UPDATE: Officials say $2.1 million in damages after fire at CarMax 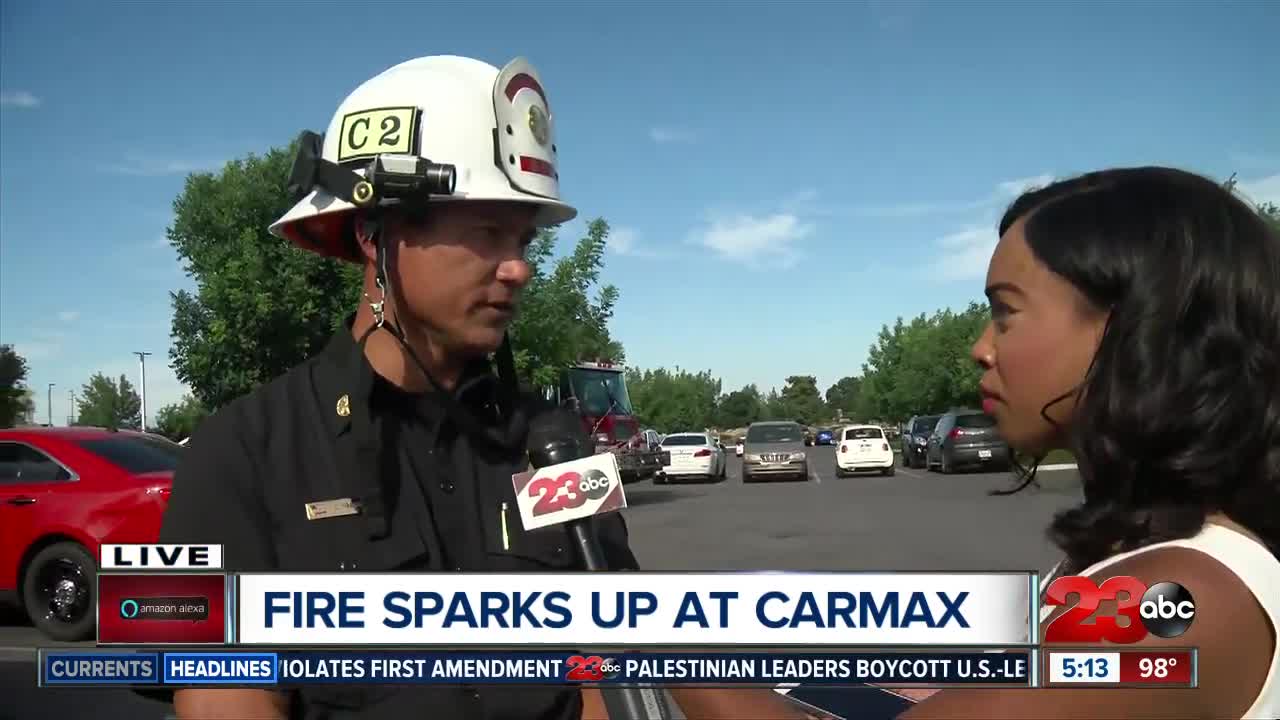 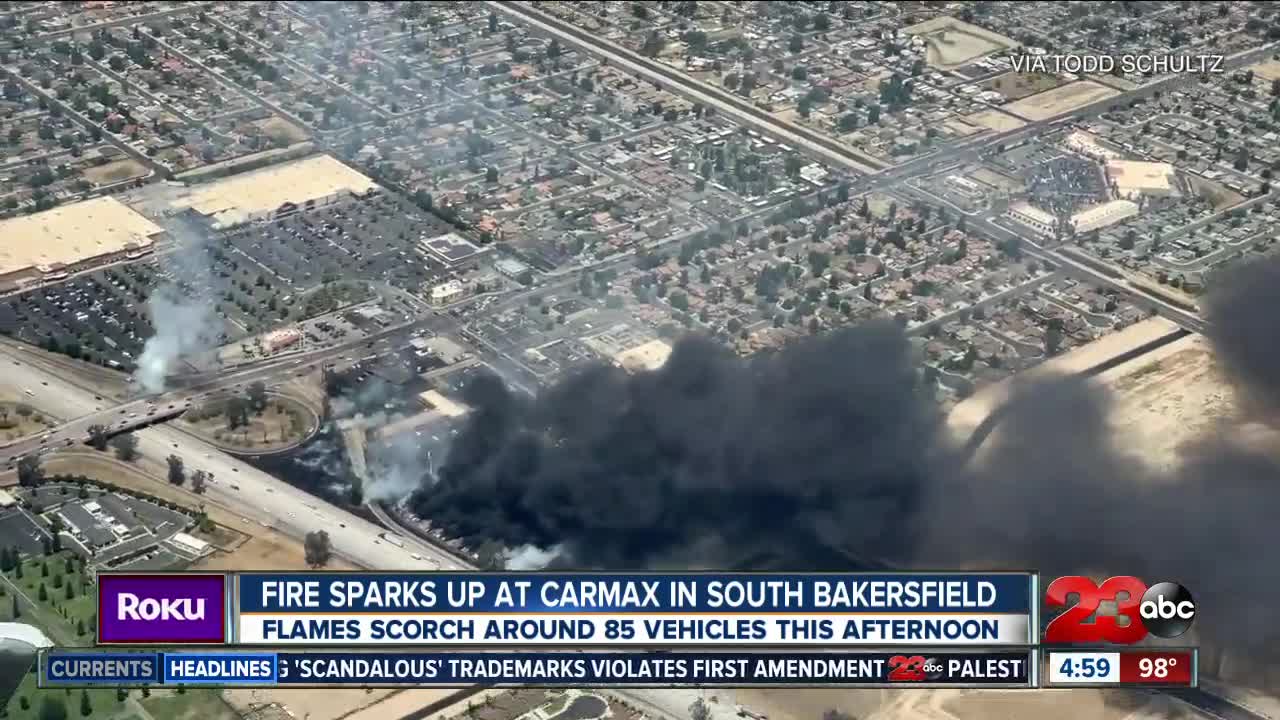 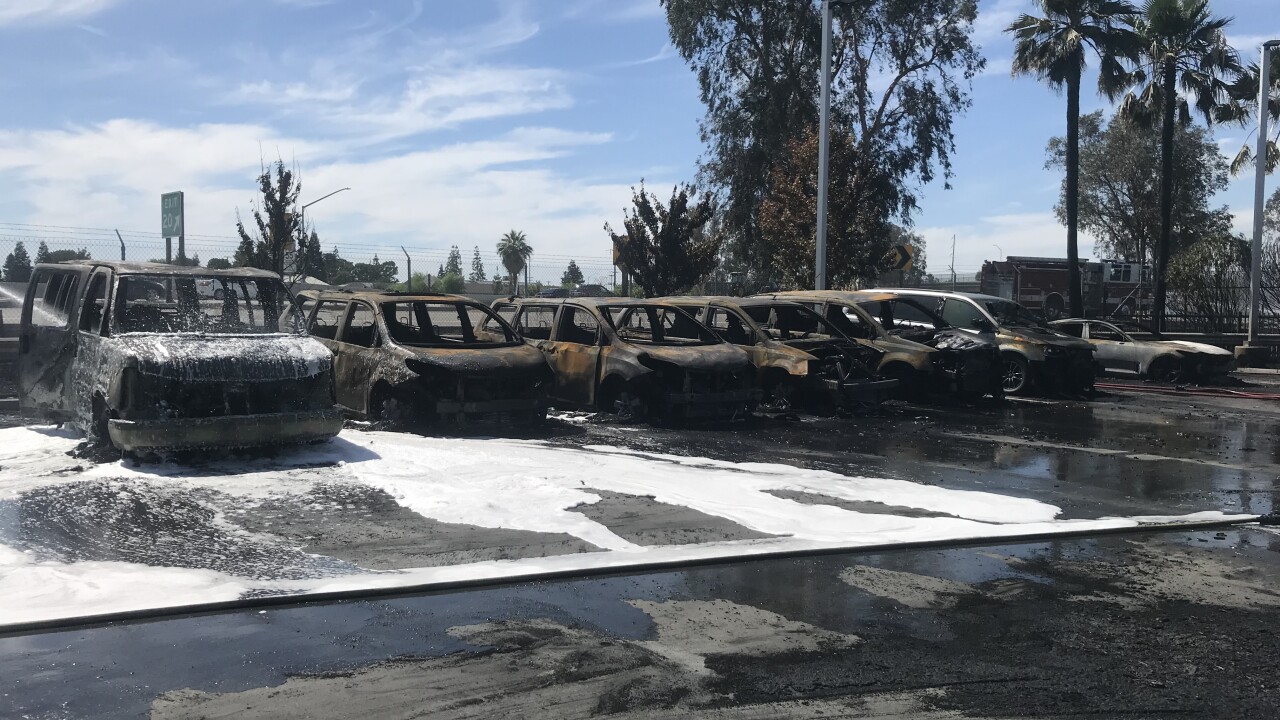 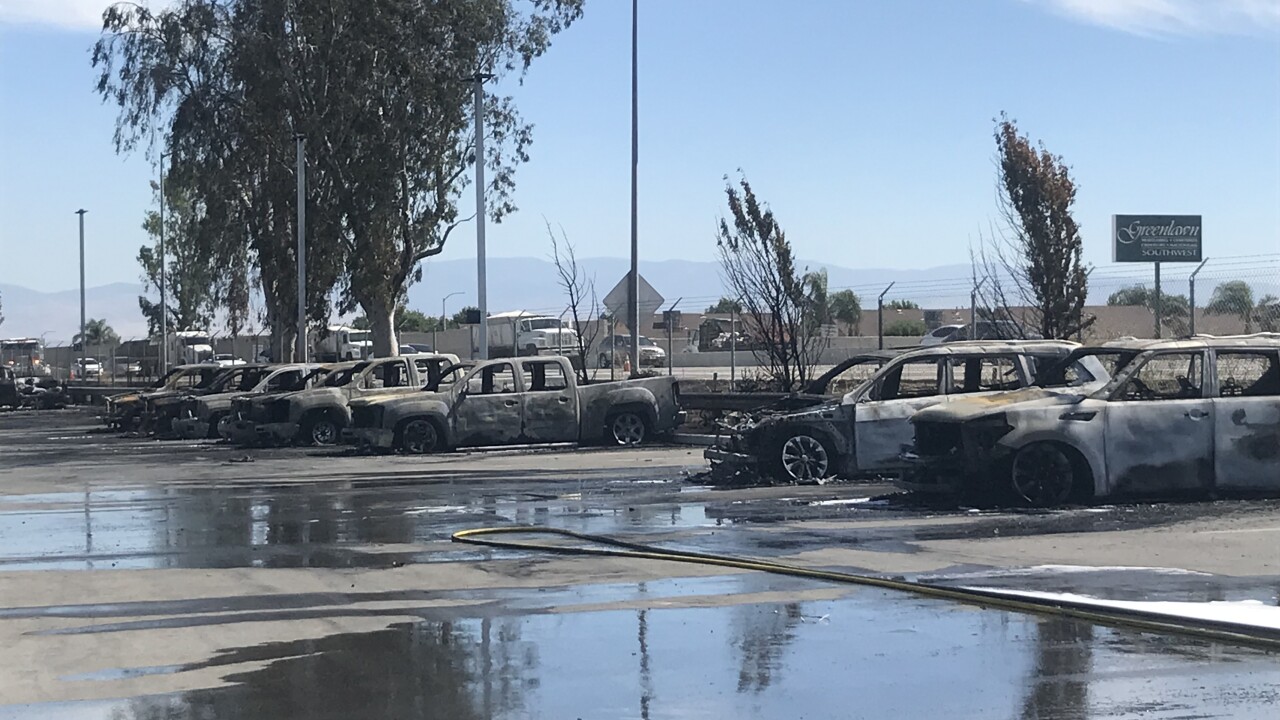 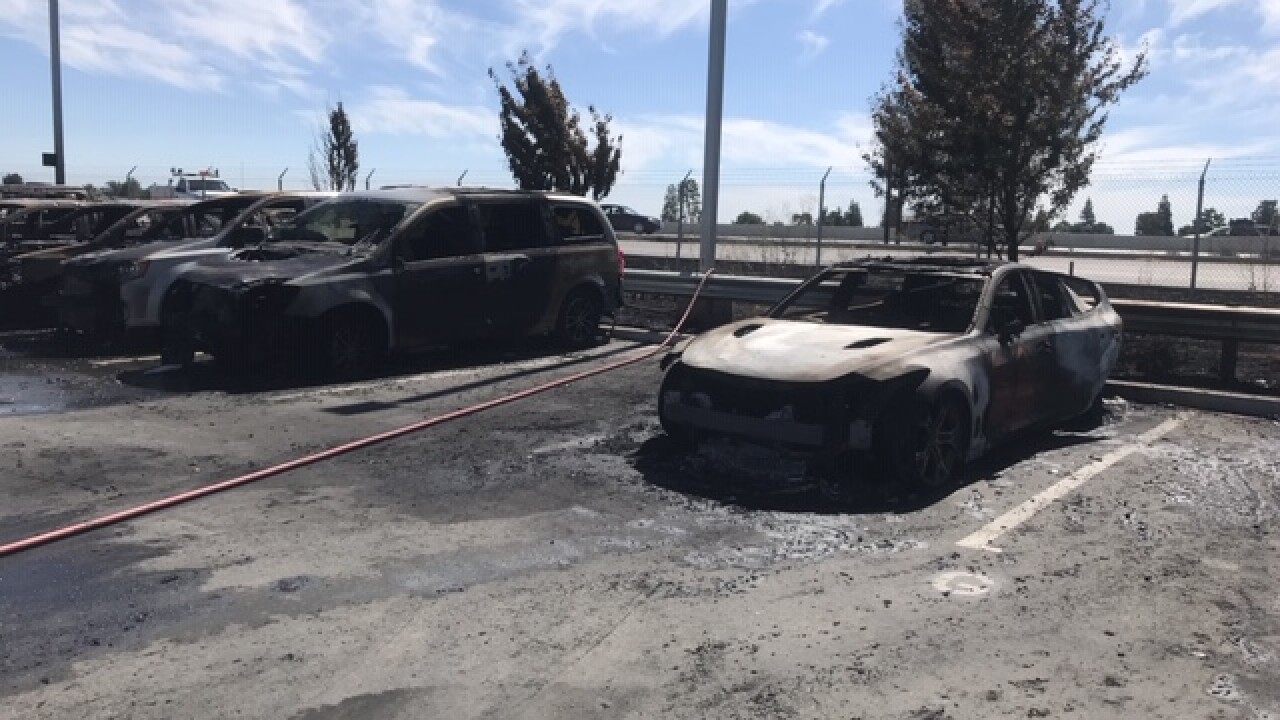 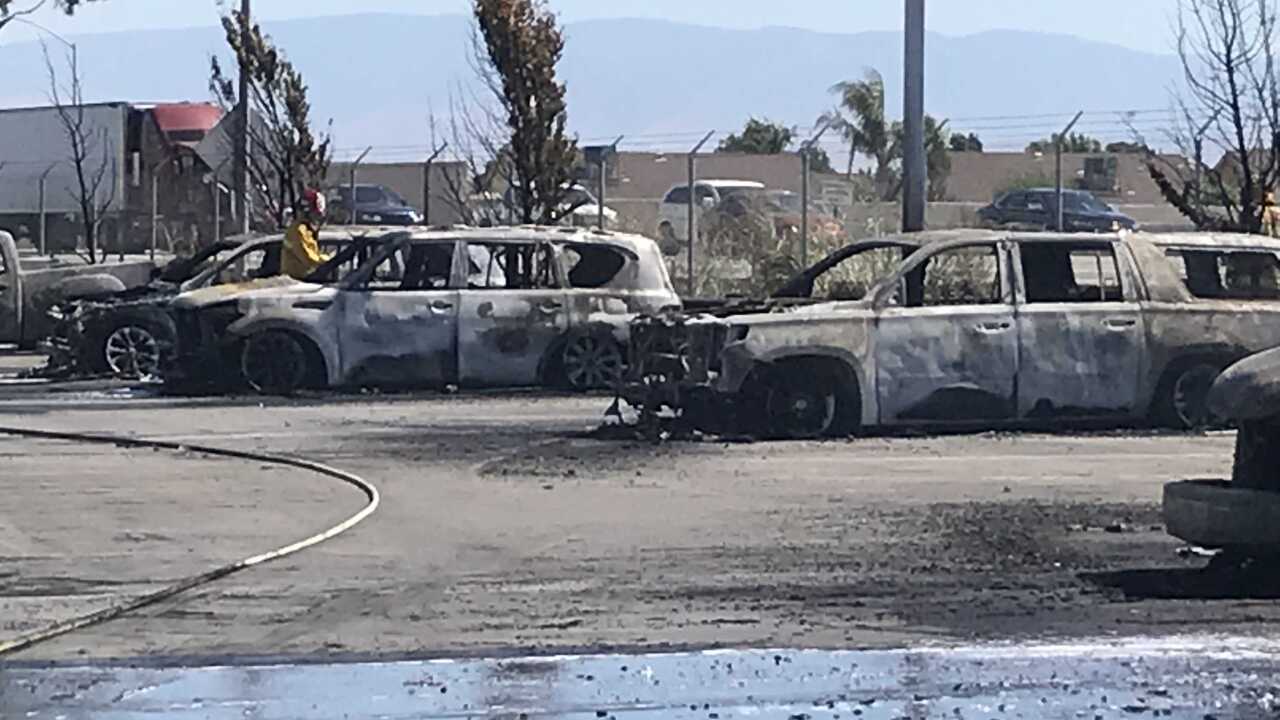 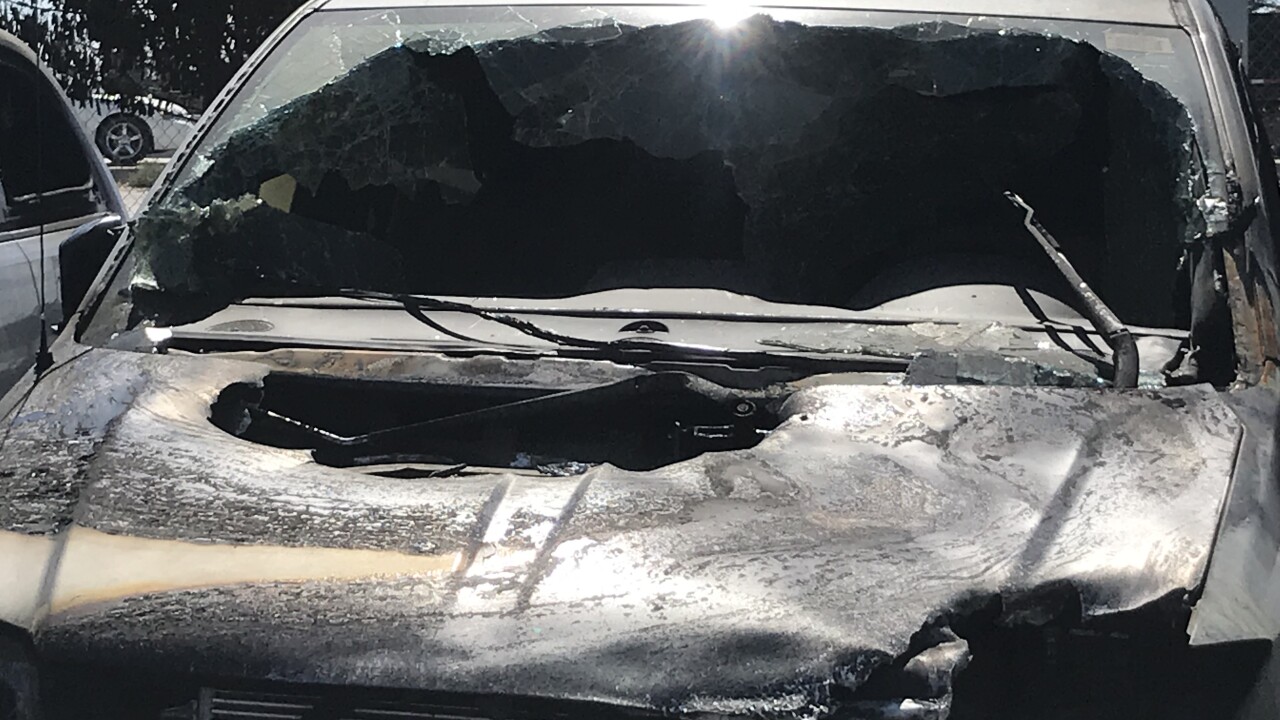 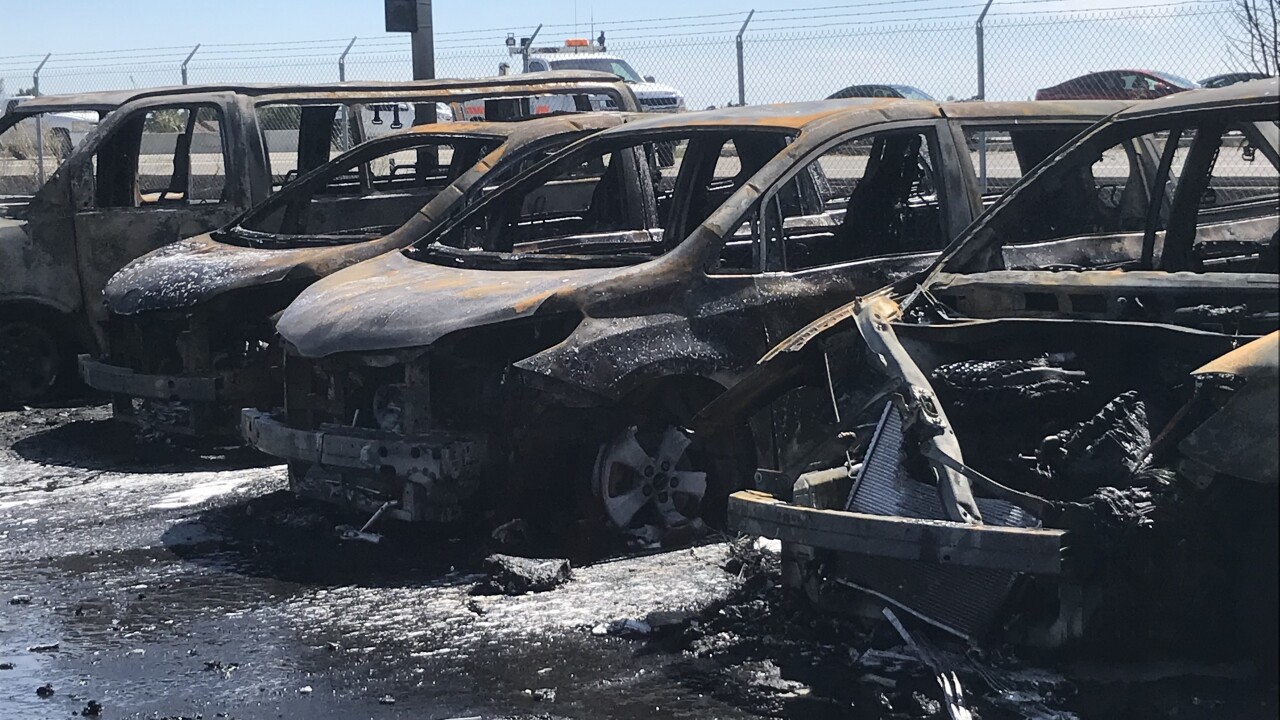 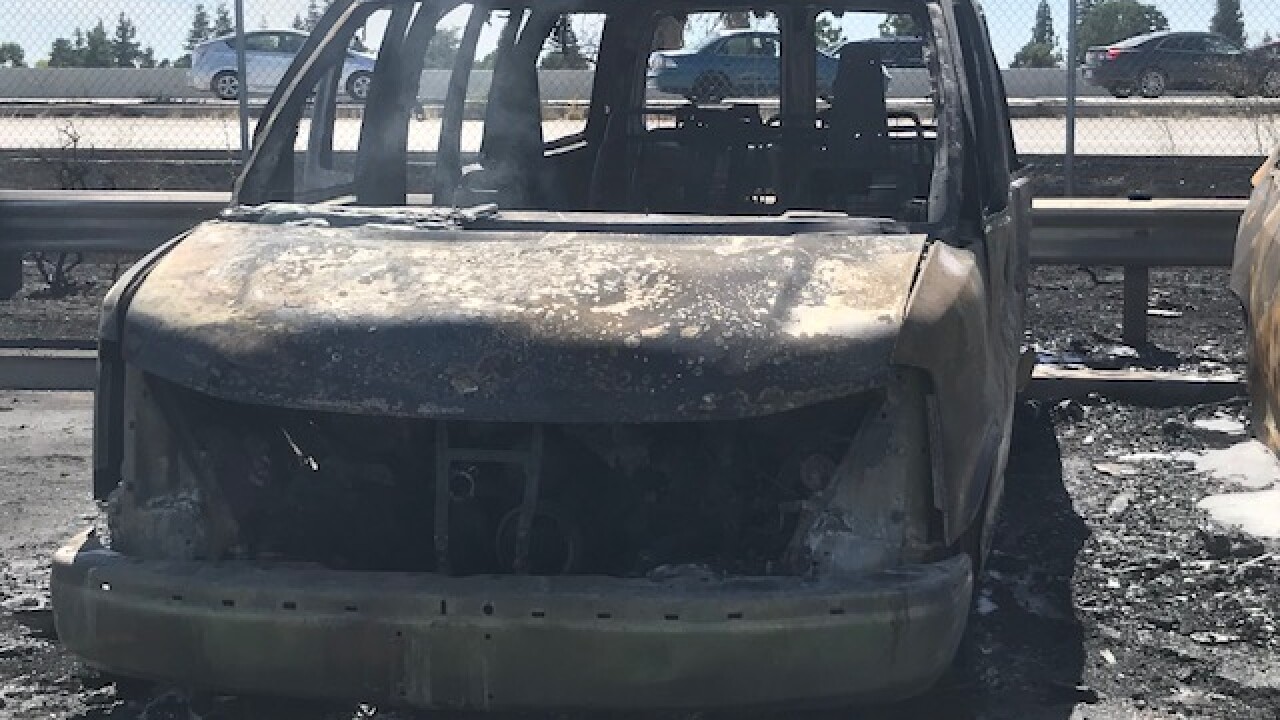 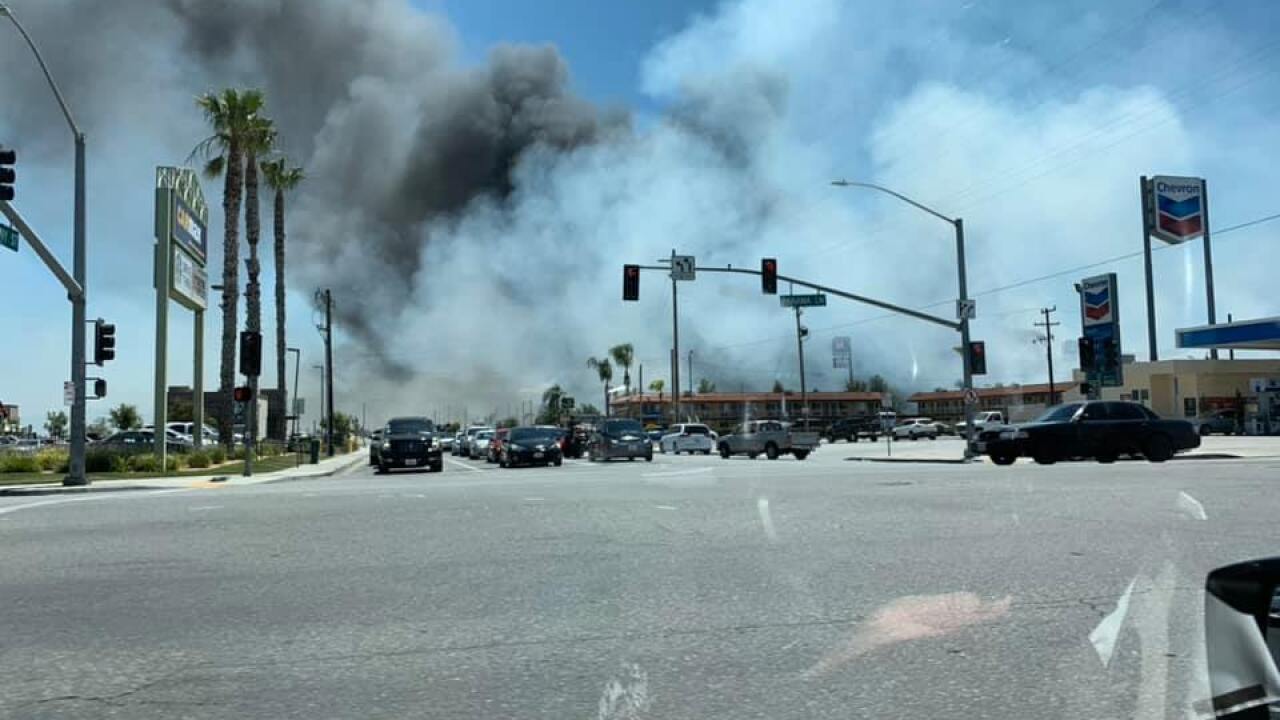 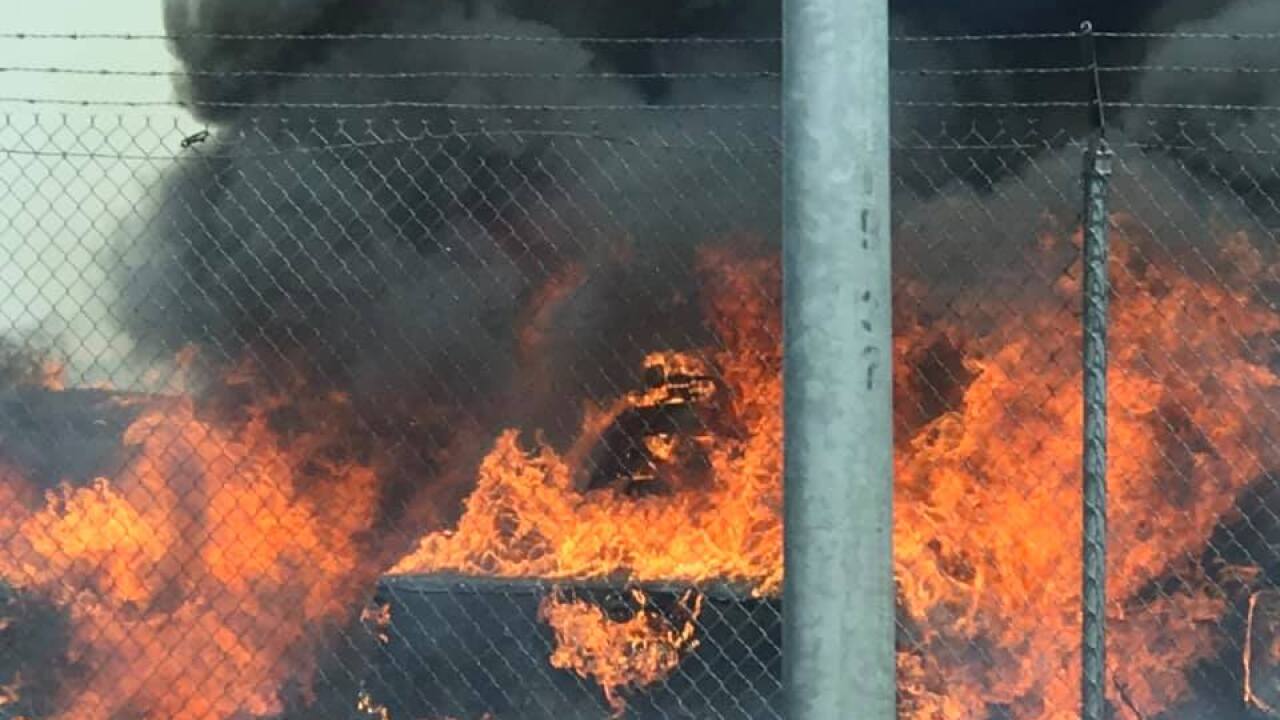 In total, 26 vehicles were completely destroyed, with another 60 at least partially damaged. The total loss is expected to be around $2.1 million.

Fire officials say before the fire, there was around $8.5 million worth of vehicles on the lot.

ORIGINAL STORY:
Officials say that a fire damaged and/or destroyed around 85 cars at the CarMax parking lot on Colony Street in South Bakersfield.

According to fire crews, the blaze happened around 2 p.m. on Monday and may have been caused by a Semi-truck traveling north of Taft Hwy. Witnesses say something that the truck was carrying reportedly sparked fire and spread at least 20 acres before reaching the CarMax parking lot.

23ABC talked to CHP who informed us that they have no reports of a big rig causing fire in the area or looking for a semi-truck driver.

Officials estimate that the fire caused around $500,000 in damages.

“At CarMax, the safety of our associates and customers is our top priority. We have evacuated and closed our Bakersfield store for their safety. We’re grateful for local emergency teams who have responded to this event. We continue to assess the damage.”

Bakersfield Fire Department and Kern County Fire both worked to put out the fires.

A 23ABC crew is at the scene and we will update you as more information comes in.