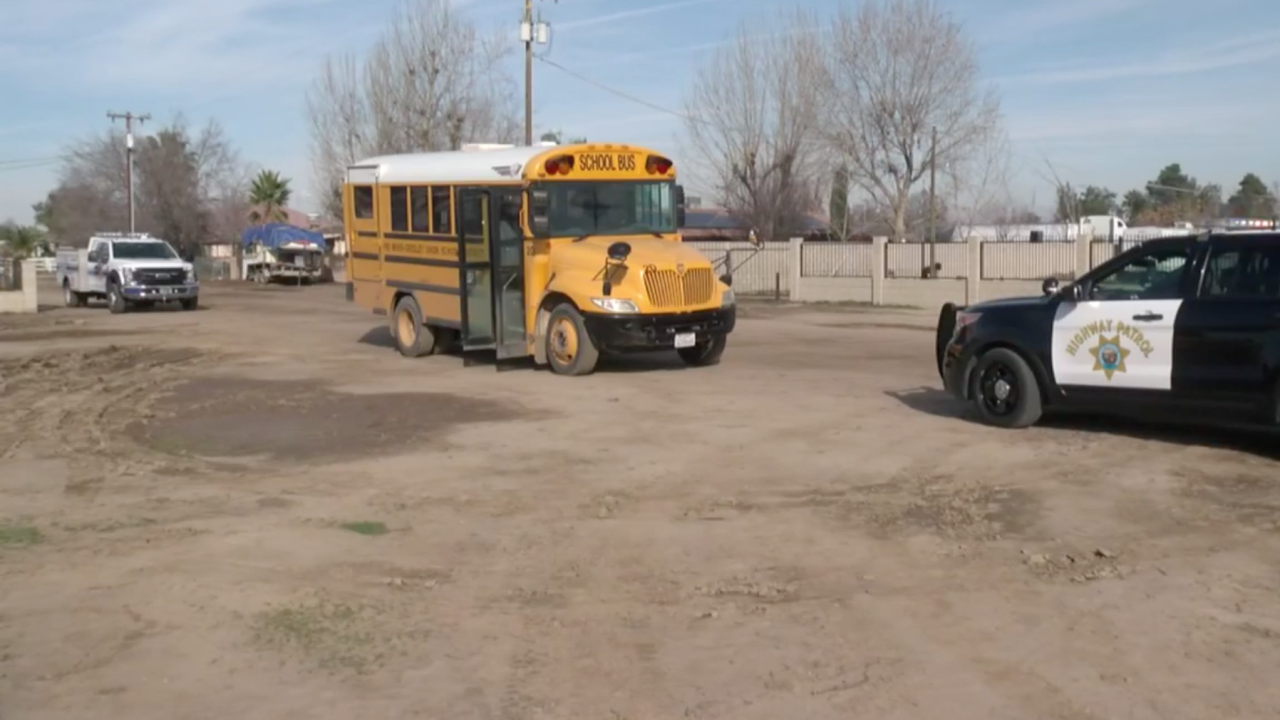 A school bus was sprayed with a possible pesticide while driving westbound on Highway 58 west of Bakersfield.

CHP says they received a call around 12:55 p.m. that a bus was possibly sprayed with pesticide. CHP says the driver was driving westbound on Highway 58 near Mayor Avenue west of Bakersfield when they saw a tractor in the nearby orchard. The tractor allegedly pulled out of the orchard, made a U-turn, and continued back into the orchard. At that time, the tractor was spraying a substance believed to be a pesticide.

The driver had the driver's side window open when the substance hit the front of the bus. The driver reported feeling the spray, and a bus aide on-board reported smelling chemicals. The bus driver then pulled over and called the school district, who notified authorities.

The driver, bus aide, and four children on-board the bus were evaluated by medical personnel. CHP says no one is complaining of effects of pesticide exposure.