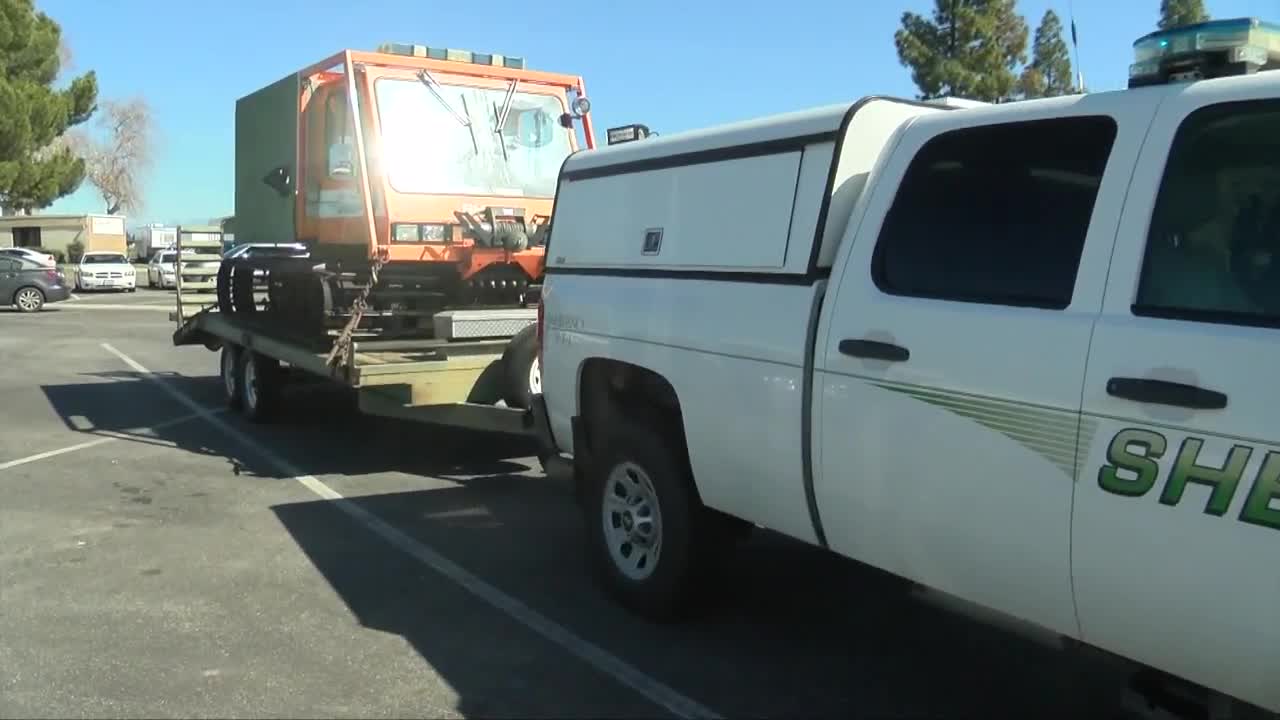 The decades-old equipment is all donated and multiple machines failed during the recovery.

BAKERSFIELD, Calif. — The Kern County Sheriffs Department's Search and Rescue team is not only almost completely volunteer-based, but also relies on donated equipment. Search and Rescue has four donated snow cats, which are outdoor, all-terrain vehicles meant for snow rescues.

When a plane traveling from San Luis Obispo to Los Angeles crashed in the Tehachapi mountains, Search and Rescue was tapped to locate the crash site and the snow cats are the key tool to get there.

But according to Search and Rescue, the snow cats they have are decades old. One was already broken when the plane crashed Thursday night, and during the days following, the other three all broke down during the search. KCSO then had to call both the Mono County Sheriffs Department and Fresno County Sheriffs Department to bring their own equipment, which was used to reach the site and find the three bodies by Sunday.

Sgt. Zack Bittle said it's frustrating to rely on such old equipment in life or death scenarios. The County will fix the broken snow cats, but Sgt. Bittle said what's really needed is newer machines.

"We're putting band-aids on these old vehicles and we're getting them fixed and repaired and using band-aids, and we're running out of band-aids," said Sgt. Bittle.