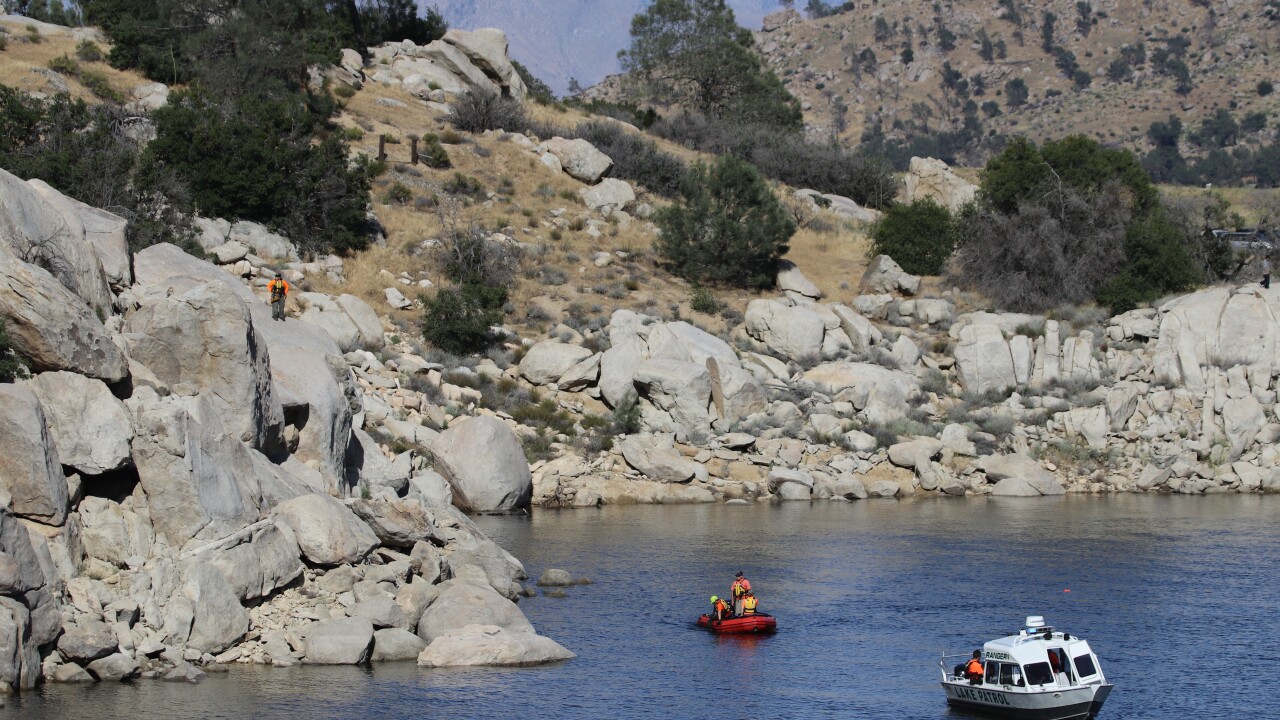 LAKE ISABELLA — The search area for a boater that went missing in Lake Isabella has expanded around the French Gulch Recreational Area.

According to the Kern County Sheriff's Office, search efforts are continuing for a 36-year-old Los Angeles man who went missing at Lake Isabella on June 9.

According to KCSO, the man jumped from his boat to swim to shore, but had not surfaced in the area of the French Gulch Marina at Lake Isabella.

KCSO says the search continued Tuesday morning and has been expanded. KCSO says this is now the third day of the search. Kern Valley Search and Rescue and the Dive Team are assisting with search efforts.