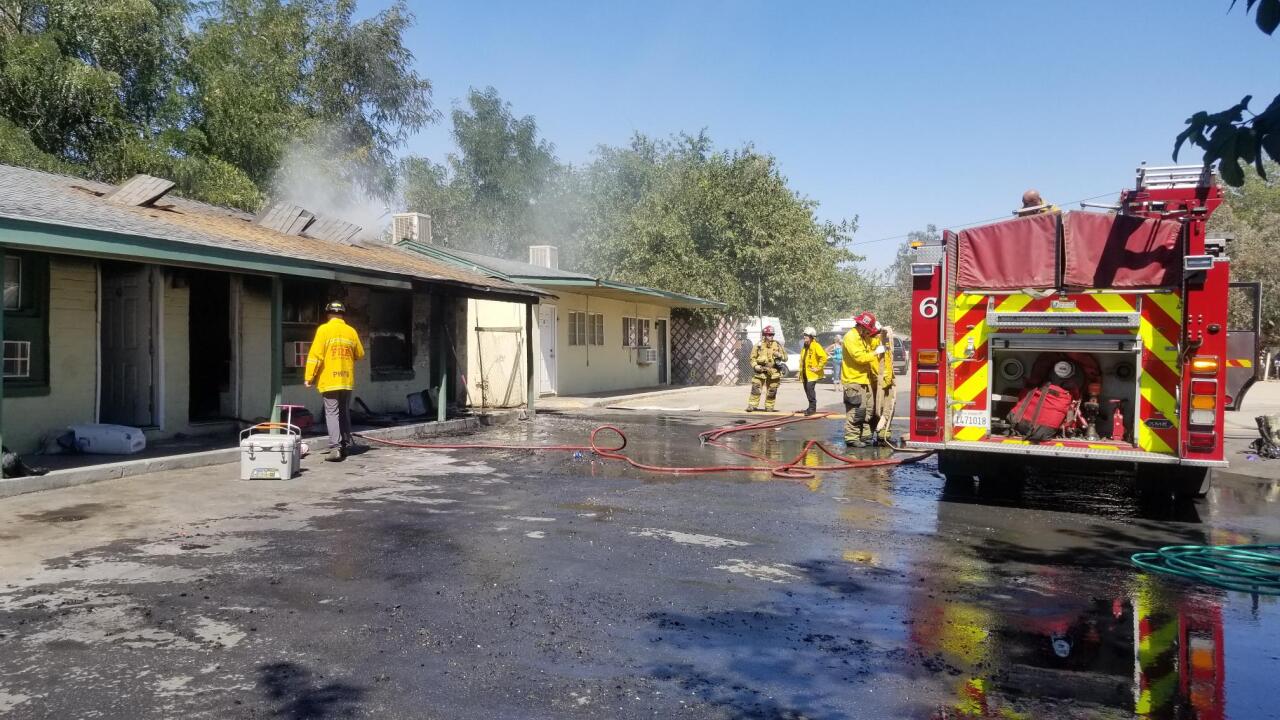 BAKERSFIELD, Calif. — One person suffered minor injuries and approximately five to 10 people are displaced following a fire that erupted in at the Sunset Motel in Southeast Bakersfield Thursday afternoon.

Bakersfield Fire crews responded to the call at 1108 S. Union Avenue around 2:41 p.m. When they arrived they found two units with interior smoke and flames showing. Crews reacted quickly and were able to get the blaze under control in a matter of minutes.

BFD said police responded as well to assist with traffic control in the area. At this time, one northbound lane is closed on S. Union Ave.

Red Cross is on-site to assist with those who have been displaced by the blaze.

BFD said they will remain on-site for approximately two hours and crews continue the cleanup.

Arson investigators are on-scene and the cause of the fire is unknown.