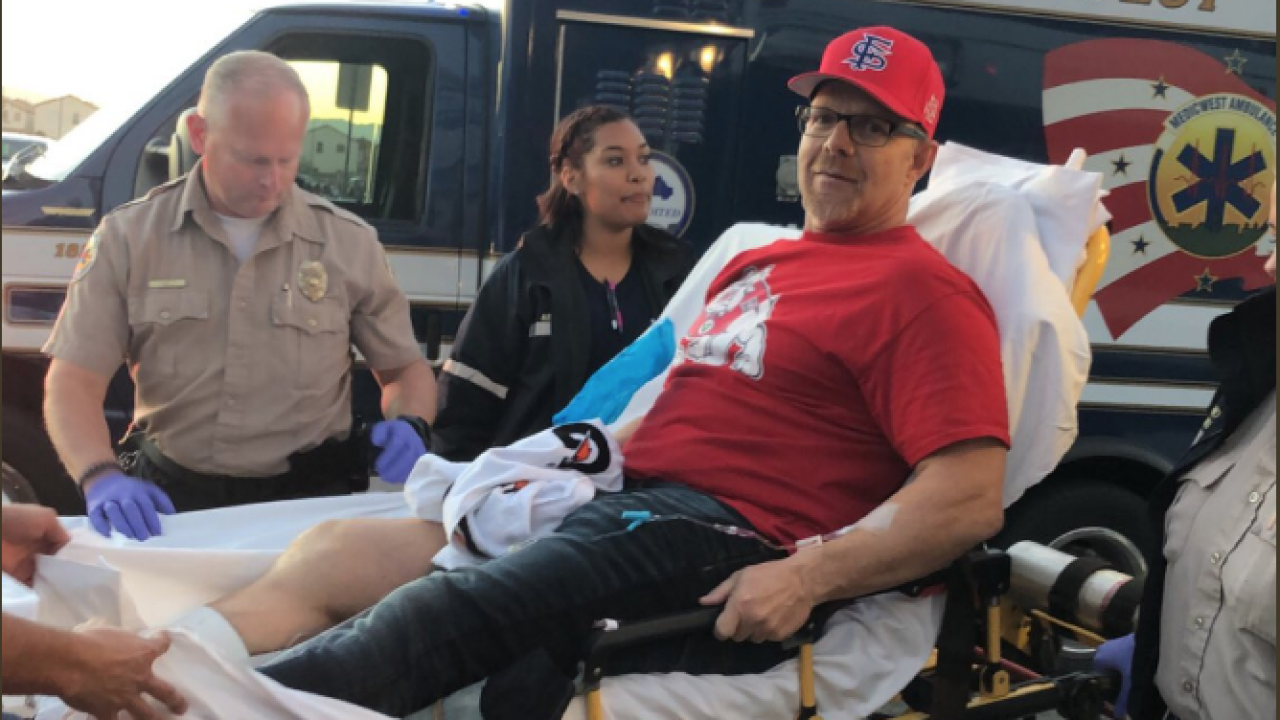 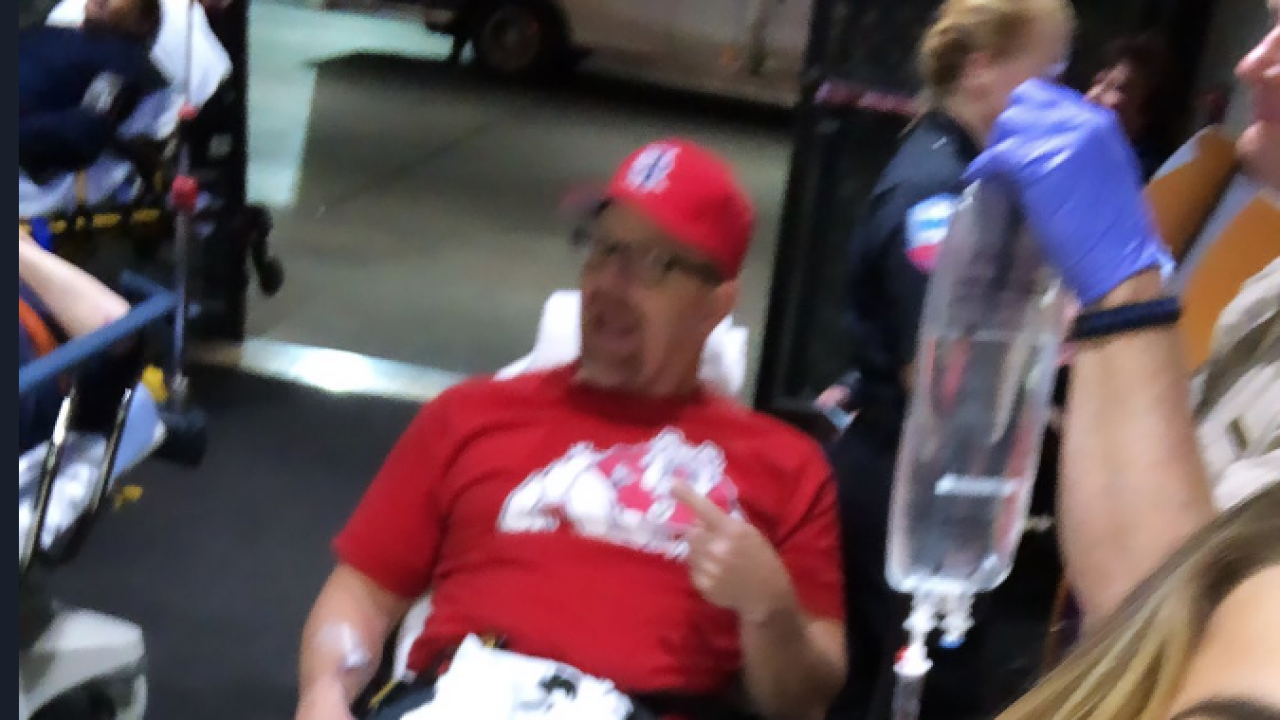 BAKERSFIELD, Calif. — A Fresno State fan from Bakersfield broke his leg while celebrating his teams win on Saturday. Dave Boyt, a Shafter High vice principal jumped from the stadium onto the field and broke his leg according to his daughter.

She said that the surgery went great and that he's back in Bakersfield.

My dad was so excited when Fresno state won he jumped from the stadium on to the field and broke his leg😂 he was still chanting Fresno state as he got dragged away in a gurney... talk about a super fan pic.twitter.com/4hA37JWnxT