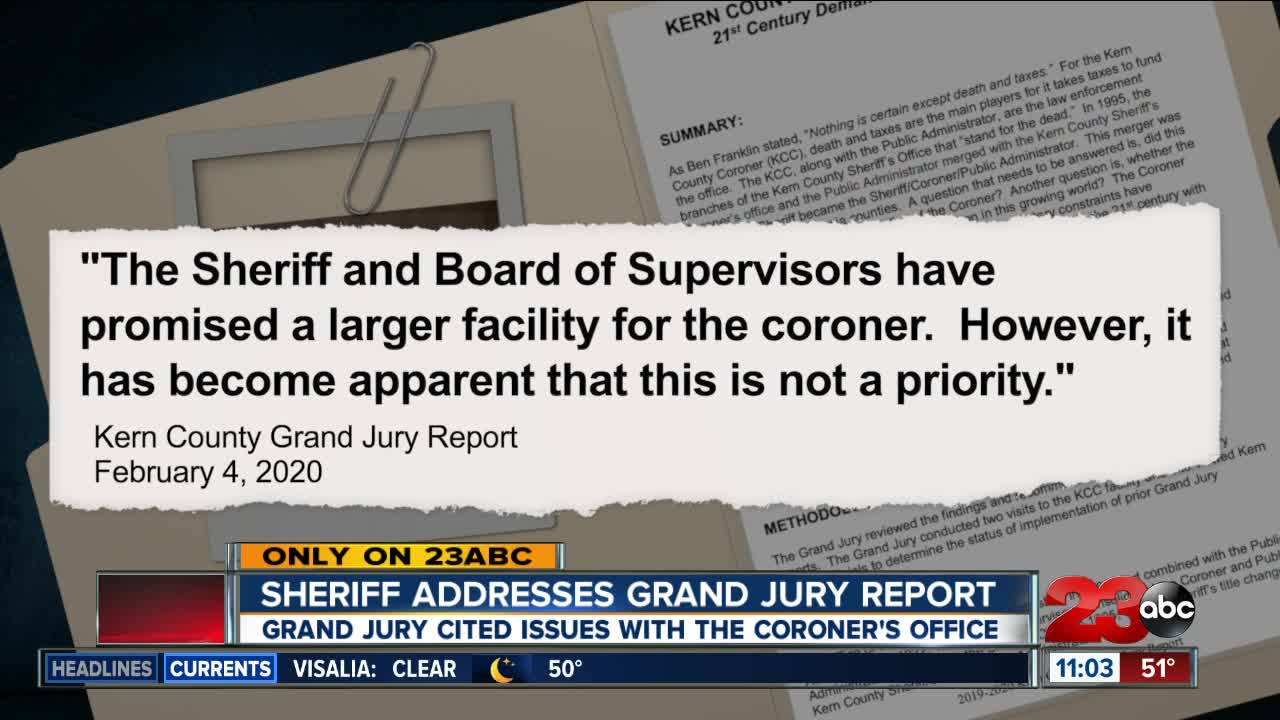 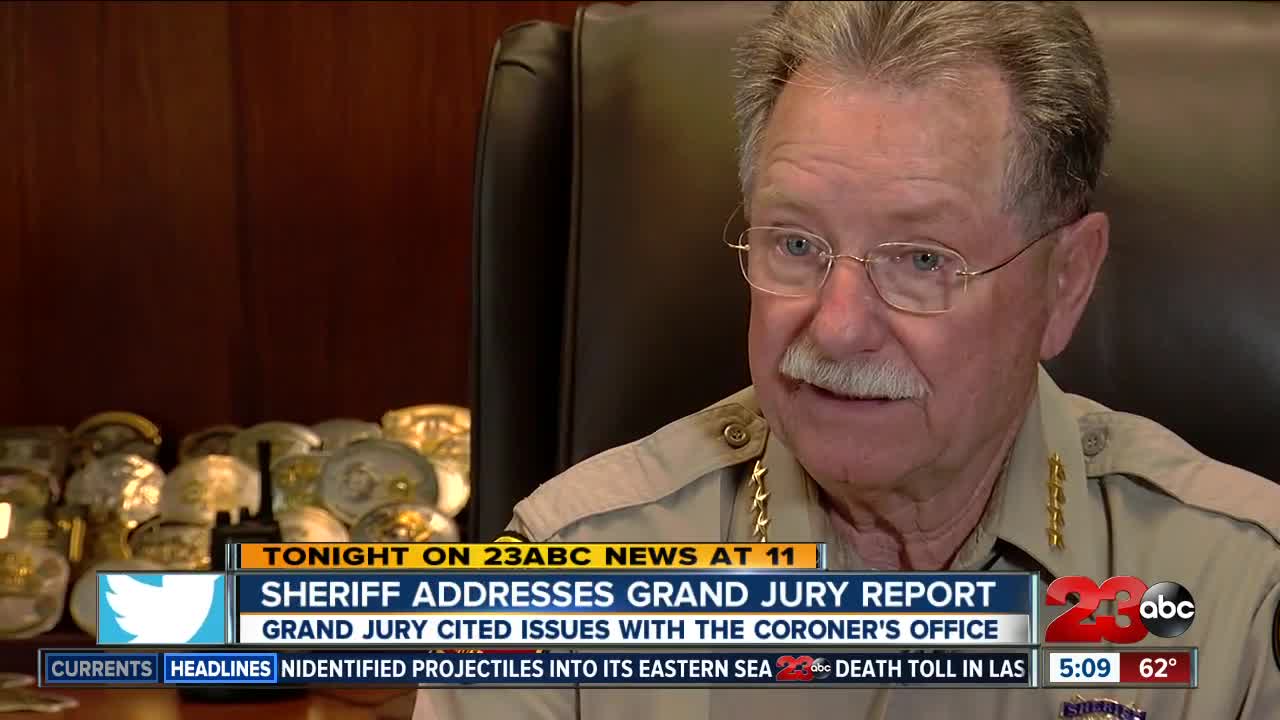 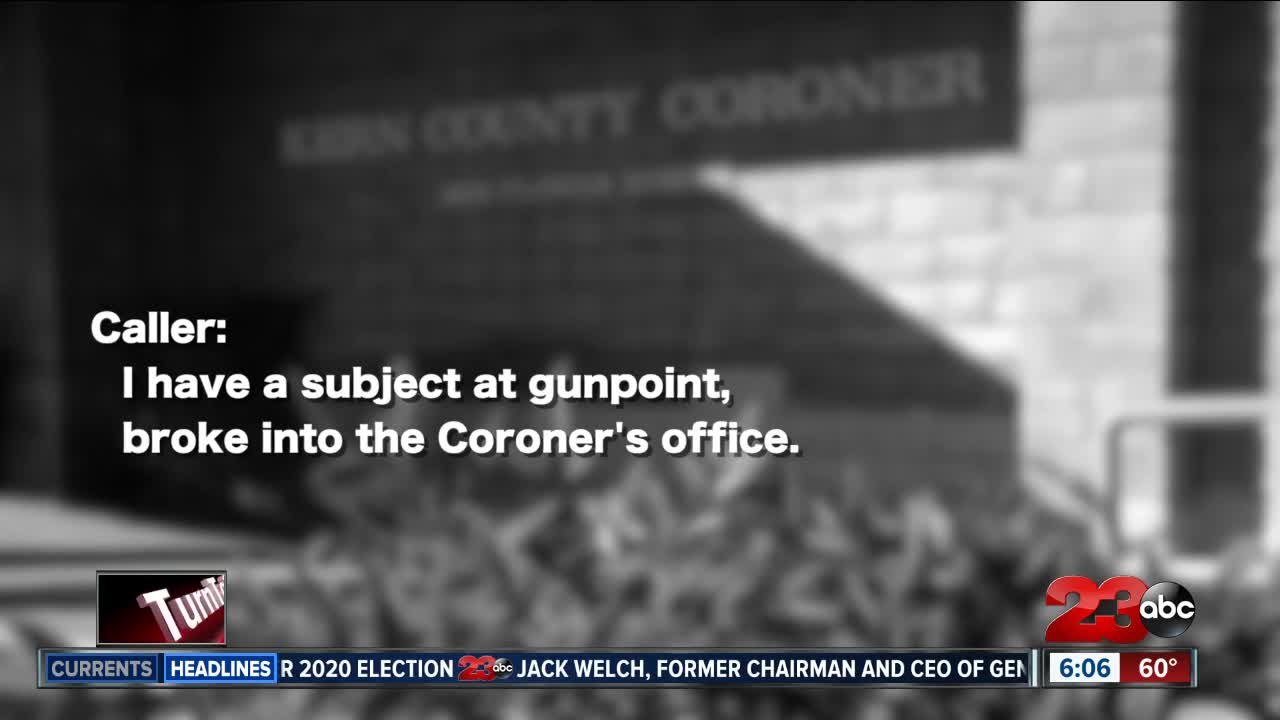 BAKERSFIELD, Calif. — Kern County Sheriff Donny Youngblood said he's never been as sure as he is not that the Coroner's office will get a new facility.

In an exclusive interview with 23ABC on Monday, Sheriff Youngblood said the department is actively working to acquire a location that would work as a new facility.

The announcement comes weeks after the Kern County Grand Jury released a report which said the current Kern County Coroner's Office is running out of an inadequate facility, hampering operations. For the first time since the report was released, Sheriff Youngblood addressed the findings.

"It's a balancing act. We are now working on that coroner's facility and, it is, it's always been a priority, but it's really on top of, number one, one the burner right now. We're working diligently to get that because we've just simply outgrown where we're at." said Sheriff Youngblood.

The sheriff told 23ABC the department is already working to fix some of the issues found by the grand jury, but said other issues like staffing shortages rung throughout the department.

"Deputy coroners are hard to ind, they're hard to recruit." said Sheriff Youngblood. "It's not a job that's the most tasteful around and we don't have enough of them."

The sheriff said he knows the current coroner's office isn't big enough, it's not built correctly, and it causes the department a lot of issues, but they haven't started making upgrades becuase he said it won't be at that location forever.

"We don't want to buy all new stuff for a facility we're going to move out of." Said Sheriff Youngblood. "We're putting a band-aid on the coroner's office until we can find the correct facility at the correct price and move and then I think we'll see a different environment for our employees."

The sheriff said they've looked at different properties before, but because the coroner's office has unique needs, it's not always easy to find. Right now though, the sheriff said they're looking at a property that they're trying to acquire and think this one might work out.

"I've never been as sure as I am now. Doesn't mean it's going to happen, but I'm pretty sure that we're going forward. We're in talks with the [County Administrative Officer] that we've never been in talks with before and they get it because they're getting complaints as well." said Sheriff Youngblood.

The sheriff said the department is also working alongside the board of supervisors in their search and he hopes that by the time they present the facility to the board, it will be approved.

"We want to make sure it's done and done correctly. We've been through a couple of buildings that we thought might work that didn't, so hopefully this one will."

The sheriff said if the plan moves forward he's hopeful that the coroner's office will be ready to move into the new facility within a year.

23ABC reached out to the the Board of Supervisors chairperson Leticia Perez for a response to the grand jury report on Monday, but have not heard back.