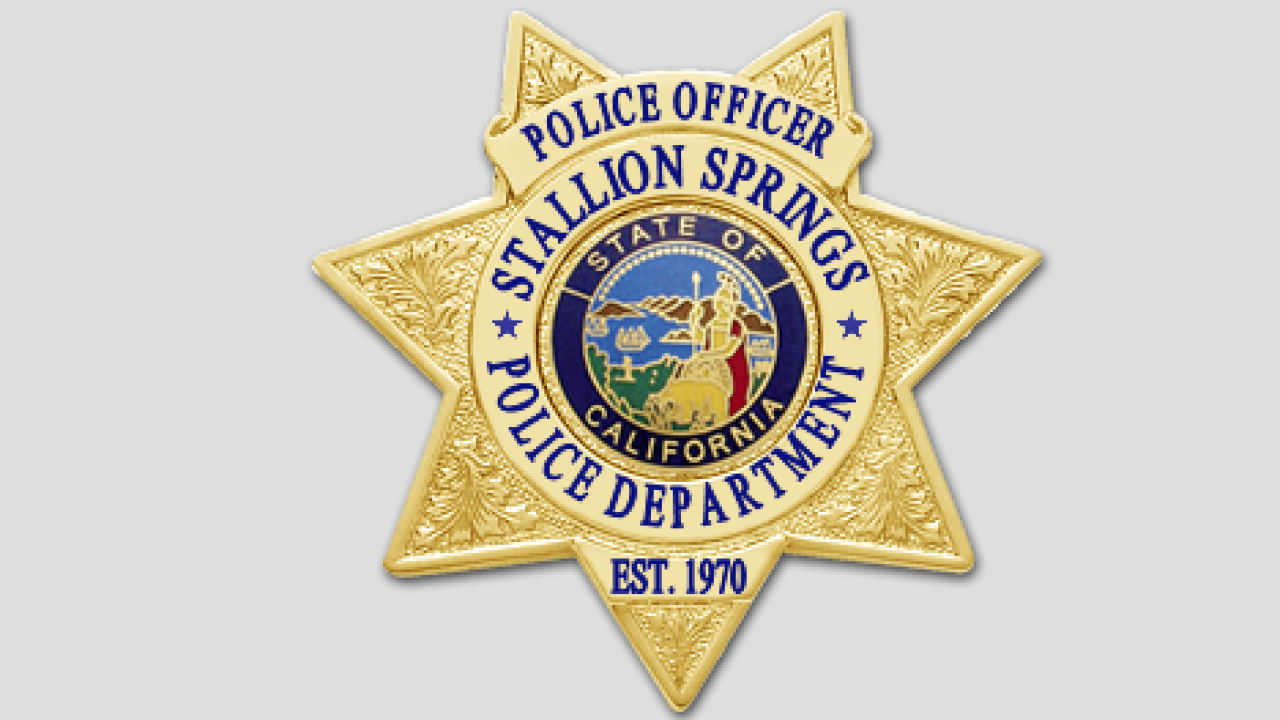 During the investigation, officers discovered that a residence had been burglarized and following a search, they observed a suspect vehicle.

A traffic stop of the vehicle then led to the arrest of 19-year-old Michael Aguilar of Tehachapi on suspicion of burglary. Officers believed that a female suspect was still in the area and with assistance from Bear Valley Police and KCSO, they located 31 year-old Laura Hale and placed her under arrest.

The stolen property included electronics, jewelry and household goods. Both suspects were booked into the Kern County jail on suspicion of residential burglary and conspiracy. This is an ongoing investigation. Anyone with information concerning the crime is asked to call the Stallion Springs Police Department at 661-861-3110.