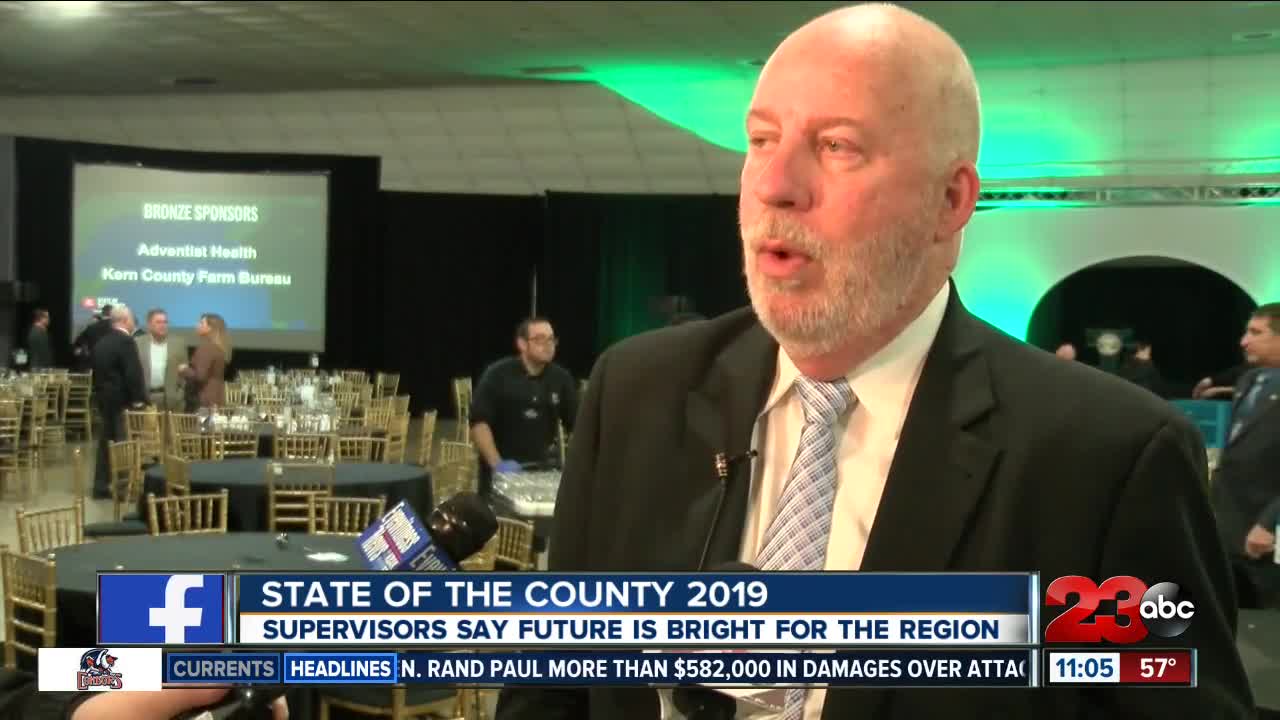 Kern County Supervisors say the future is bright for the region.

“In May of last year Kern County was actually named the wind capital of the world,” said Couch. “We’re the number two oil producing county in the nation. 72% of California’s total production is done right here.”

“They don’t realize what a great community and what kind of assets that we have here,” He said. “The rest of the country feels more positively about Kern County than the people that live here do.”

However, Supervisor Couch also took time to address the challenges facing Kern County, saying the biggest of those challenges is the county’s 4 year budget plan.

“When the price of oil went from 100 to 20, we suffered a huge loss in revenue,” Couch said. “And we adopted a plan to get us through that four years with the spending of reserves and cuts every single year and we’ve got one more fiscal year to get through to hopefully get us back on really solid footing.”

Nevertheless, Couch maintains that the road ahead is looking good for Kern County.

“The future is really bright. We don’t even realize the potential that we have in some cases and we just really need to get out there and tell our own story.”

Supervisor Couch retained his seat on the Board of Supervisors last November. His win came after the Mexican American Legal Defense fund successfully sued the County, stating that the previous district lines violated the U.S. Voting Rights Act. This forced the Supervisors to redraw District lines and Couch to defend his seat two years early.