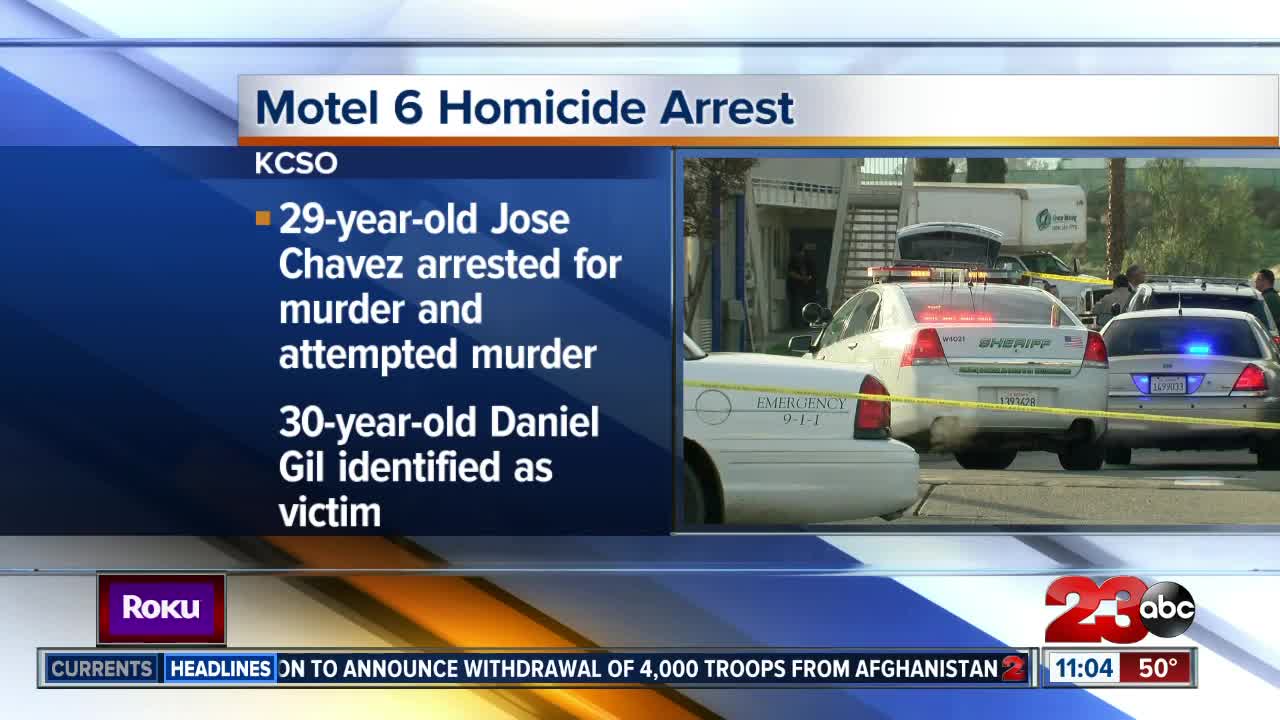 We now know the identities of two men who were shot and killed over the weekend in east Bakersfield.

BAKERSFIELD, Calif. — The Kern County Sheriff's Office has arrested 29-year-old Jose Chavez for murder and attempted murder at a Motel 6.

According to officials, on December 12 around 7 a.m., deputies found 30-year-old Daniel Arturo Gil shot and two others injured when they entered the hotel located at 8223 Brundage Lane.

The other two victims were treated and released.