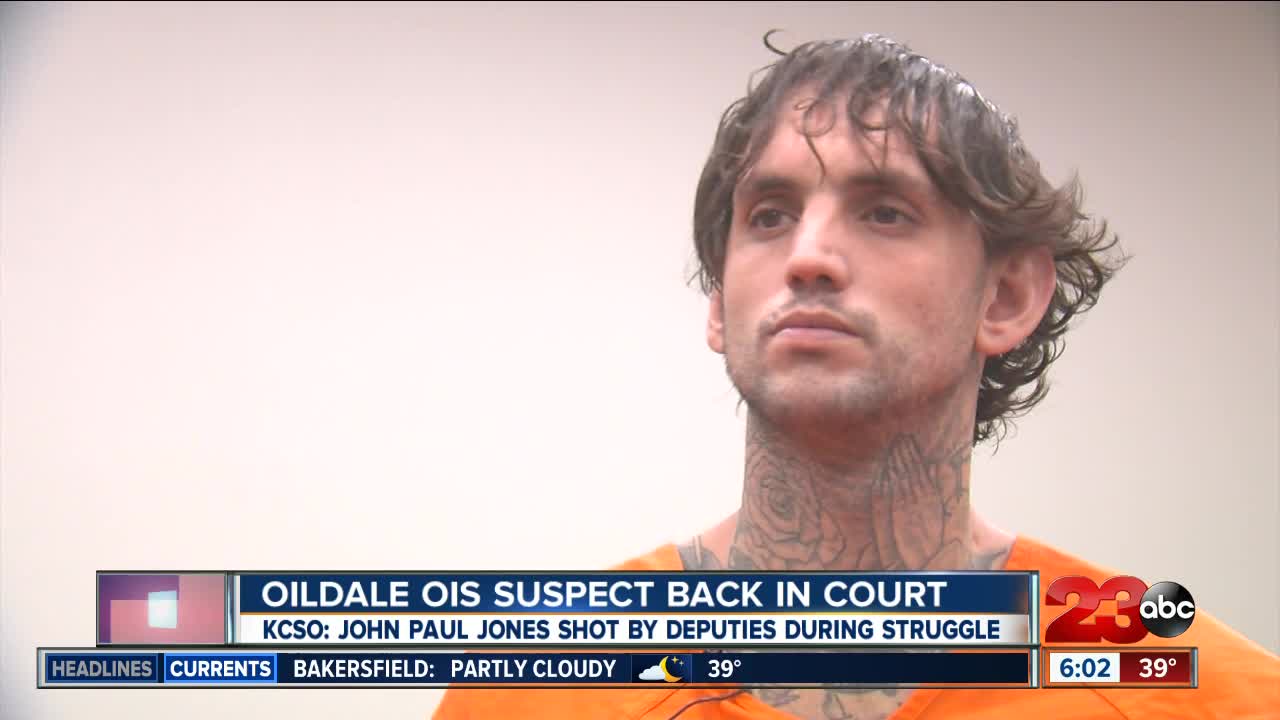 A man accused of fighting with Kern County sheriff's deputies before ending in an officer-involved shooting in Oildale Is set to be in court again on Thursday.

BAKERSFIELD, Calif. — A man accused of fighting with Kern County sheriff's deputies during a confrontation that ended in an officer-involved shooting in Oildale was scheduled to be in court Thursday morning, but his hearing was postponed.

John Paul Jones' pre-preliminary hearing was moved to Jan. 11, according to a court clerk.

Jones, 35, told 23ABC in a jailhouse interview that he was passing through the neighborhood near McCord and Plymouth avenues on Dec. 12 when he was shot by deputies during a struggle.

Sheriff’s officials said a .44 revolver allegedly fell out of the suspect’s pants as he struggled with a deputy, and Jones reportedly reached for the gun while on the ground.

The investigation revealed that one of the two deputies on scene feared for their safety during the incident, prompting him to fire one round from his duty weapon, according to KCSO.

Jones was struck in the shoulder, and the round also ended up hitting the other deputy in the wrist.

The suspect and injured deputy were taken to a hospital for treatment. Both were later released.

Jones was later booked into the Kern County Jail and is facing several charges, including resisting a peace officer causing serious injury, and possession of a firearm and ammunition by a felon.