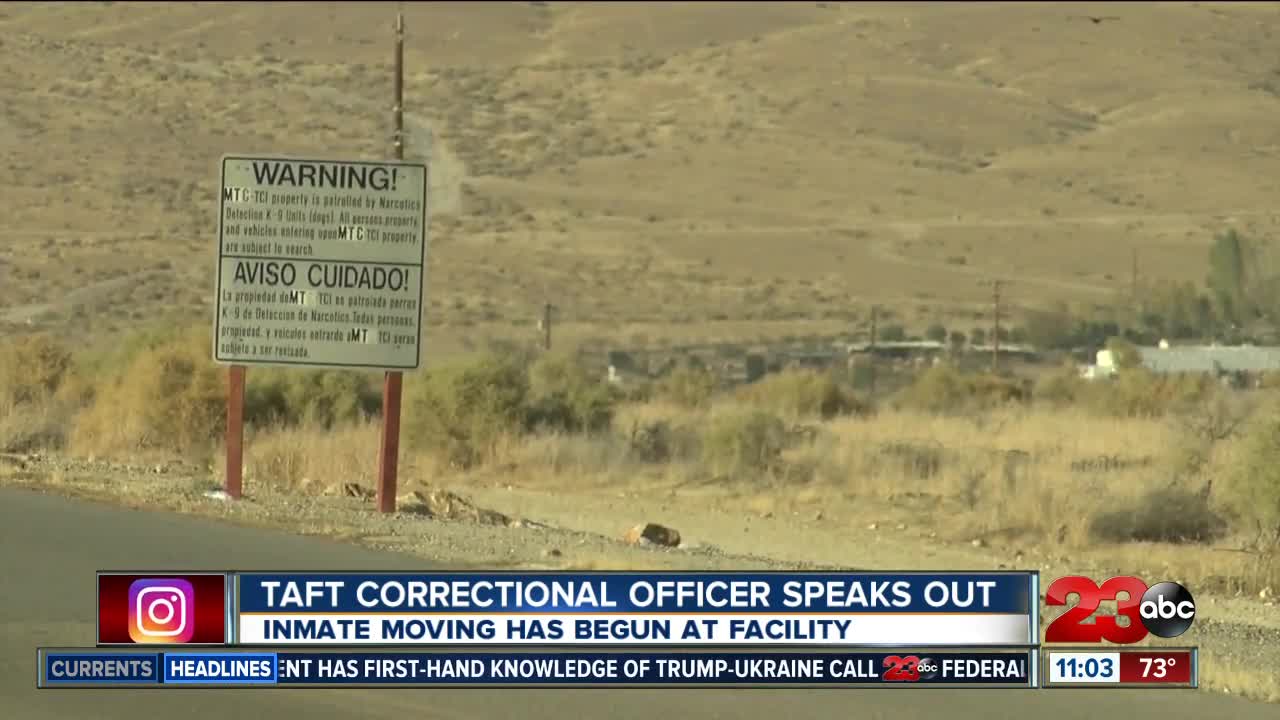 TAFT, Calif. — A correctional officer at the Taft Correctional Institution is speaking out after news that the facility is expected to close by the end of January 2020.

Scott is looking for new work herself. Officials last week said they plan to close the facility by the end of January 2020. She and her husband were blindsided, both work at the prison and rely on the paycheck to support five kids.

"We're both scrambling for new work, our kids are being affected by it, of course, you know, any financial issue that you have, that's being affected," Scott said.

Taft city officials have also voiced concerns about the closure, as the loss of the 2,000-plus member prison contributes to Taft's population count.

"Any grant funding or or state or federal funding that's based on population, that really affected the city of Taft," said chief Damon McMinn of the Taft Police Department.

Scott says that goes even further. She says many families move to Taft just to visit loved ones that are incarcerated. She says authorities began transferring inmates out to other prisons.

The shakeup in the city is happening because the bureau of prisons says $100 million in repairs are needed for the facility, that's money that they don't have. House Minority Leader Kevin McCarthy also surprised by the news, requesting that the closure be suspended, and the funding found.