The Facebook event 'Area 51,they can't stop us all', creator approached by FBI 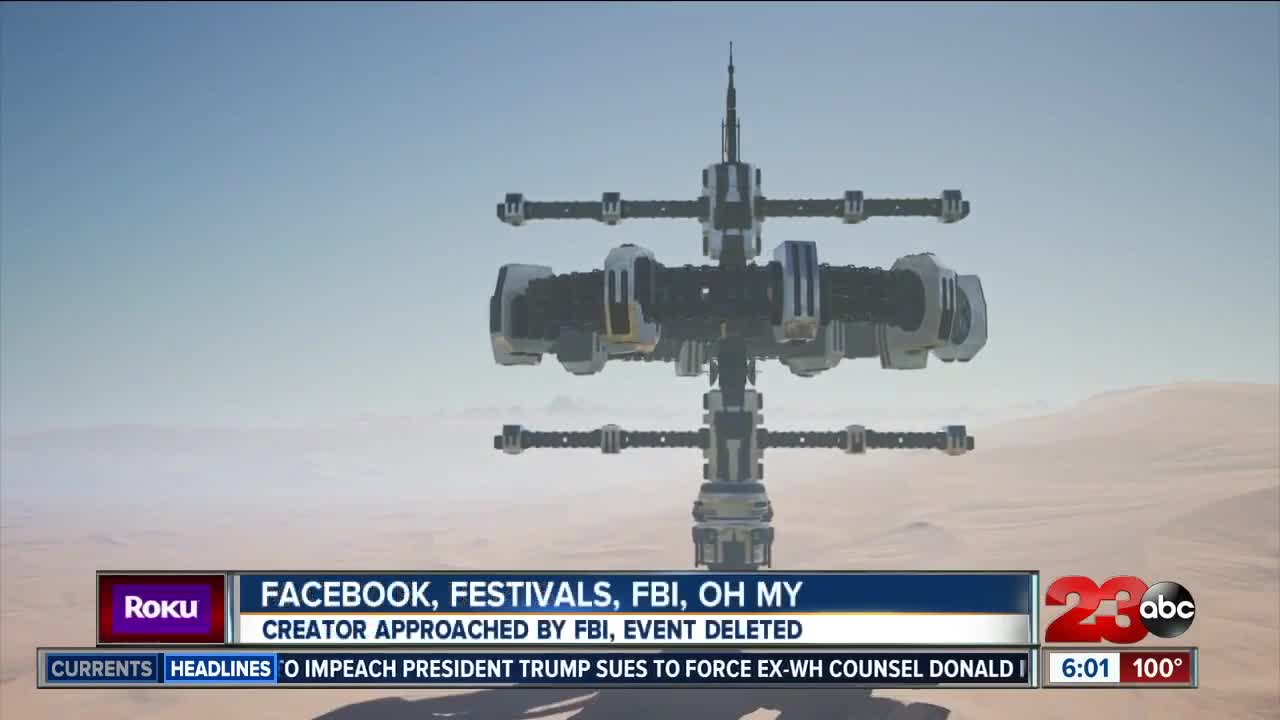 BAKERSFIELD,Calif. — What started as a Facebook event joke has reached millions of people. Now it is turning into an alien enthusiast festival. 23ABC spoke with the creator Matty Roberts, who says the FBI did come knocking on his door.

“I never foresaw this happening to me at all, I have never done anything that has reached this scale of attention and it's completely surreal and really cool,” said Roberts.

It's officially 44 days until the “Storm Area 51, They Can’t Stop Us All Event” takes place in Nevada on September 20th which has now been warped into a festival that even got the attention of the FBI.

“So, the FBI showed up at 10 a.m. and contacted my mom and she calls me like ‘answer your phone the FBI is here’, Roberts said. “I was kind of scared at this point, but they were super cool and wanted to make sure that I wasn’t an actual terrorist making pipe bombs in the living room.”

Since the creation of the Facebook event back in June, memes, hashtags and other Facebook groups have been created related to the event. This caused it to go viral all across the country. The original post has racked in over 8.5 million views.

“It's insane and I just created a joke while I was playing video games and it has taken off to this wild monster,” Roberts said. “I want to make this something as a positive, enjoyable, safe and profitable for the rural area of Nevada.”

Roberts says it's been a stressful week since Monday, when the event with almost 2 million RSVPs' was deleted by Facebook.

“I go check and it was completely deleted and there was no reason why and I put in a bunch of support tickets in," Roberts said. "I was kind of scared, because I am trying to advocate people to go to safer options and then I lost the platform to do that.”

Roberts says he tried to create a new event, but those two events were deleted as well causing a frenzy among possible attendees.

“I did get a notice for the original event that said it violated community standards of Facebook without further reason and the other two were just blacklisted,” Roberts said.

23ABC reached out to Facebook officials about the deletion of the event and they released this statement saying, “This was a mistake and the event page is now available again.”

“As far as Facebook goes, I just want to thank them for putting the event back up," Roberts said. "So that way we do have that organization to point people about the safer option.”

Roberts wants to keep the admission to the festivals free of charge.

“Profits would be fun, but I don’t want to be seen as a profit-driven guy,” said Roberts. “I don’t care about the money aspect, I never intended for this to become a real thing . Now, I want to make it fun and I think just capitalizing on it and making a ton of money just ruins the idea of the grassroots idea of it.”

Roberts says that the festival is to be a place of ‘awesome people’ just gathering in the desert. He hopes to make it an annual event for years to come and wants to remind people that they aren’t actually storming the Area 51 base.