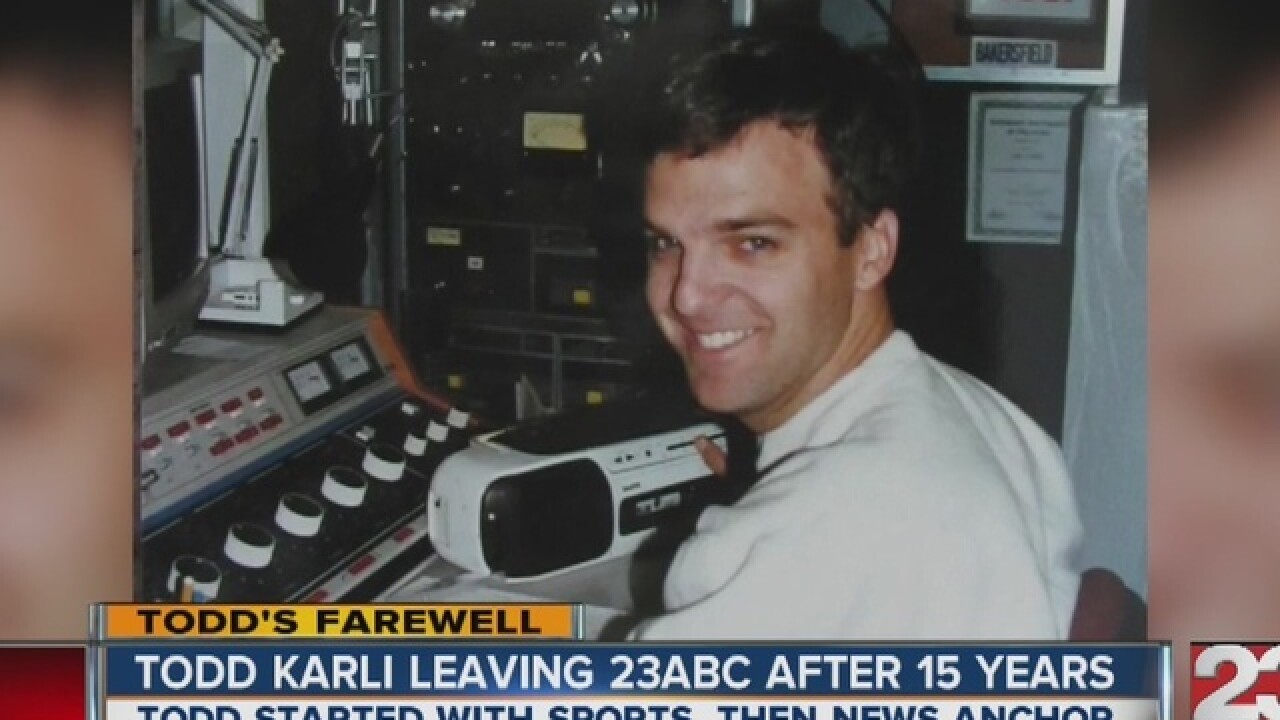 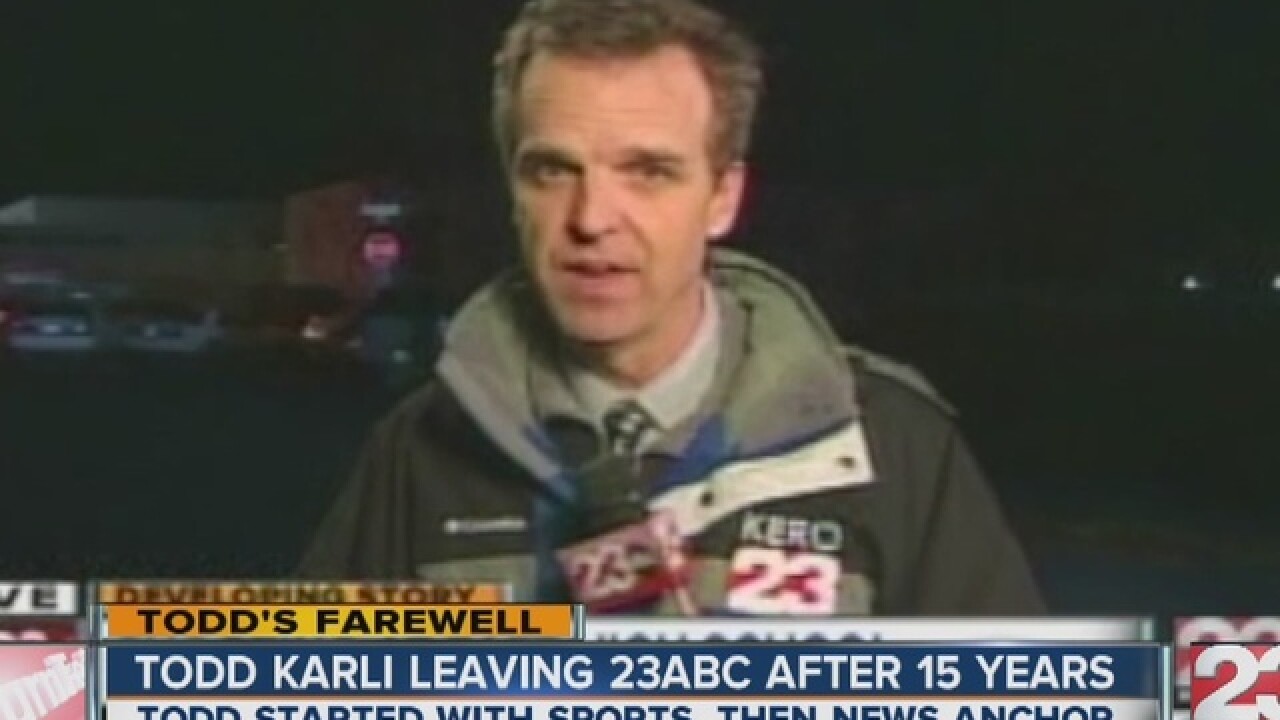 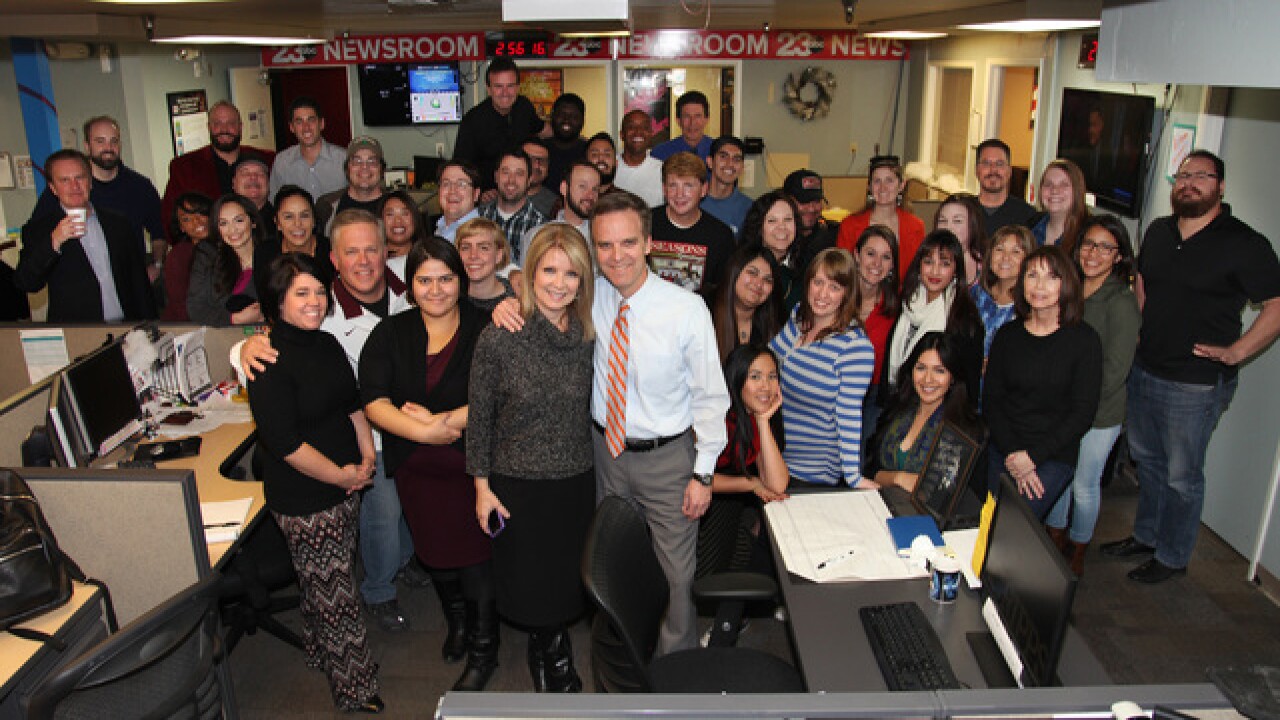 After 20 years, Todd Karli is leaving KERO for new opportunities in Maryland.

His last day was Friday.

We thought you should know more about the person who helped make this possible.
Todd was the news man who's delivered the stories at the 23ABC desk for so many years and helped 23ABC  to the station it is today.

Thank you #ToddKarli for the incredible 20 years @23ABCNews. We will miss you but wish the best of luck in Maryland. pic.twitter.com/pGks6wDYzU

To understand how his career and love for sports began you would have to go back to 1987 when his play-by-play career took off.
One of Todd's first jobs was in a small New Mexico radio station where he would cover games all around the region.
Then in 1992, Todd moved to Bakersfield and taking his love of sports casting to Cal State Bakersfield Runners and the Bakersfield Jammers.
Then 3 years later in 1995, Todd made the jump to television and joined KERO as Weekend Sports Anchor.
Todd would later step into the roll as news reporter and eventually main news anchor.
If there was breaking news anywhere in Kern County, you could trust Todd to cover.

After 20 years at KERO, Todd is leaving at the end of the week to take a job in Maryland. Thank you Tim Calahan 23ABC...

He had his beats as most reporters do. His favorite was covering politics.

But little did he know, Todd would plant roots at 23ABC that would span decades.

With his co-anchor and wife Jackie Parks by his side, Todd and Jackie would become a main-stay in Kern County,
The two would anchor the evening news together for 16 years.
Over the course of more than a decade, Todd and Jackie helped raise more than 13 million dollars for the St. Jude Children's Research Hospital and for years hosted the annual Bakersfield Christmas Parade.
It was a job they'll tell you, they love and working with a spouse may not have been easy but they made it fun.
We say goodbye to Todd Karli. He is leaving a legacy here at KERO that will not soon be forgotten.
Scripps Only Content 2015