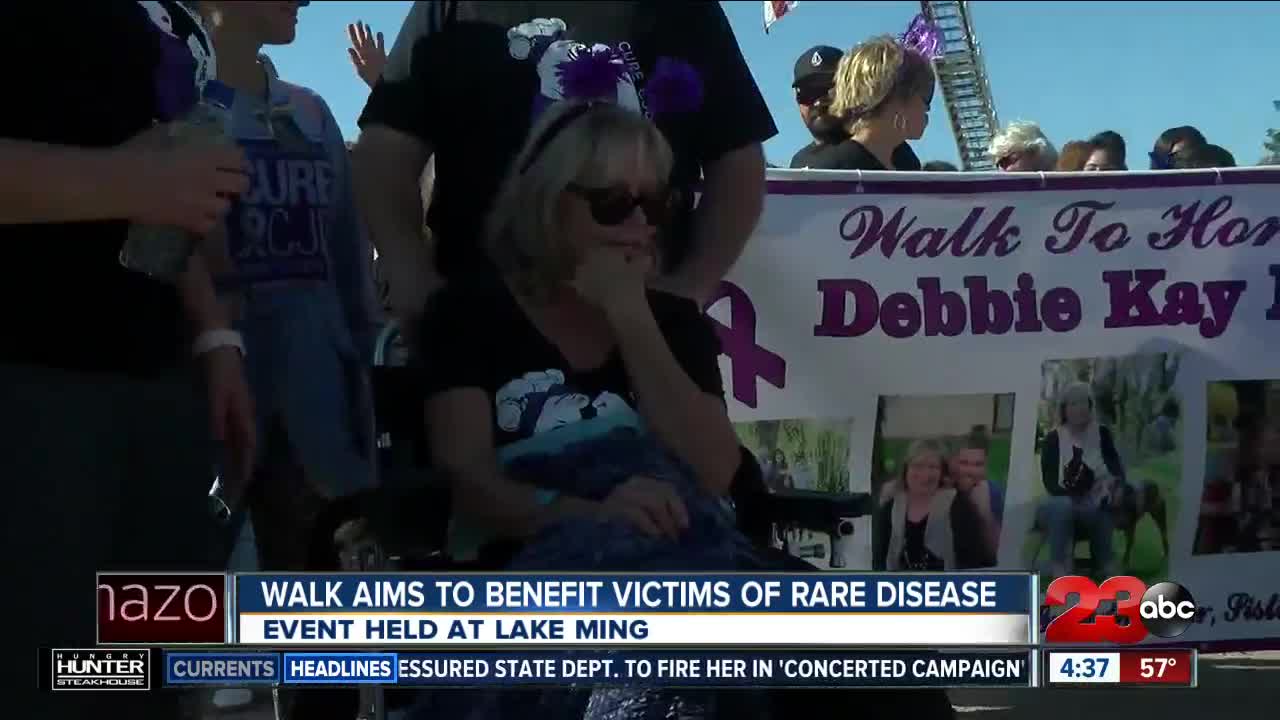 The disease has no treatment and no cure, and that's one of the reasons why Sunday's walk was organized.

But event organizers say the biggest reason they raise funds is so that they can help people and families affected by the disease.

“This disease is so rare, it's very isolating, so when you can find somebody who understands what you've been through, it's huge. So the education and just the support is very important," Hall said.

Hall says the disease affects one in one million people, and that many doctors do not even know how to diagnose the disease. Tami Chapman’s sister Debbie began showing symptoms last year. After seeing several doctors, it was confirmed in February that Debbie has the rare disease. Chapman describing CJD’s reputation among the medical community.

“it was described as the monster disease. No survivors, 70 percent die in the first year, we were just getting a lot of bad news,"Chapman said.

Even though the diagnosis was grim, Chapman says Debbie has been able to spend a lot of time with family, and enjoy it too.

“The greatest thing is that she still has laughter, we’ve prayed that joy will remain in her heart throughout the disease, and we’ve been graced with that so we’re very thankful for that.”

The event was put on by the CJD Foundation. For more information, visit their website.