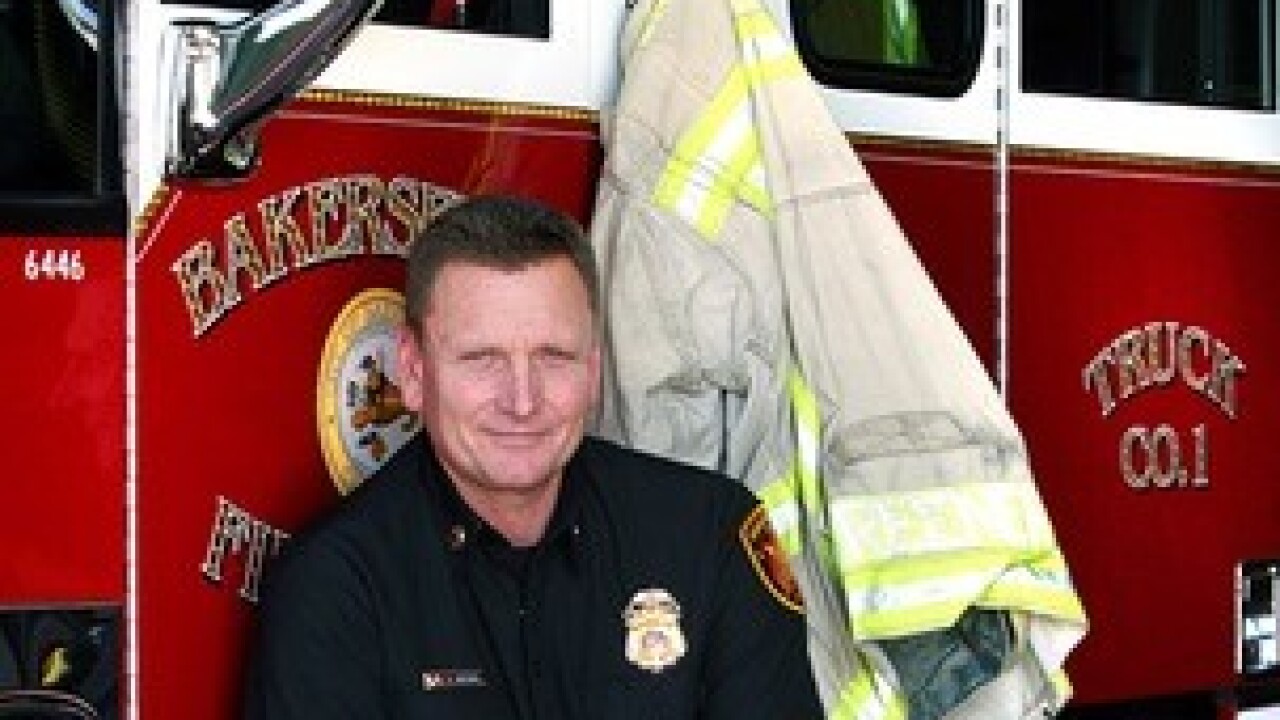 BAKERSFIELD, Calif. — A woman claims that she was sexually harassed by former Bakersfield Fire Chief Douglas Greener and then forced to resign from her position after reporting the harassment, according to a lawsuit filed against Greener and the City of Bakersfield.

According to the lawsuit, the alleged victim, who was identified as Jane Doe, claims Greener began to take interest in her in September/ October 2017. Greener and Jane Doe would allegedly pass each other in the halls of the Administration Offices of the Bakersfield Fire Department and would discuss "families, life, work, and plaintiff's future plans professionally." Around December 2017, Greener allegedly began complimenting Jane Doe at work, saying "you look nice today," and that she had "nice legs." Greener also allegedly told Jane Doe to "wear shorter skirts and dresses," and to wear stiletto heels to be "taller and sexier."

Around that time, Jane Doe claims that Greener would also corner her in the kitchenette and "bump" into her. Greener allegedly increased bumping into Jane Doe, and then allegedly began pushing "his crotch" up on her buttock or lower back "and letting it linger there."

In December 2017, Jane Doe allegedly complained and mentioned the issues to a higher-up at the Bakersfield Fire Department. The lawsuit claims Jane Doe never provided names or details. As time went on, the touching allegedly became more frequent and more aggressive. On February 14, 2018, Greener allegedly grabbed Jane Doe's arm, leaving bruises in the shape of a hand. On other occasions, Greener would allegedly grab Jane Doe's buttocks or grab her hair. On March 16, 2018, Greener allegedly fondled Jane Doe's crotch and butt while she was putting things away in the kitchen of the office. Jane Doe then jumped up and pushed him away. The same higher-up who Jane Doe complained to in December 2017 allegedly saw the March 2018 assault, however did not say anything and continued walking.

That same day, Jane Doe went into the office of the higher-up who allegedly saw the assault. She told the higher-up that "this was the harassment that she had been complaining about to him for months." The higher-up allegedly asked Jane Doe to take a ride in his patrol car, where she then "was complaining to him and broke down in tears."

On March 26, 2018, Jane Doe began reporting to work in the Human Resources Department. The lawsuit claims that Jane Doe was forced to work out of the conference room because she was not given a work station. Jane Doe allegedly emailed the HR Director asking about the investigation and if she would be able to go back to her previous position. The HR Director allegedly scolded Jane Doe for discussing the investigation and work placement over email and said it would be better to meet in person.

During her time with the Human Resources Department, Jane Doe was allegedly given little work. Jane Doe also allegedly scheduled a meeting with her Union Representative, however the day before the meeting, HR Director allegedly told Jane Doe that she would not be given time off of work for the meeting.

On April 24, 2018, Jane Doe was allegedly finally given a work space at the Human Resources Department in the coffee closet break room.

On May 3, 2018, Jane Doe was allegedly given a warning by the HR Director and an assistant director to not discuss "the accusations, investigation, or anything related to work conditions with anyone." The HR Director and assistant director also allegedly discussed Jane Doe returning to BFD and working with Greener again. On May 4, 2018, Jane Doe went to see her doctor and "broke down crying and shaking." Jane Doe's doctor placed her on disability for stress and prescribed anxiety and anti-depression medications.

After Jane Doe was placed on disability, a police report was filed on June 25, 2018 against Greener for sexual assault. Jane Doe was allegedly advised by her treating physician and therapist advised her to not return to work. On January 8, 2019, Jane Doe resigned.

Greener retired from the Bakersfield Fire Department on June 30, 2018.