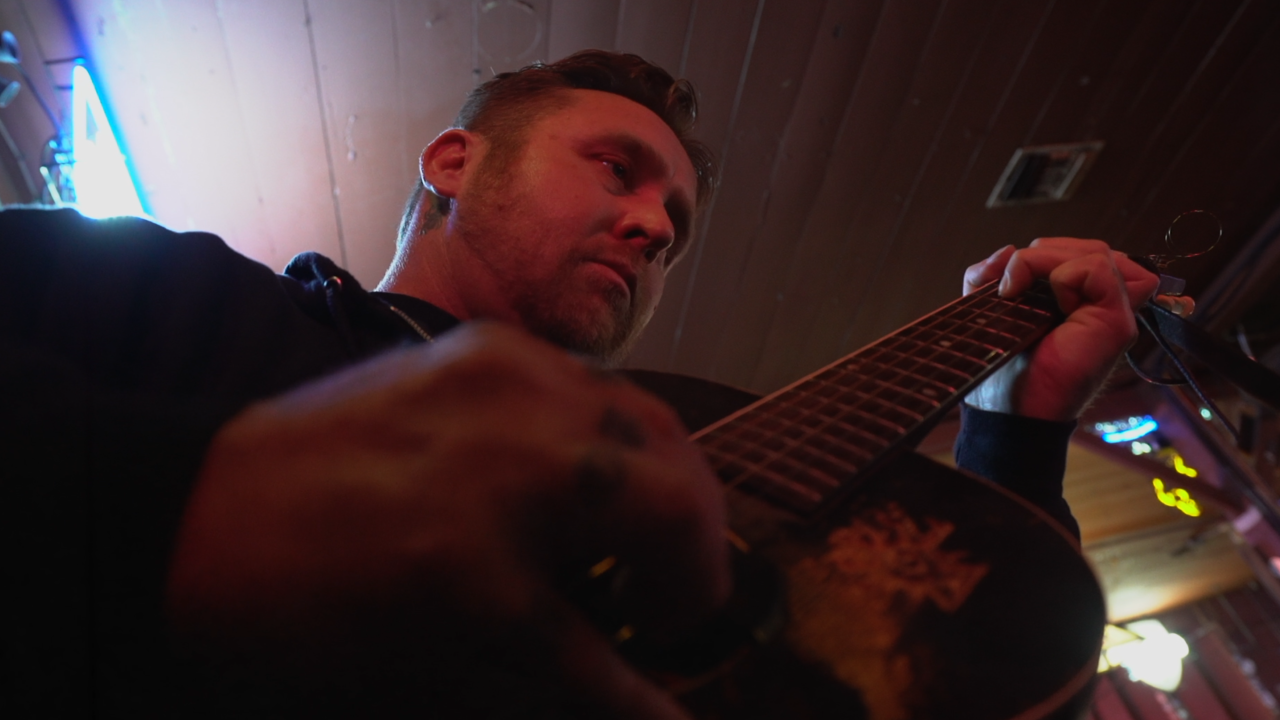 SAN MARCOS, Texas — Much of Sean Makra's life has been a fight.

But through the struggle, music has always been there.

He served 11 years in the U.S. Army, including three year-long tours in Iraq.

"It's a really ugly side of life that you have to see, and not just the combat side but just with people in general. It brings the worst out," Makra says.

Serving in the military led to Makra having substance abuse problems.

"I got addicted to painkillers, it's a very common story with soldiers," Makra says. "I ended up in jail, and that was the first time in the whole 11 years that I actually was like, 'OK, I can just surrender here.' "

Every Monday night in San Marcos, Texas, Makra and fellow veterans meet to use lyrics as ammunition in a battle often fought away from the front lines.

"It's so intense because every word and every strum of the guitar is releasing, it's purging, and it's beautiful but it's painful," Makra says.

Dustin Welch is the musician who founded this group — Soldier Songs and Voices.

"It's all directed towards writing songs and being able to use your voice," Welch says. "Taking these stories and turning them into something that only songs can do."

This group has grown to more than dozen chapters, showing the power music and songwriting can have.

"It pulls something out of you that's not going to come out in any other way," a member of the group says. "And it's a way to communicate, I think, with other people."

"You take mud and make a sculpture out of it, you can take the same thing and you can mold it into whatever you want it to be, and tell the story and then set it free, man," Makra says. "Just set those emotions free and let them go."