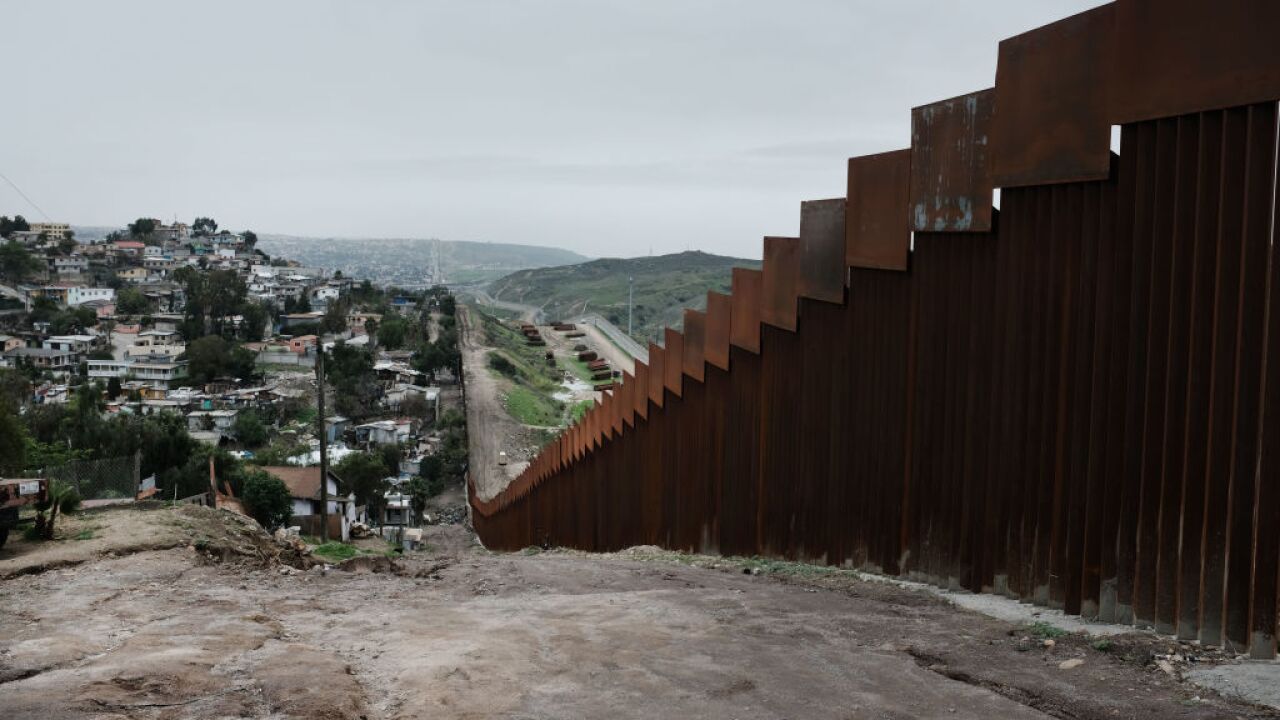 A top White House economic adviser declined to specify Monday what economic impacts the administration expects if President Donald Trump closes the US-Mexico border this week, as he has threatened to do.

"It's something that I'm sure we'll be looking into and studying," Kevin Hassett, the chairman of the Council of Economic Advisers, told reporters Monday.

Trump said on Twitter last Friday that he would be "CLOSING the Border, or large sections of the Border," in the coming week if Mexico does not crack down on illegal border crossings.

It is unclear when or if Trump will make good on his threat, but the economic impact would likely be significant if he follows through. The US and Mexico are major trading partners, and along with Canada, joined together last year for a ceremonial signing of the US-Mexico-Canada Agreement, a potential replacement for NAFTA.

Trump threatened on several occasions last year to close the US-Mexico border, including at one point saying the US would close the border "permanently."

"Mexico should move the flag waving Migrants, many of whom are stone cold criminals, back to their countries. Do it by plane, do it by bus, do it anyway you want, but they are NOT coming into the U.S.A. We will close the Border permanently if need be. Congress, fund the WALL!" he tweeted in November .

Hassett spoke to reporters outside the White House on Monday morning, and when asked if there was economic modeling to gauge the potential economic impact of a shutdown at the border, he stressed the complex and unique nature of the issue.

"There's a lot of stuff that moves and exactly how Customs and Border Patrol would deal with that would be something that we'll have to confer with them about, should we get to that," Hassett said.

He added, "There would be potentially more stuff sourced in the US for a while, but it's something that we'd have to talk to Customs and Border Patrol about."

Hassett noted that there could be "special rules for certain types of things" in the event of a shutdown at the border.

He also referenced the Bush administration's approach to the border in the wake of the September 11, 2001 attacks. The US response to September 11 included increased inspections and led to longer lines at the border, and it came alongside a temporary air travel shutdown.

Legal experts have been divided on the extent to which Trump could "close" the border.

CNN legal contributor Steve Vladeck said last year that if Trump made the move, he could not "do it in a way that violates constitutional rights -- whether of those of a particular national origin, or of those non-citizens with sufficient connections to the US to trigger due process protections."

"For instance, categorically closing the border between El Paso and Ciudad Juarez would trap thousands (if not tens of thousands) of Americans and non-citizens lawfully entitled to be in the US on the other side of the border, even though many of them would have a strong claim of a right to travel / return home / etc. that could raise serious constitutional problems," said Vladeck.