A 12-year-old boy was arrested on Wednesday after officials found anti-Semitic graffiti scribbled along the grounds of an elementary school playground in New York.

A custodian discovered dozens of swastikas and anti-Semitic messages like "Hail Hitler" and "No Jews Allowed" written in chalk outside of P.S. 139 in Queens last Friday, police said.

Police have not identified the boy, who was charged with aggravated harassment.

"On Fri, 2-22-19, anti-Semitic graffiti was found throughout a Queens playground. The NYPD's Hate Crimes Task Force now have the suspect—a 12 year old male—in custody," Shea tweeted Wednesday. "Great job @NYPDHateCrimes No matter the face of hate, the NYPD, partnered with the community, has ZERO tolerance." 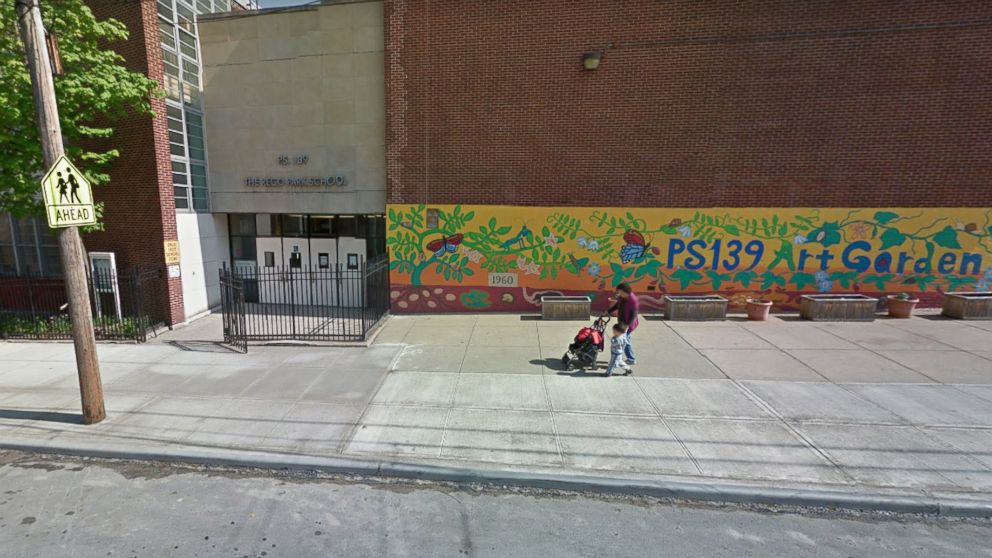 Local lawmakers said there's been a rise in anti-Semitic crimes in the area over the last year and urged New York City Mayor Bill de Blasio to enact tougher penalties for hate crimes.

"Yet another act of anti-Semitism in our City brings the total of anti-Semitic Hate Crimes in our city to nearly 50 since the start of the new year. This has gotten completely out of hand," New York City Councilman Chaim Deutsch, a Democrat, told ABC New York station WABC in a statement. "I urge Mayor de Blasio to immediately implement mine and Councilmember Mark Levine's bills that recently passed in the City Council, which would require educational outreach to teach about the impact of hate, bias, and anti-Semitism."

On Fri, 2-22-19, anti-Semitic graffiti was found throughout a Queens playground. The NYPD’s Hate Crimes Task Force now have the suspect—a 12 year old male—in custody. Great job @NYPDHateCrimes No matter the face of hate, the NYPD, partnered with the community, has ZERO tolerance. pic.twitter.com/zfq5GIHiXa

(MORE: Number of hate groups in the US grows even as Ku Klux Klan membership plummets)

"There's no question there is a huge uptick in real hate crime of all types. In this city, we've seen it in a horrible manner particularly lately anti-Semitic hate crimes," the mayor told WNYC last Friday. "There's no place for hate in this country, and leaders have to show that it's unacceptable."

"We do that every day in New York City," the mayor added. "We prosecute hate crimes. We create consequences for those who propagate such crimes. That has to become the national reality."