A city in Washington is using tiny homes to fight homelessness 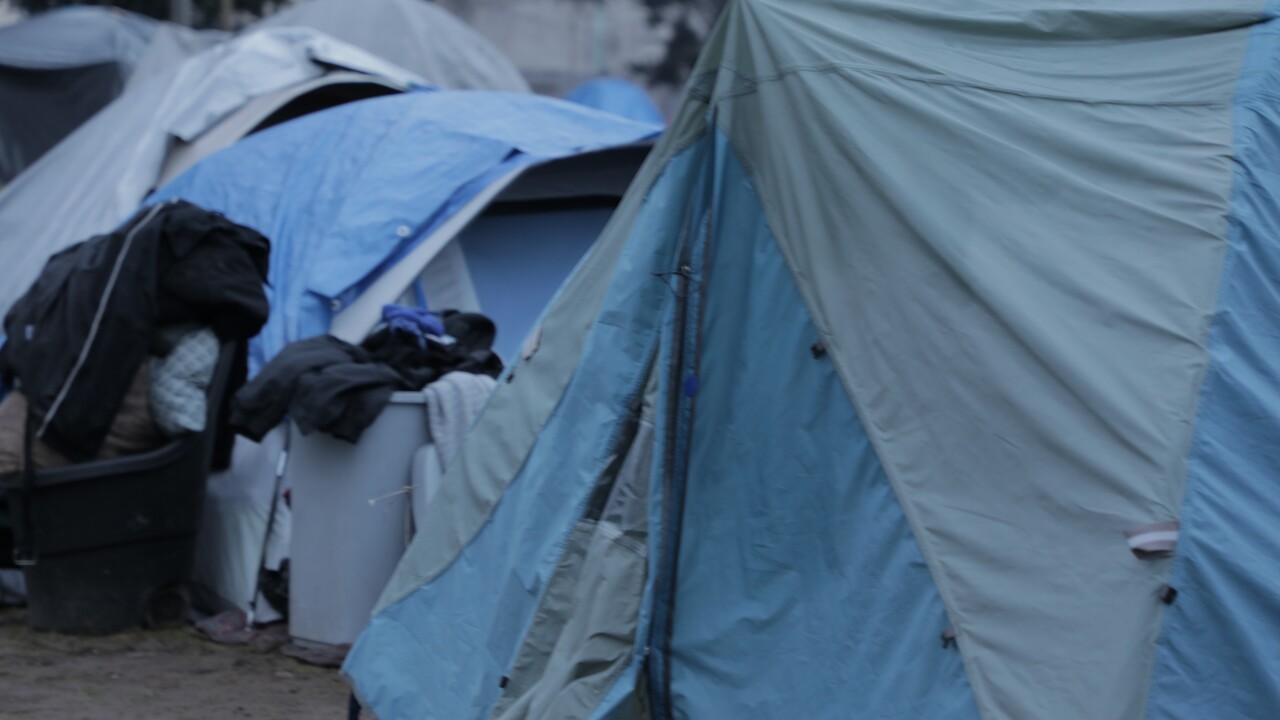 TACOMA, Wash. — It’s another cold, wet day in Tacoma, Washington. But you don’t have to tell that to Kevin Loggins.

Loggins has been homeless and was living in a park since last May.

“Out here it’s terrible, we were lighting bonfires in tents, you know, we got propane heaters everywhere. It gets cold out here at night,” Loggins said.

That was his reality until a few weeks ago, when the City of Tacoma opened a small tiny home village just a block away from the park. Loggins got to move inside.

That’s where Eric Davis comes in.

“Residents are enjoying themselves. They’re very happy to be indoors, out of the cold and have a little dignity for themselves,” Davis said.

Davis manages the tiny home village for the Low Income Housing Institute, which is working with the City of Tacoma.

The goal? Get people off the streets and then get them into permanent housing quickly.

“Once you get into a tiny house, case management works with you, gets you housing, gets you set up, and then you move on to permanent housing. It’s only transitional,” Davis said.

Loggins hopes it can be the springboard he needs to get back on track.

“I’ve been lucky enough to find myself in one of those tiny homes and I’m hoping I can turn my life around and get it together,” Loggins said.

The homes are about 100 square feet, have a door that locks, heat, electricity, and WiFi.

There are portable bathrooms on site and a community kitchen. Residents still have to go offsite to shower and do laundry but they are close by.

Tiny homes are a popular solution in cities across the country. Over the last five years, cities in California, Oregon, Tennessee, Texas, Michigan, New York and others have built tiny homes to help fight homelessness.

It’s not much, but the hope is it’s enough to get people back on their feet.

You just have to take a trip around the block to see how bad it can get.

“The city council ... for a couple years now, has declared it as a council priority, and we have been operating under an emergency declaration since 2017,” said Linda Stewart, who is the director for Neighborhood and Community Services for the City of Tacoma. She says homelessness has been a problem in Tacoma for a few years.

If you go to the park, you can really see how much people are struggling. A few of the guys who live there barbecued hot dogs and hamburgers for dinner one recent night.

The scene struck a cord with Davis.

“It’s something that I can’t change, but I’ll be at this door and any other door that’s going to help the homeless get inside,” Davis said.

That’s because Davis lived in a tent for seven years before he got back on his feet. Now, he’s dedicated himself to helping others do the same.

“That’s why I do it, it’s not a job, it’s what I’m supposed to do," Davis said. "People did it for me, and I just know to my heart what it feels like, when you feel like the world just turned its back on you."

And he sees tiny homes as a real solution that can help people up when they’re down.

“They’re human. This is United States, we should be helping one another, not pointing the finger because someone's a little down on their luck or they have a mental illness, or whatever it is," Davis said. "They’re still a human being, we should treat them like that."