Airlines offering waivers for travelers due to giant storm moving through West, Midwest 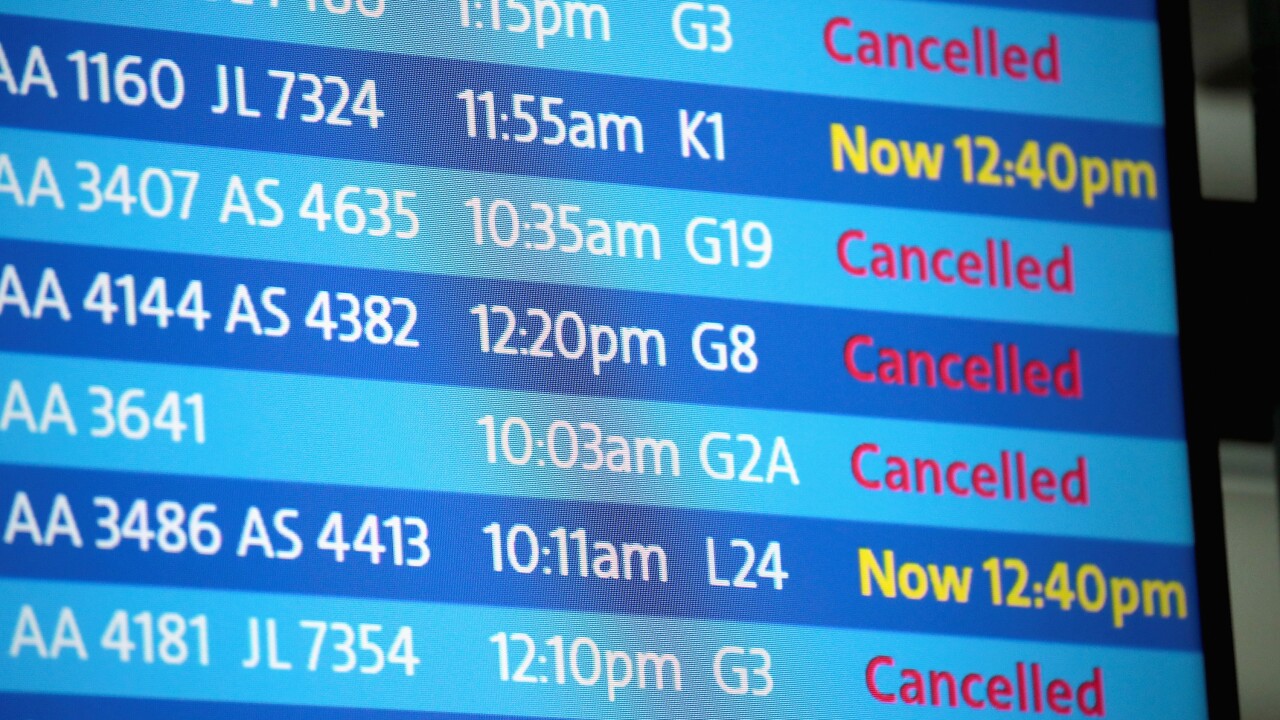 Frontier and United airlines will allow passengers scheduled to travel Wednesday or Thursday within the Plains area to change their tickets at no charge.

The offer comes in light of a giant storm bringing hurricane-force winds, snow and rain to the West and Midwest. In the Plains — especially in parts of South Dakota‚ there may be more than 2 feet of snow by Friday evening.

On Wednesday, there had already been more than 260 flights canceled coming into or leaving the Denver International Airport, according to flight tracking website flightaware.com. Frontier said customers whose flights are canceled may request a refund.

Parts of Utah, Nevada, western Wyoming, Idaho and California should expect wind gusts to reach hurricane force on Wednesday, with winds of 74 mph. Another 4 million residents of Colorado, Nebraska, the Dakotas, Iowa, Wyoming and Kansas are under blizzard warnings through Wednesday night.

The storms, which have been building up over the Rockies, will pummel the region Wednesday afternoon through Thursday morning, the National Weather Service said.

Flooding threats
As the storm moves into the Missouri Valley, where many towns remain drenched after last month's record-breaking floods, the risk for additional flooding will increase.

In South Dakota and western Minnesota, rivers will continue to experience moderate to major flooding as additional snow will slow the rate at which waters recede.The Red River is experiencing significant flooding because of melting snow with this new storm likely prolonging the high water.

In Minnesota, the National Weather Service said a "potentially historic winter storm" may hit the state late Wednesday as the system moves east, with heavy rain, 50 mph winds and heavy snow. Minneapolis may see a foot of snow. That's not all too uncommon. Just last year, a mid-April snowstorm brought a record 15.8 inches of snow to the Twin Cities.

This storm may also set records, including producing one of the snowiest April storms in Minneapolis when it arrives on Thursday.