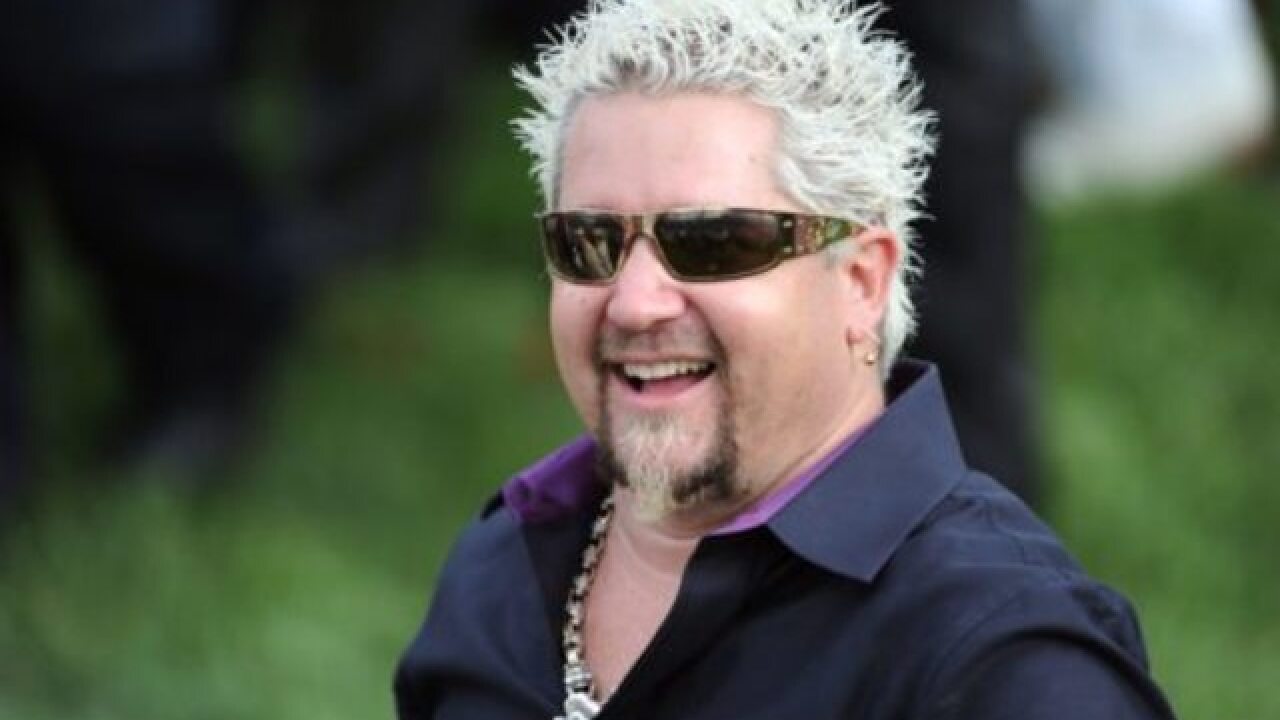 As the Carr Fire becomes the seventh most destructive wildfire in California's history, renowned chefs Guy Fieri and José Andrés are doing everything they can to help feed the evacuees and first responders.

"My team and I got involved. My son and his buddies, and a bunch of my buddies, loaded up the caravan from wine country and drove four hours up here," Fieri said.

"We are just working arm-in-arm with the Salvation Army, local chefs, residents and everybody helping out all of the evacuees."

More than 12,300 firefighters are battling 15 wildfires burning across California. In total, these fires have burned more than 280,000 acres, and forced more than 44,000 residents to evacuate.

The Carr Fire began on July 23 in Northern California, and on Saturday Fieri arrived in Redding, a city of almost 100,000 people where the fire swept through. Two days after Fieri got there, José Andrés' nonprofit, World Central Kitchen, joined him and fellow food first responders, Operation BBQ Relief.

"We hit the ground on Monday and started our meal operation today. Guy is heading to the Lake County Fire and we are taking over, and continue the efforts here in Redding," said Nate Mook, Executive Director for World Central Kitchen.

With the help of Operation BBQ Relief, Fieri and his team were able to make over 1,000 meals twice a day, Mook said.

BBQ Relief, whose main mission is to feed those affected by natural disasters in the United States, has around 30 volunteers and with World Central Kitchen's help it totals to 100 people on the ground to help feed those in need.

Fieri, alongside World Central Kitchen and BBQ Relief, are able to plan where help is needed the most by working with the Red Cross and the Salvation Army, who oversee the incident response.

That way they can travel across the state to help everyone affected by the multiple wildfires.

"It's unbelievable to see what folks are going through, but it's even more unbelievable just how great this community is, and [to see] all these folks that have come together," Fieri said.

Andrés is not in California, but he has been monitoring the situation and will fly in if needed.

"We got six chefs in Redding. Depending on the need we will bring more chefs and volunteers. We don't know what the next four days will look like, so he will be paying close attention," Mook said.

Andrés recently left Guatemala, where he and his team were able to make more than 325,000 meals for those affected by the volcano eruption last month.

Mook said that even though the numbers can look a bit overwhelming, the volunteers get inspiration and passion to help those in need from all the support they receive from the communities.

"At the end of the day you just have to start somewhere, and just start cooking, cooking until everyone is fed," Mook said.

As for Fieri, he takes pride in all the folks who drop everything just to help.

"We're in tough times ... with all of the things going on, you take a moment like this and you really see America is made of a lot of great people coming together," Fieri said.