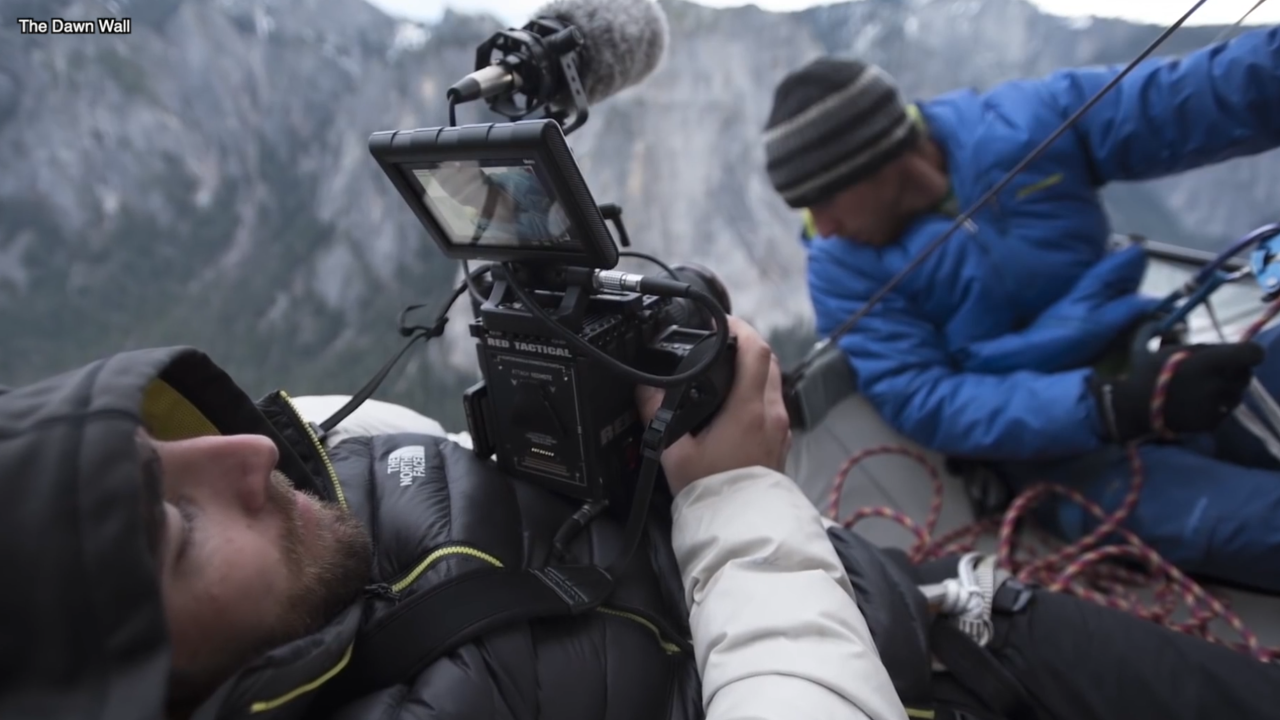 Climbing is a sport that's getting more and more popular. For the first time next year, it’ll be an Olympic sport. Additionally, a documentary featuring professional rock climber Alex Honnold took the Oscar win at this year’s Academy Awards!

As amazing as it is to see the shots he captures, what may be more breathtaking is what you don’t see: the work behind the scenes. It’s all to bring the world of climbing out of the wilderness and onto the big screen

“There's no stadium, there's no arena and nobody really knows what they're doing,” Mortimer says.

Mortimer is a climber and the co-founder of Sender Films, the company that produced “The Dawn Wall.” Mortimer and his team followed two men as they attempted to climb a 3,000-foot rock face in Yosemite National Park. The film captured the climbers’ journey from hanging from the wall to even sleeping on the wall.

“We knew if they did it, we had to be there,” Mortimer says. “But we also said, for seven years really, were like this is probably never going to happen, but it's worth the risk.”

It took the climbers seven years to finally make it. Mortimer and his team were there to capture the moment. Then, the film received more awards than Mortimer ever imagined.

One film led to another, and as the climbing industry grew, so did Sender Films. The company has produced more than 40 hours of climbing films, winning two Emmys and putting on a film tour with more than 400 shows around the world.

“I thought rock climbing was something that was just a little a little hobby at the time, and I’m just still surprised what it's become,” says Zachary Barr, a director with Sender Films.

However, there have been challenges.

“I've seen so many of my, you know, really close friends die in the mountains,” Mortimer says.

But the filmmaker says he's approached this journey in film, as he would a climb.

“No one's climbed that like. That could be an amazing thing, that the path doesn't really exist,” he says.