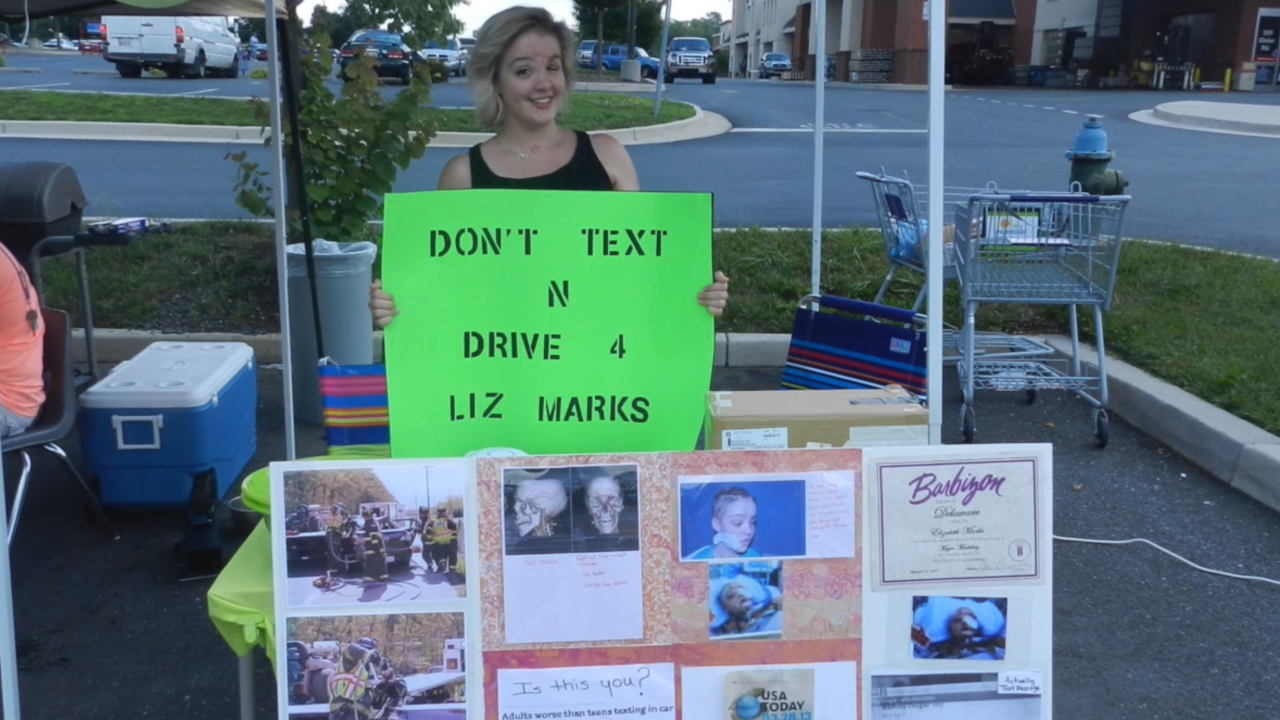 “I read it from this phone,” Marks says, holding up her cell phone.

Marks checked a text message right before she crashed.

“I'm now blind, partially deaf and I can't smell,” Marks says of injuries she sustained in the tragic crash.

Marks also has a prosthetic eye.

Her mom, Betty Shaw, sent the text, which was just one word: “Okay.”

Soon after, Marks’ mother says she felt something was wrong.

“Fifteen minutes later, there were some state troopers at my door, saying my daughter was in a horrific car accident,” Shaw recalls. “She wasn't expected to make it.”

Marks not only survived, but she’s now using her story to educate others of what can happen when you text and drive.

“I always lied to mom, because I always thought I was invincible,” she says. “But clearly, I was definitely wrong. No one's invincible.

According to AAA, 95 percent of teen drivers acknowledge the dangers of texting and driving, but 35 percent admitted to doing it anyway.

That's why Shaw says parents have to lead by example.

“Don't text your young drivers. Don't make that mistake I did,” Shaw says. “Don't assume, which I did, that they're not using your phone. They're using their phone.”

An instructor at MasterDrive driving school says he encourages his students to use apps like Life Saver, Safe Drive or Drive Mode, which help to prevent people from texting while their car is in motion.

As for Marks, her message is simple: don’t text and drive.

“Life's too short. Don't waste away with the simple message. The message can wait, but your life can't,” says Marks.