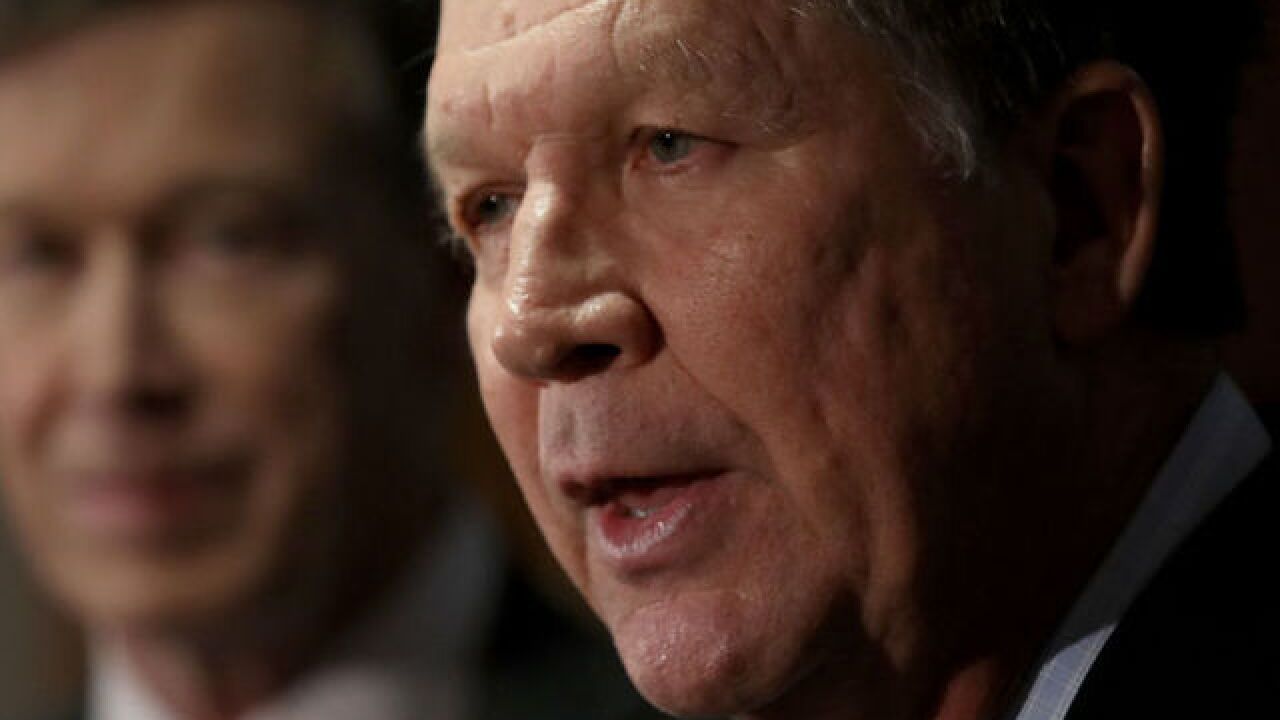 If a picture is worth a thousand words, how many words is a GIF worth?

For Ohio Gov. John Kasich, a GIF can clearly tell its own story. The Republican, who is an outspoken Trump critic, dismissed a Twitter attack from President Donald Trump on Monday by simply tweeting a GIF of Russian President Vladimir Putin laughing.

"The very unpopular Governor of Ohio (and failed presidential candidate) @JohnKasich hurt Troy Balderson's recent win by tamping down enthusiasm for an otherwise great candidate," Trump wrote Monday. "Even Kasich's Lt. Governor lost Gov. race because of his unpopularity. Credit to Troy on the BIG WIN!"

Trump was referring to Kasich's delayed support of Troy Balderson in Ohio's 12th Congressional District race, which created an awkward tension especially since Balderson was tying himself to Trump.

Kasich, who ran against Trump in 2016, is consistently named as a potential Republican alternative to Trump. He hasn't ruled out a presidential run in 2020.

Earlier this year, Kasich called out Trump following his news conference with Putin during the Helsinki Summit. Trump garnered backlash after he declined to endorse the US government's assessment that Russia interfered in the 2016 presidential election.

"This is really terrible...we don't like this talk. Nobody likes this talk," Kasich told CNN's Chris Cuomo in July. "Where was his staff? ... Why didn't somebody step up and say 'this is not the way to do things?'"