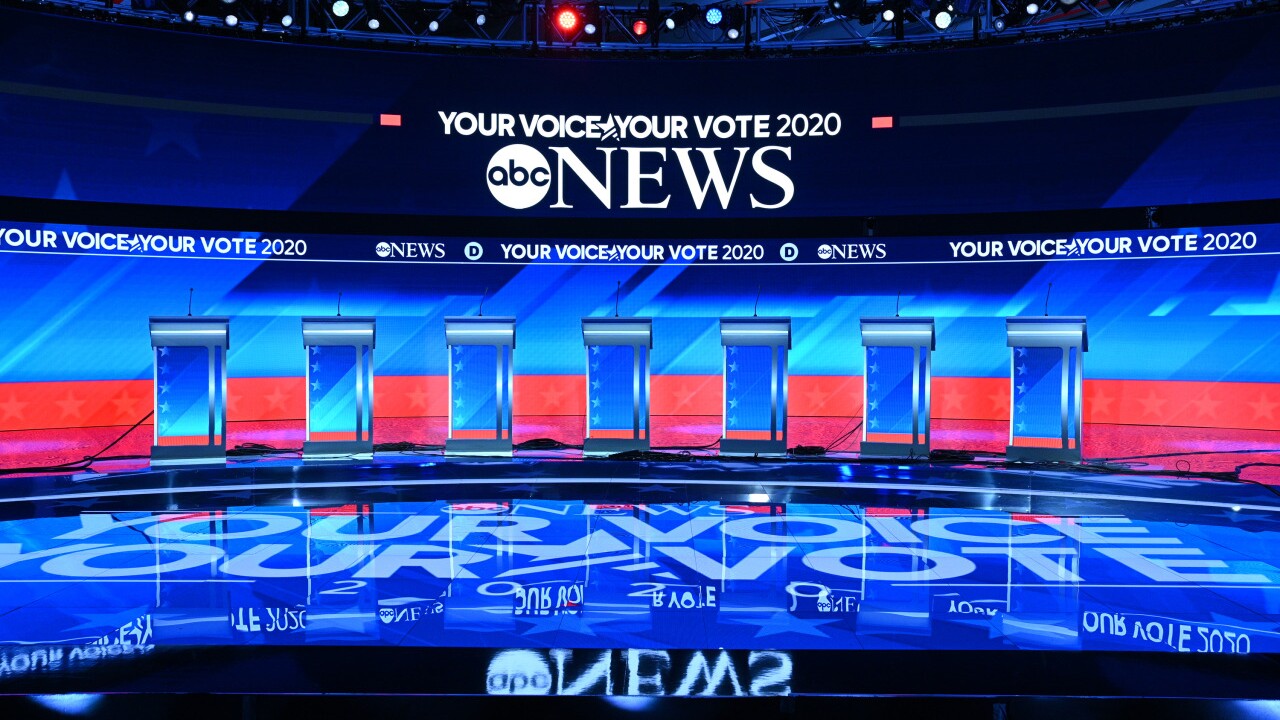 As the votes still continue to trickle in from the Iowa Caucus, the leading Democratic candidates will participate in a debate on Friday, just four days before the New Hampshire Primary.

Friday’s debate kicks off a busy schedule for the Democratic Party candidates. After having one debate a month since last June, the Democrats will have three debates this month.

Six of the seven candidates have participated in every previous debate. Andrew Yang did not qualify for the January debate, but has met the minimum qualifications for Friday’s debate.

Candidate earned at least 5% support in four national or early state polls from New Hampshire, Nevada and/or South Carolina. Candidates also were required to gather contributions from 220,000 donors. Several candidates still in the race, such as Sen. Michael Bennet, Rep. Tulsi Gabbard, and Gov. Deval Patrick, did not meet these requirements.

Where the race stands

It is safe to say that Biden is no longer a clear frontrunner in the race after a fourth-place finish in Iowa. Sanders and Buttigieg will end up in the top two in Iowa, with Warren lagging behind.

Klobuchar, Yang and Steyer fell well behind Biden on Monday.

Polls suggest Sanders is the favorite in New Hampshire, but Buttigieg’s numbers have climbed. Three polls released in the last 24 hours show Buttigieg passing Biden for second. Warren is fourth in most polls.

Nevada and South Carolina will hold their nominating contests later this month. In those states, Biden leads in the polling, but there have not been any major polls released in recent weeks in those states. How will Buttigieg do in more diverse states is still unknown, but these states are ones that could give Biden a comeback.

Also in less than four weeks is Super Tuesday, when more than one third of all national delegates will be allocated.

According to figures compiled by NPR , Biden is sixth in fundraising, well behind billionaires Steyer and Michael Bloomberg, who have largely self-funded their campaigns. But Biden is also trailing Sanders, Warren and Buttigieg, who have tapped into grassroot support.

Biden only has $8 million on hand, drawing questions on whether he can take a campaign national.

Future debates will include new candidate

Bloomberg, who is sitting out the first four states, will likely participate in his first debate on Feb. 19 after Democrats said that they will drop a fundraising requirement. Bloomberg has seen a meteoric rise in polling in recent weeks, sparked by more than $200 million in spending. But he has largely self-funded his campaign, eliminating the need for a large donor base.

But the Democratic Party has come under fire for eliminating the donor requirement for Bloomberg, but not adjusting the rules to allow other now former candidates such as Sen. Cory Booker or Secretary Julian Castro from participating in debates.