'Firefall' is back and glowing at Yosemite National Park 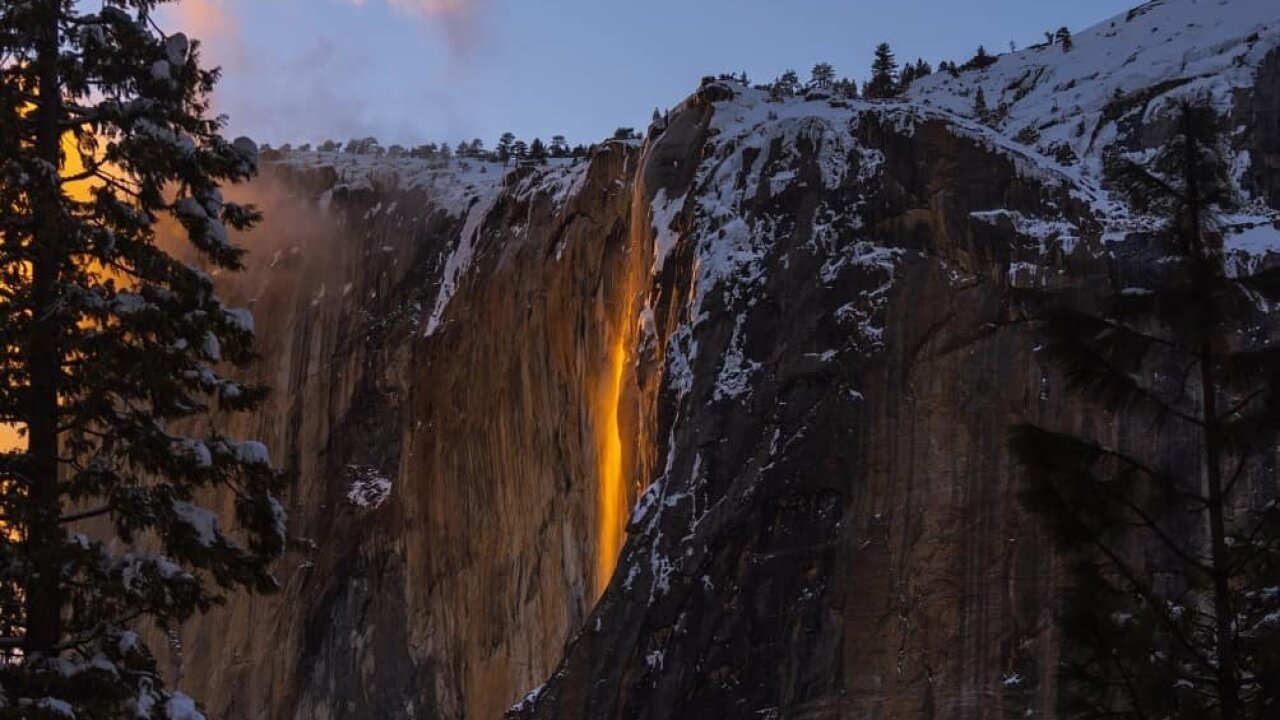 The natural phenomenon that makes it appear that lava is flowing over a cliff at Yosemite National Park is back, but only for a few days.

"Firefall" is the name for the natural magic trick that creates the illusion at the park in California. It comes to life when the setting sun causes light to hit the waterfall at just the right angle.

You can only see "Firefall" for a short time in February, and it draws hundreds of visitors each night. How it looks varies from year to year, and relies on how much water is flowing in Horsetail Fall.

Vaché Geyoghlian, a photographer from Fresno, California, captured some Instagram-worthy images Monday night. It was his first time photographing the phenomenon.


"My reaction was complete amazement," he told CNN. "I was overwhelmed with excitement to finally get to see it in person AND get some good shots of it too."

"My friend and I got to that specific spot at about 2:00-2:30 p.m. and we were the first ones there," Geyoghlian said. "That didn't last long as the entire area filled with hundreds of people looking to witness/photograph the 'Firefall.'"

If you want to capture the yearly spectacle, you have until this weekend before it dissipates. Reservations are not needed, but you should get there early before the park gets crowded.

"We have a designated parking area at Yosemite Lodge and visitors walk from there to the viewing areas," said National Park Service spokesman Scott Gediman.

Gediman also cautions that weather has played a factor into viewing this year's "Firefall."

"With the snow and storm activity recently, it has been hit or miss."