IKEA ad requires pregnant women to urinate for a discount 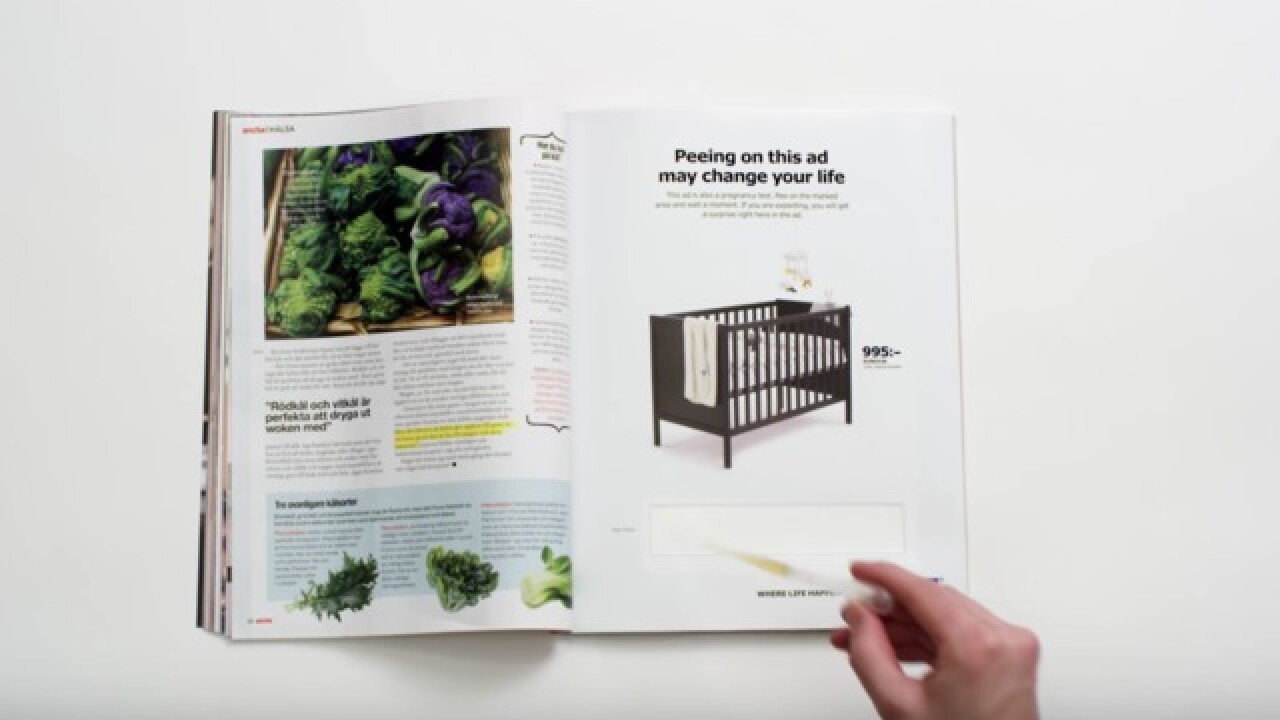 Copyright 2018 Scripps Media, Inc. All rights reserved. This material may not be published, broadcast, rewritten, or redistributed.
IKEA

(KGTV) - IKEA wants pregnant women to pee on a magazine ad - for a good reason.

Sound disgusting? It may be worthwhile. When urine hits a strip on the ad, it reveals a special discounted price on cribs.

The Swedish furniture company and advertising agency Åkestam Holst created the ad with technology similar to that in pregnancy test kits.

The ad is currently running in the Swedish magazine Amelia, according to Adweek.

We have reached out to IKEA and is waiting for a response on whether the ad will be released in the United States.