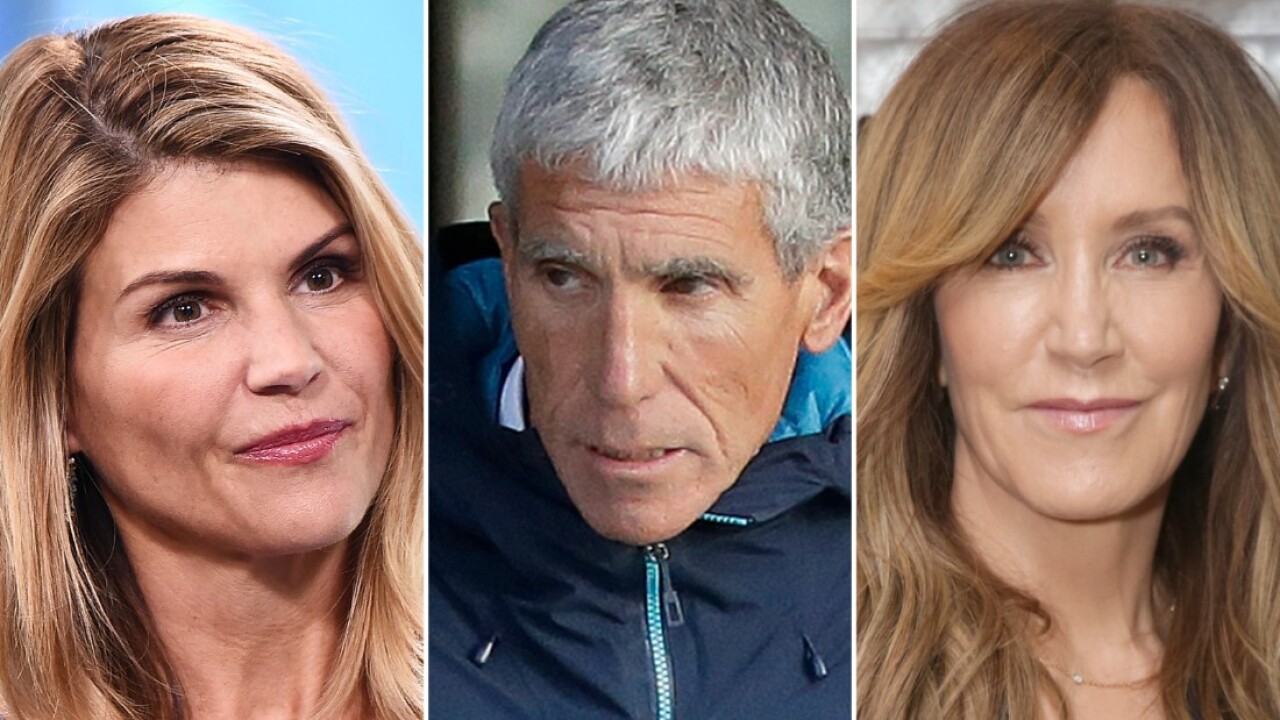 Actresses Lori Loughlin and Felicity Huffman are among a group of 11 wealthy parents expected in federal court on Wednesday as part of the college admissions scam.

The defendants are each charged with conspiracy to commit mail fraud and honest services mail fraud in what prosecutors called "Operation Varsity Blues." Authorities say the parents paid a college prep business to cheat on standardized tests and/or bribe college coaches in order to get their children into competitive universities.

The hearing will be the first time the public hears anything of significance from Loughlin about her role in the scheme. Several brands have distanced themselves from the "Full House" actress and her daughter, 19-year-old social media influencer Olivia Jade Giannulli, since the charges were announced.

Loughlin's husband, the fashion designer Mossimo Giannulli, is also expected to appear in court Wednesday. Huffman's husband, the actor William H. Macy, is not charged in the case.

CNN has reached out to representatives for Huffman, Loughlin and Giannulli but has not heard back.

Of the 50 people charged in the case, so far four people have pleaded guilty or plan to plead guilty, according to prosecutors.

Rick Singer, the mastermind of the scheme; Rudy Meredith, the Yale women's soccer coach who accepted a bribe to help a student get admitted; and Mark Riddell, who cheated for the students on the SATs and ACTs, are all cooperating witnesses for the prosecution. They have agreed to plead guilty and testify for the prosecution in exchange for a lesser sentence.

Stanford, USC, Georgetown and other universities implicated in the scheme have said they are reviewing the admissions of students accused of participating in the scheme. Last week, Yale rescinded the admission of one student whose family had paid $1.2 million to gain entry under false pretenses.

What the complaint says

Loughlin and Huffman are the best-known figures in the scheme, and the accusations against them explain how the admissions scam allegedly worked.

Separately, Loughlin and Giannulli allegedly agreed to pay bribes totaling $500,000 in exchange for having their two daughters designated as recruits to the University of Southern California crew team, easing their acceptance to the school.

The daughters were recruited as coxswains even though they did not row competitively or otherwise participate in crew, the complaint says. The parents even sent Singer photos of each of their daughters on an ergometer, the rowing machine, the complaint states.

"I wanted to thank you again for your great work with [our older daughter], she is very excited and both Lori and I are very appreciative of your efforts and end result!" Giannulli allegedly wrote in an email to Singer included in the complaint.

Investigators are expecting to charge more than five others within four to six weeks, according to the official, who cautioned the investigation is ongoing and this is subject to change.