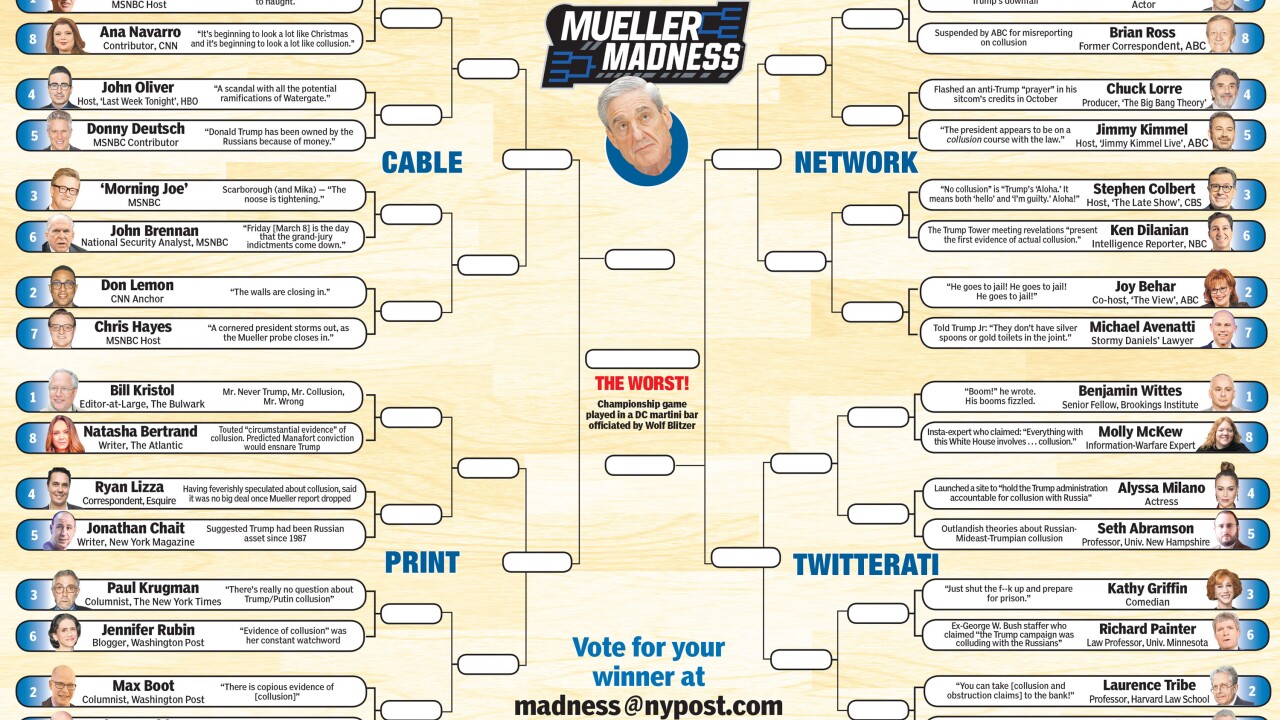 Mueller Madness! Which of the angry and hysterical @realDonaldTrump haters got it most embarrassingly wrong? #YouDecide pic.twitter.com/IkzUesDdub

The bracket accompanies an opinion piece by the New York Post after Attorney General William Barr released the principal conclusions of Robert Mueller’s investigation on Sunday which found the evidence “not sufficient to establish that the president committed an obstruction of justice offense.”