She tested positive for breast cancer and got a double mastectomy. The DNA test was wrong 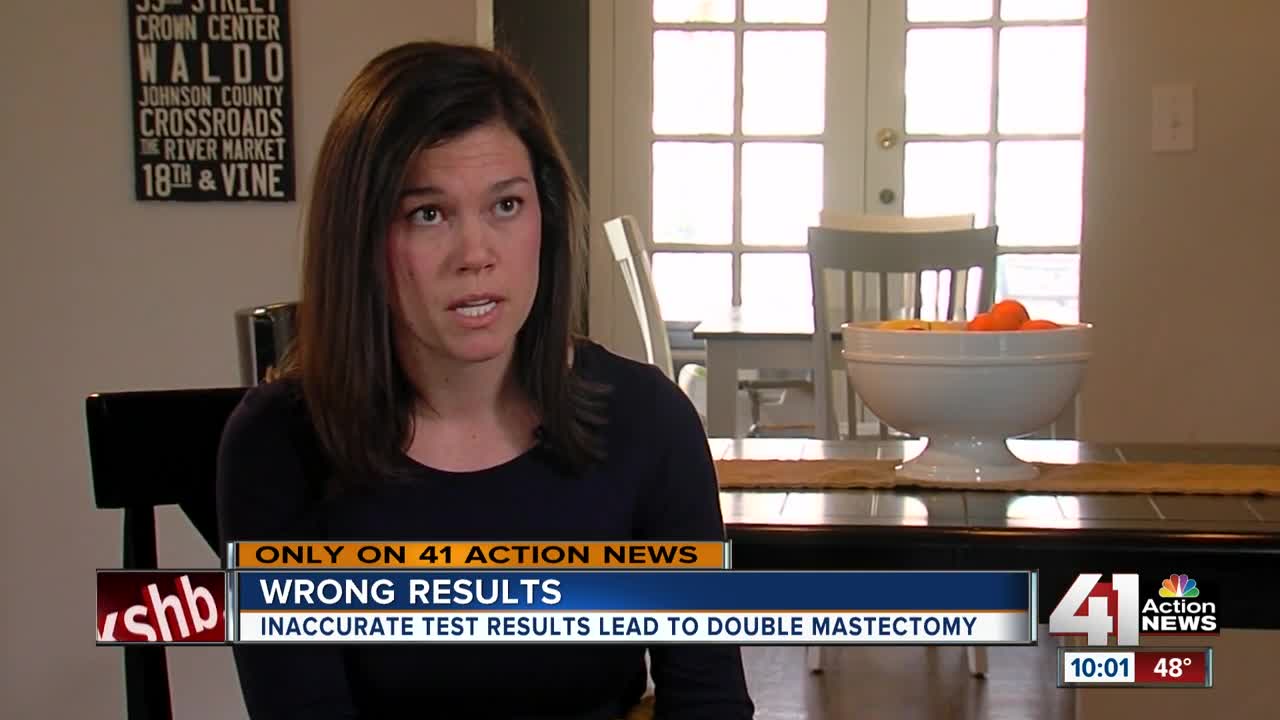 A local woman's DNA test as a child showed she inherited a cancer-causing gene. Thirty years later, she found out the test result was wrong. 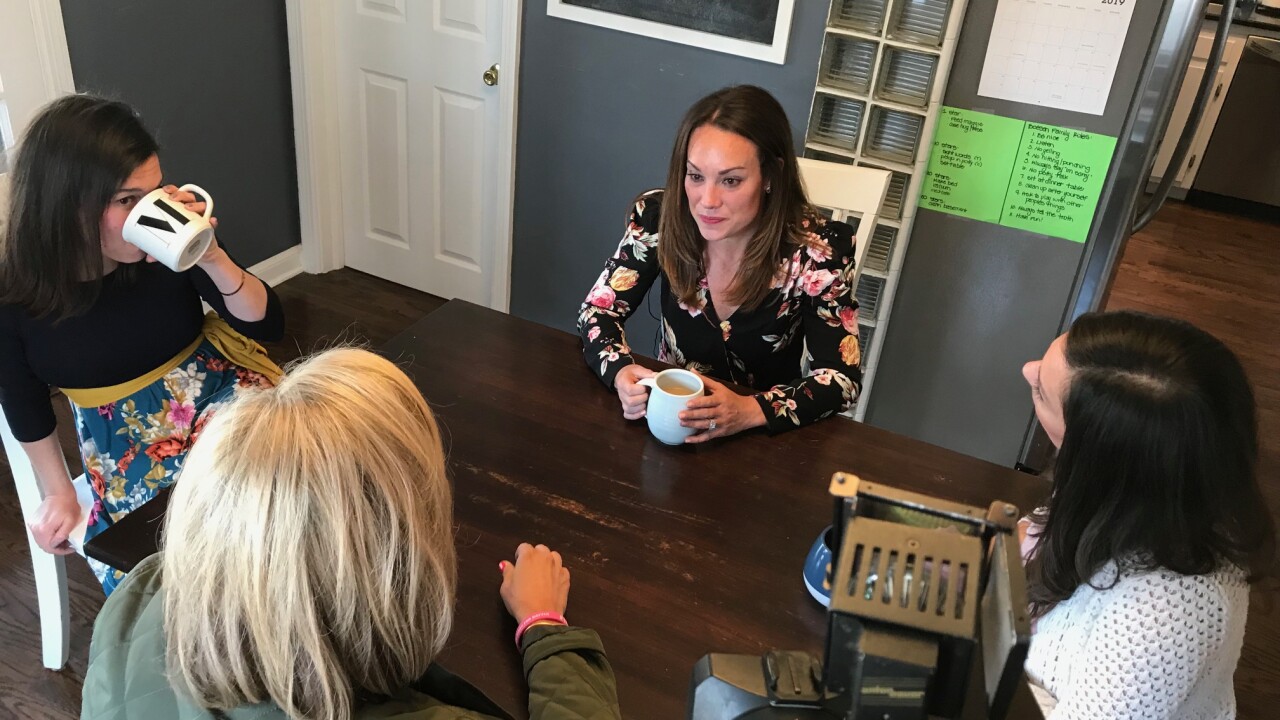 "We're able to really track our history of breast cancer back to the late 1800s and early 1900s," Boesen said. "My grandmother actually passed away from ovarian cancer when she was 44. She had five sisters and none of them lived to the age of 50. Then, my mother was diagnosed with breast cancer when she was 32. We knew there was something going on and that it was a very young age."

When Boesen and her two sisters were ages 3, 5 and 7, their mom was already receiving chemotherapy for stage 2 breast cancer. Because of the extensive family history, the girls were part of a study at a university in another part of the Midwest. Their mom was hoping to help the world better understand what was killing so many women. She was hoping to better her daughters' chances for survival.

"We were all tested in the same exact room," said Boesen's sister, Bridget Stillwell. "I can even remember what the room looked like."

Because the girls were so young, and the health threat still likely years away, they wouldn't receive their DNA test results until they turned 18.

"We knew we were part of a study," Boesen said. "We knew our results were waiting for us, but we didn't know what they were."

When asked if she found that wait frustrating, she said emphatically it was not.

"Quite the opposite. We felt empowered," she said.

She didn't get the results right away. The sisters knew there was nothing they could likely do at age 18 even if their test results showed they'd inherited the BRCA gene mutation.

The sisters all waited until they were around age 21.

"We sat down and we had a conversation about what BRCA was and what it meant for my family," Boesen said. "It was a lengthy conversation, which made me very uncomfortable because why would a conversation that wasn't going to change my life last that long?"

Eventually, the researcher told her she had inherited the gene mutation.

"It was just devastating because I knew what breast cancer and ovarian cancer can do to a family. You know, my first question out of my mouth was, 'Is there any chance this could be wrong?' The researcher said 'No.' "

Boesen walked out of that meeting determined. She was going to make decisions to save her own life. She was going to have a bilateral prophylactic mastectomy. She would schedule a surgery to remove both breasts to prevent breast cancer.

"This was me doing what I was supposed to do and this was me being empowered and me being proactive and not waiting until I have a cancer diagnosis," Boesen said.

She didn't want to feel like a ticking time bomb. She wanted to live.

Boesen had the surgery to remove both breasts when she was just 23 years old. She went on to get married and have three children.

"I didn't get to breastfeed them. It was sad. I'm not brokenhearted or devastated about it, but it is sad to think I couldn't provide for my children like that," she said.

At the time, she still believed she'd made the right decision because she was healthy.

Once done having children, she knew there was another step that most people with the dangerous BRCA gene mutation have to consider.

"I knew that when I was done having children, I needed to have a complete hysterectomy," Boesen said.

"The right thing to do and what the doctors say to do is have a complete hysterectomy by the age of 35 and I was in my early 30s," Boesen said.

In 2018, she went to a hospital in Kansas City, Missouri, to start the process of preparing for her hysterectomy. Both her health care provider and her insurance company wanted a new DNA test. Everyone knew what the results would be, but they went through the motions to get the required confirmation she was positive for the deadly gene mutation which was so rampant in her family.

The test results were supposed to be back in a few weeks, but it had been four and Boesen was starting to worry.

Then, she got the call from the doctor.

"I was at work. And the first thing she said was, 'We need to talk', and my heart just sank," Boesen said. "She said, 'You're negative,' and I just started bawling."

She was overwhelmed, confused and full of emotions.

"I was angry. I was regretful. I was happy. I was sad. I so desperately wanted to feel relief, 'Oh, thank God, this is the best day of my life,' but it wasn't," Boesen said. "It was just devastating."

Boesen got another test to confirm the second test results. It also came back negative.

She did not get the hysterectomy. There was no need now. There was no longer a threat that cancer was waiting to explode in her body. She now knew she had not inherited the BRCA gene mutation that had killed so many of her relatives.

Dr. Jennifer Klemp of the University of Kansas Cancer Center has worked in the field of cancer genetics, specifically breast and female cancers, since 1997. She is the director of Cancer Survivorship and a cancer risk counselor. While she was not involved in Boesen's original research, she says she's not surprised.

"Twenty years ago, when we sent our first tests and BRCA 1 and 2 were the two genes we tested for, about 30-40 percent of the time we would get something called a 'variant of uncertain significance,' " Klemp said. "Basically, that meant we found a mutation or an error in the DNA, but we didn't know if that was associated with an increased risk of cancer. Today, using a reputable lab, that should be less than 1-2 percent."

Klemp says things are changing rapidly in the field of genetic testing. If someone had a DNA test more than five years ago, they should consider having an updated test.

She also says the at-home tests are good for finding out details about your ancestry, but they shouldn't be used to make major decisions about your health. For that, you'd want a health professional to order a commercial test through a certified, reputable lab.

With more and more companies offering testing, and more medical professionals and patients interested in genetic testing for so many reasons, she says demand right now is outpacing supply.

"If you have 10 different labs doing testing, and you have every primary care, OB-GYN, oncology clinic, surgical clinic and any number of patients eligible for testing, it's a little bit of the wild west," Klemp said, adding there's no central repository for this patient and test information.

As for Boesen, the university where the original research was done and the false positive originated offered to re-test her DNA. She is currently waiting on the results from what is now her fourth genetic test.

She hopes it comes back negative, too, which is what the experts all expect. She believes, then, finally, she'll be able to move forward with her life.

Boesen and her two sisters are writing a book about their experiences. Each of her sisters has a story to tell, too. Their book will be titled, " Nipples Optional ."