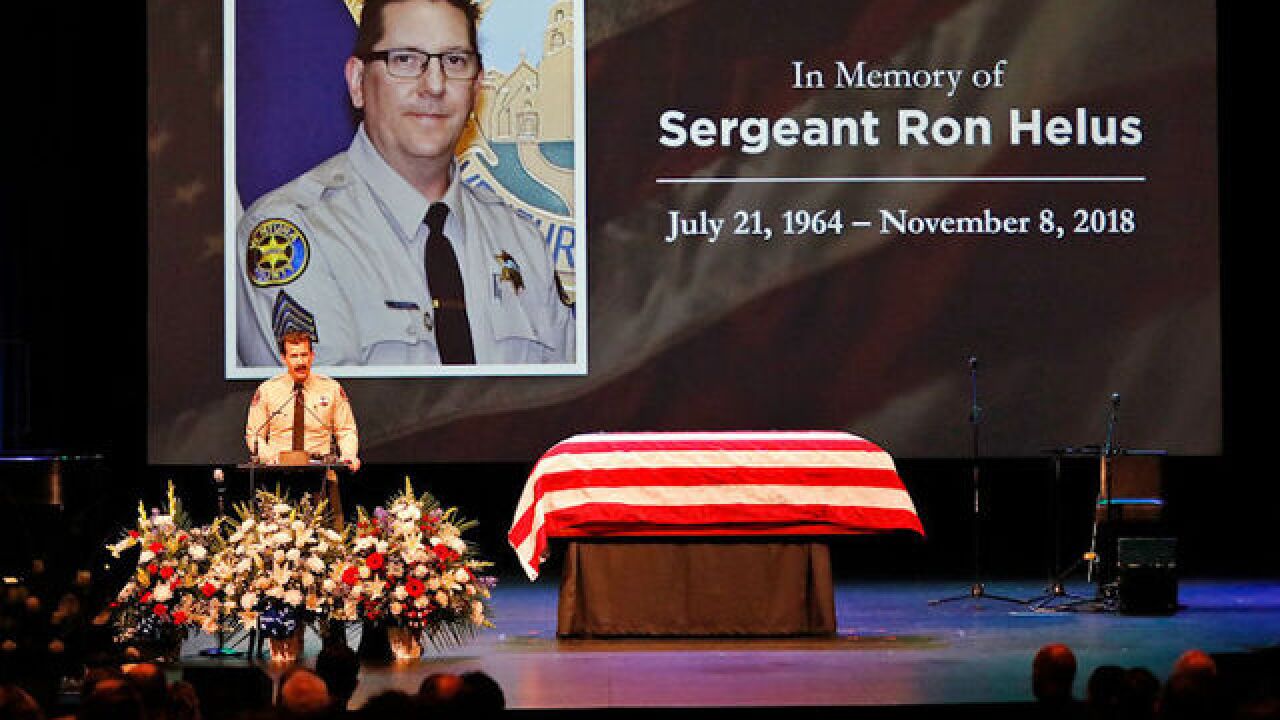 The sheriff's sergeant who initially responded to last month's mass shooting at the Borderline Bar and Grill in Thousand Oaks, California, was fatally shot by gunfire from a California Highway Patrol officer, officials said Friday.

Sgt. Ron Helus was struck five times by gunfire from the suspect, Ian David Long, according to Ventura County Sheriff Bill Ayub, but was hit by a sixth bullet from a CHP officer's rifle.

Helus could have potentially survived the five wounds from Long's weapon, but the sixth bullet proved fatal. It struck Helus in the chest and his heart, according to Dr. Christopher Young, the Ventura County medical examiner. It was the "most lethal wound" Helus sustained, Young said.

The 29-year law enforcement veteran was set to retire from the Ventura County Sheriff's Office next year. He was among the first officers through the door at the Borderline when the shooting began November 8 and was shot as he tried to stop the gunman, who killed 11 others in the attack.

Helus later died at a hospital.