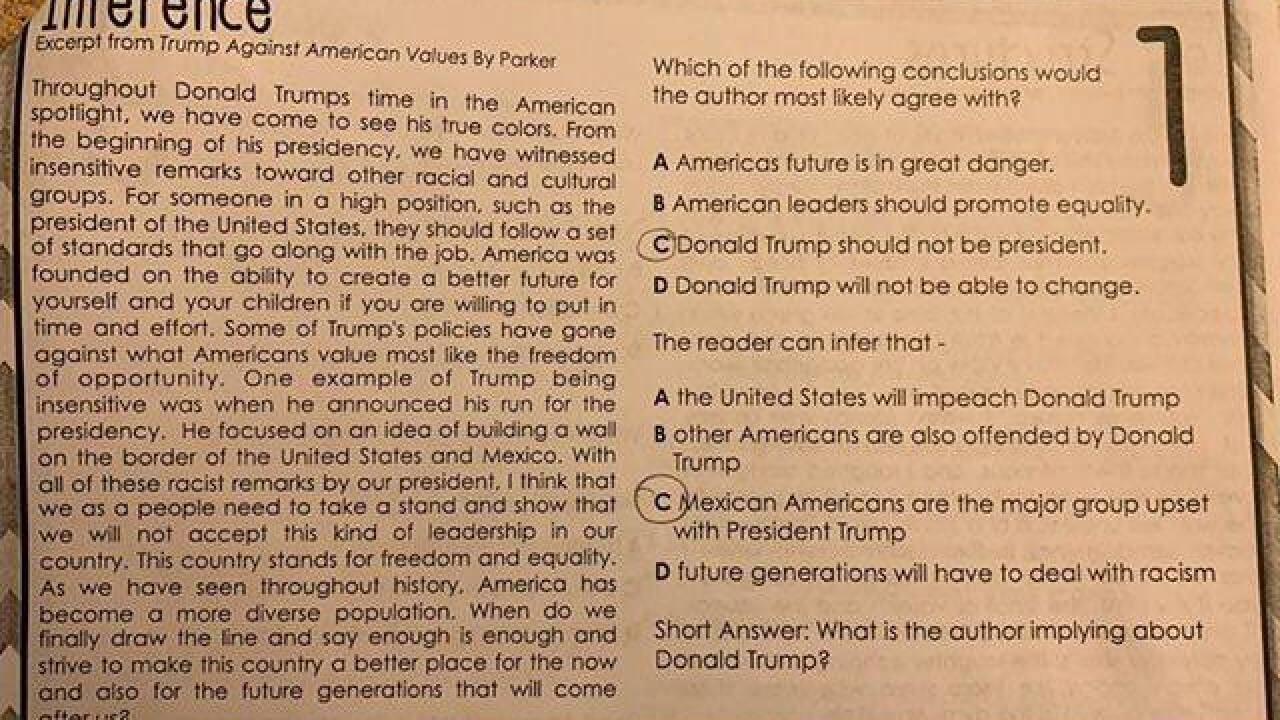 The assignment required students to read an excerpt from "Trump Against American Values" by Parker, and then answer the questions that followed. The first question asked, "Which of the following conclusions would the author most likely agree with?" The answer to the questions was, "Donald Trump should not be president."

The second question asked what the reader would infer from reading the passage. The answer being, "Mexican Americans are the major group upset with President Trump."

Cain said in his Facebook post that the superintendent of the district, Randal O'Brien, is aware of the issue and has taken corrective action.

"It is our understanding the [sic] he and his administration have done all that state law allows them to do at this time," Cain said. "Superintendent O’Brien is and remains the right man for the job."

Cain was made aware of the post by Chris Felder, a concerned parent at the school.

“This was an assignment my 7th grade daughter received that I found to be very out of place to say the least," Felder commented, according to Cain's post. "This type of non-factual rhetoric has no place in our schools regardless of who the president is. My children have experienced great teachers in the classroom, but have also had to put up with those who see their role as indoctrinators, not educators. As a fellow graduate of Goose Creek ISD, I’m embarrassed that this is what our District tolerates.”

"We received many calls at the district following the issue of a media release and social media post that told part of the story and did not reflect the fact that the matter had been resolved within the district," GCCISD stated. "Many of those calls were deeply disturbing and threatening in nature. While we all agree that the particular passage should not have been used, the teacher made a simple error in judgment. Like all of us, teachers are human and make mistakes from time to time."