Trump autographs Bibles for victims of deadly tornado in Alabama 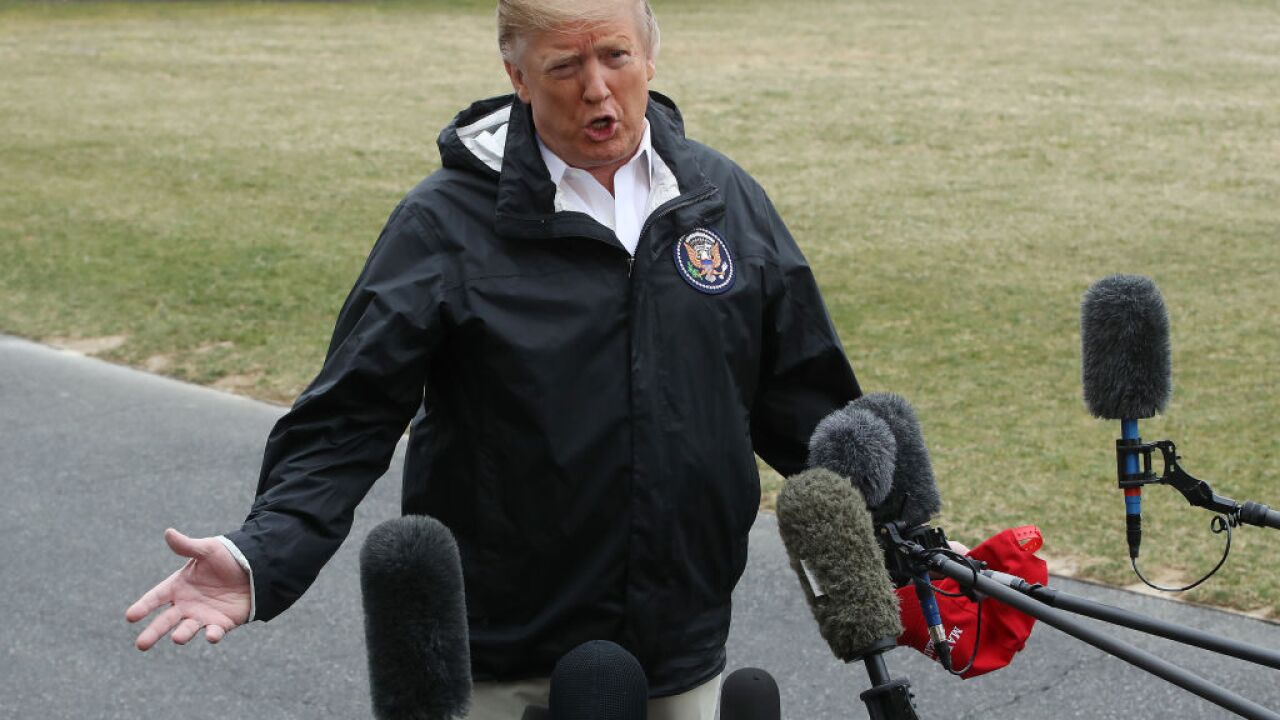 President Donald Trump visited tornado-damaged parts of Alabama on Friday, touring the damage and meeting with the victims of last Sunday's deadly tornado.

During his visit to Lee County, Alabama, he signed a number of his campaign's Make America Great Again hats, along with Bibles.

Community volunteers applauded Trump for visiting the community and signing autographs for residents.

"I enjoyed him coming," Ada Ingram said. "I think it’s a godsend. I’m sorry. The situation is bad. And there are going to be people who will say why did he come to my town. I don’t know why."

While Ingram, who said she previous voted for Trump, welcomed Trump's visit, some on social media took issue with Trump autographing bibles at the church.

I don’t know who it is a worse commentary on: Trump actually signing Bibles in Alabama, or the people asking him to sign a Bible. Lordy Moses.

The Associated Press reported that one of the Bibles autographed by the President was for the 10-year-old daughter of a volunteer. He also reportedly signed the bible for a 12-year-old boy.

“She just reached out there and said, ‘Mr. President, would you sign this?’" volunteer Emily Pike told the AP.

While in Alabama, Trump privately met with a dozen families at a local church. He then entered into a church auditorium to greet and thank the first responders on hand.

“I’ve never seen anything like it," Trump said about the tornado damage.

The tornadoes on Sunday killed 23.