Stamp will be available in June 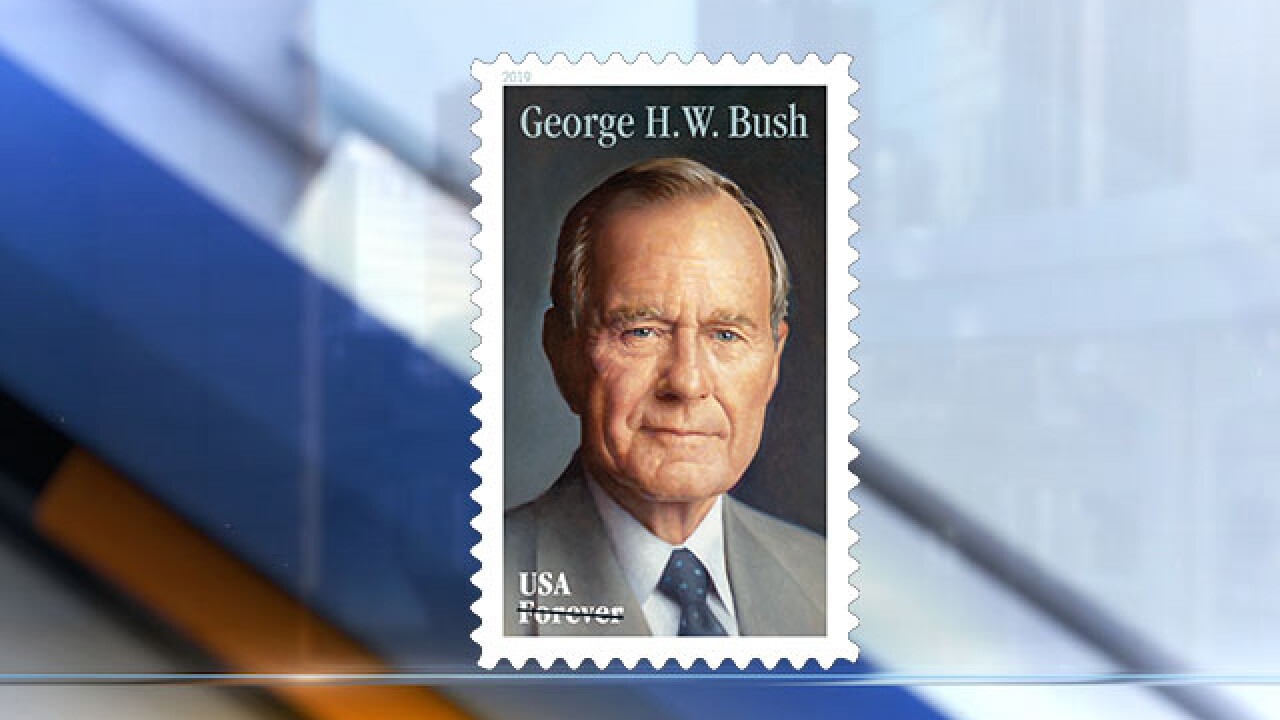 In a news release , the USPS said the stamp is a portrait of Bush, which was painted by Michael J. Deas, and is based on a 1997 photograph taken by Timothy Greenfield-Sanders.

A first-day-of-issue ceremony will be conducted June 12, which also happens to be the late president's birthday, the news release said.

"The stamp is being issued as a Forever stamp, which will always be equal in value to the current First-Class Mail 1-ounce price," officials said in a news release.

Bush died in November at the age of 94.