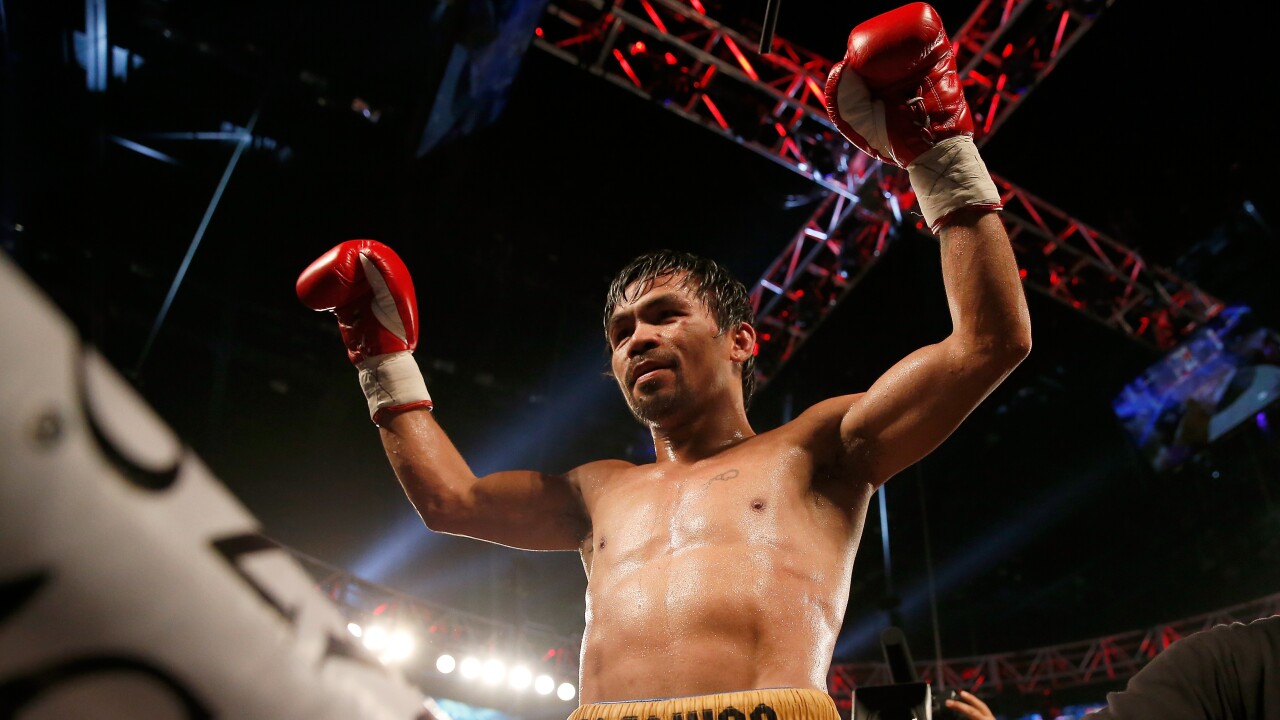 LOS ANGELES (AP) — A spokesman for boxer Manny Pacquiao says the famed fighter’s Los Angeles home was robbed at about the time he was in the ring with rival Adrien Broner in Las Vegas.

Los Angeles police said a burglary was reported about 4:15 p.m. Sunday in the Larchmont neighborhood. It was unclear if anyone was at home at the time.

The 40-year-old dominated over Broner, who is at least a decade younger, shutting down talk of possible retirement.