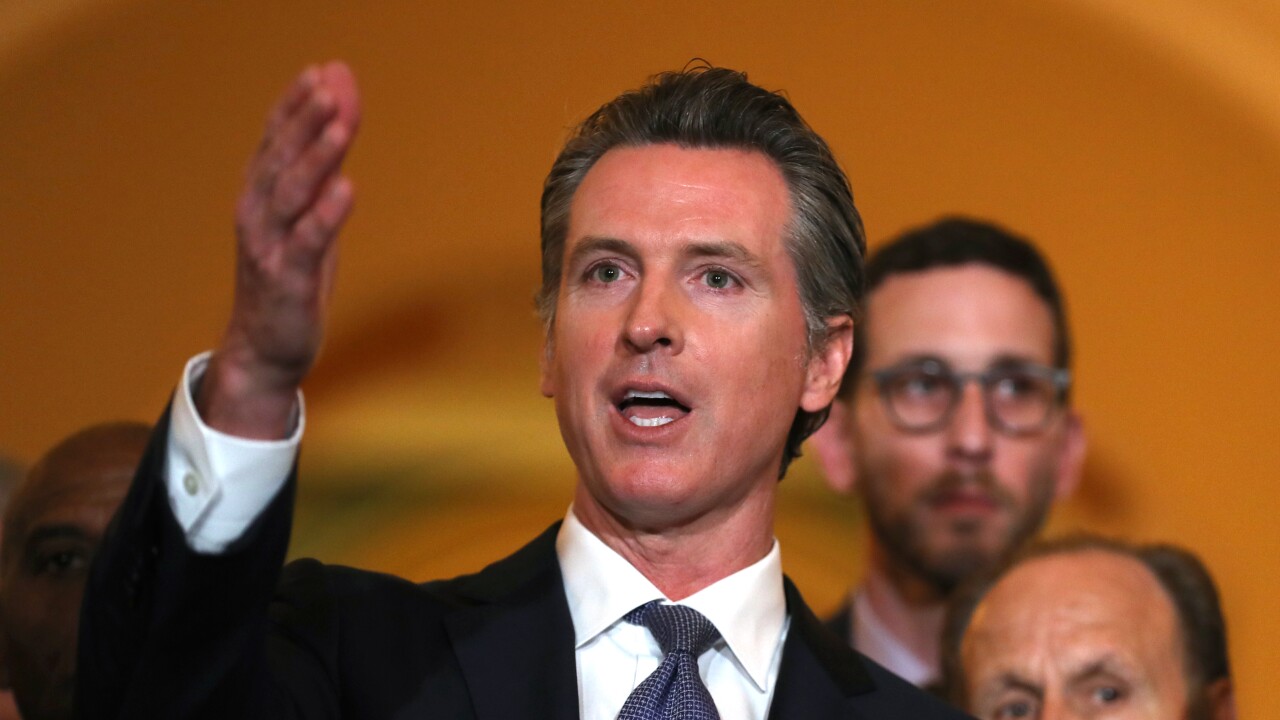 SACRAMENTO, Calif. (AP) -- California's governor said Wednesday that he is seeking $750 million in part to help pay rent for people facing homelessness in the most populous state's latest attempt to fight what he called a national crisis.

The state's worsening affordable housing and homelessness problem has prompted anger and outrage from citizens and repeated criticism from President Donald Trump aimed at Newsom and other Democratic leaders.

The governor also directed the state to provide 100 travel trailers and modular tent structures to cities and counties that meet certain criteria. The trailers and tents would be used for temporary housing and to provide related health and social services. He also announced a multi-agency "strike team" to help local governments address homelessness.

The new fund could include not only state taxpayer money but donations from philanthropic organizations and the private sector. The money would go to providers to pay rent, pay for affordable housing units, or to aid board and care homes.

Newsom said a year ago that he wanted to build housing on surplus state property. His new order directs his administration to identify some of those properties that can be used by local governments or nonprofits to shelter homeless individuals on a short-term emergency basis, s o long as it doesn't delay the development of affordable housing.

He said the state will measure local governments' success in moving people off the streets as a requirement for receiving more state assistance.

"Californians are demanding that all levels of government -- federal, state and local -- do more to get people off the streets and into services -- whether that's emergency housing, mental health services, substance abuse treatment or all of the above," Newsom said in a statement.

He said compassion for those who are homeless "isn't allowing a person suffering a severe psychotic break or from a lethal substance abuse addiction to literally drift towards death on our streets and sidewalks."

To that end, he said he is also seeking $695 million including federal funds to increase spending on preventative healthcare through the state's Medicaid program. The money, which he expected to eventually reach $1.4 billion, would go to prevent things that he said can lead to homelessness, including aiding tenants and helping people find housing. A portion could even go to rent assistance if it helps individuals lower their high use of healthcare services.

Another nearly $25 million, eventually growing to more than $364 million, would go to test programs in three of the state's 58 counties to put those deemed incompetent to stand trial for criminal offenses into community programs instead of state mental hospitals.