Harris, home in California, gets a look at wildfire damage 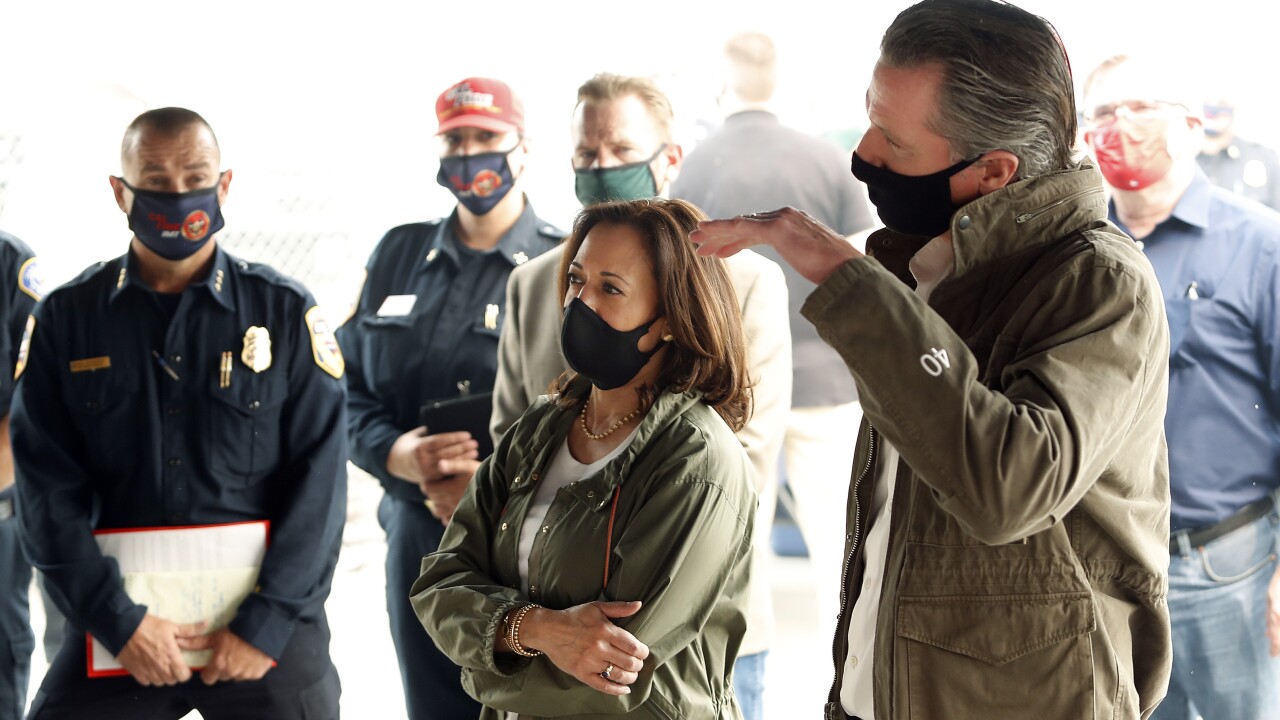 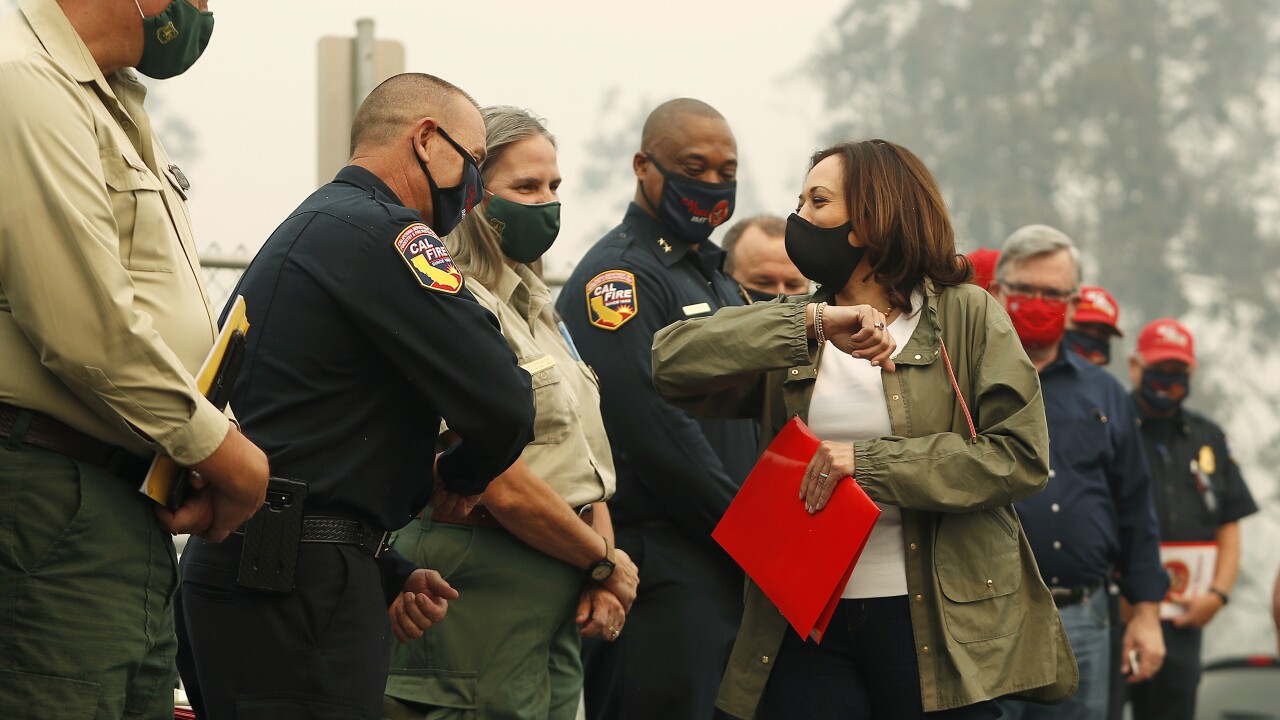 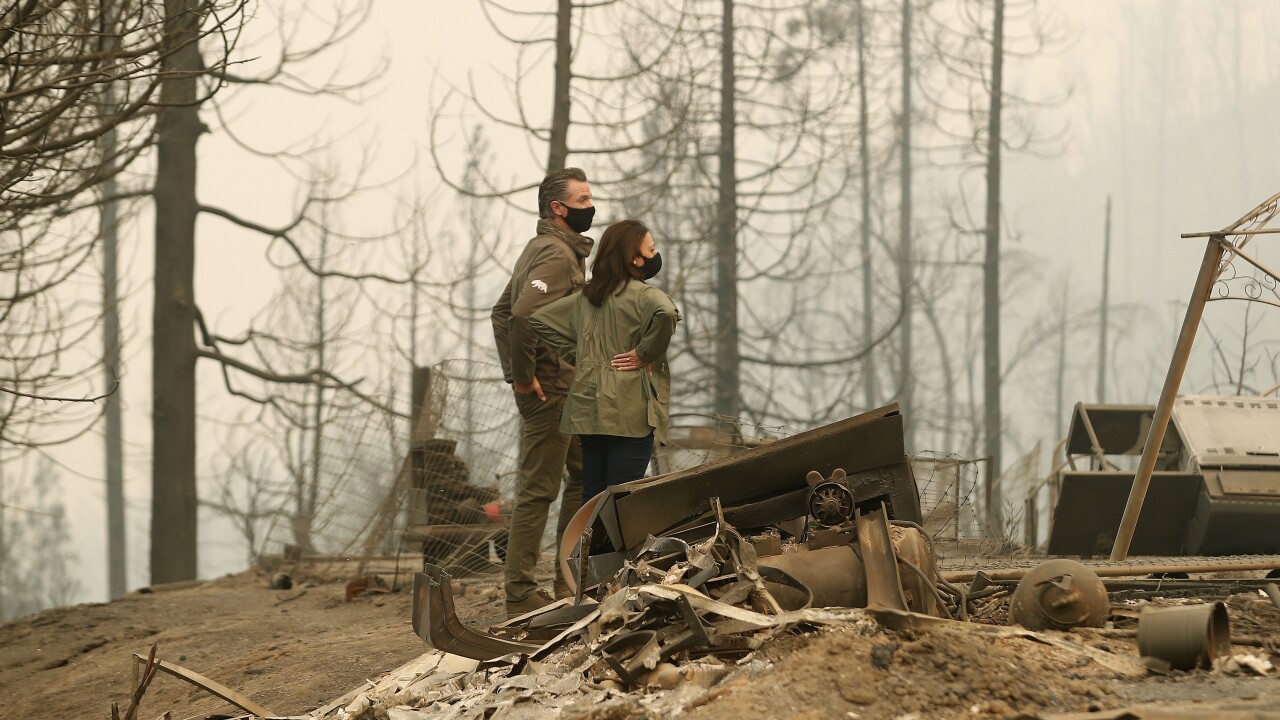 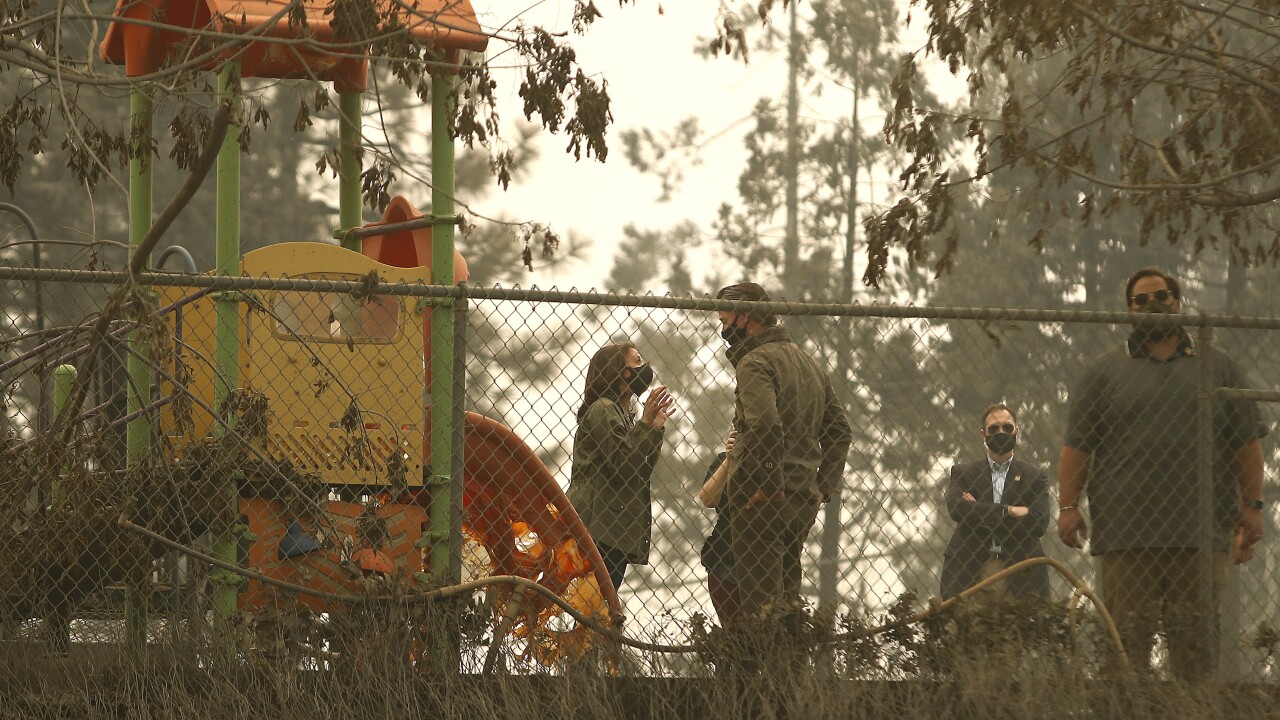 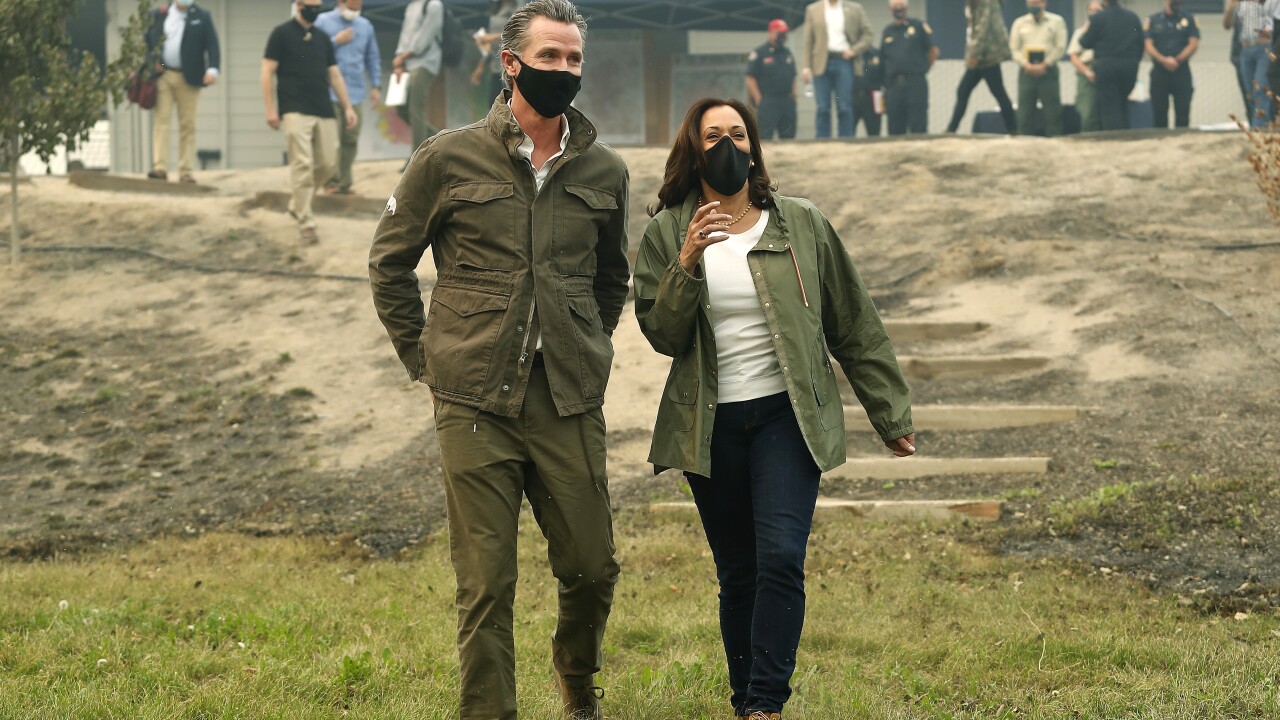 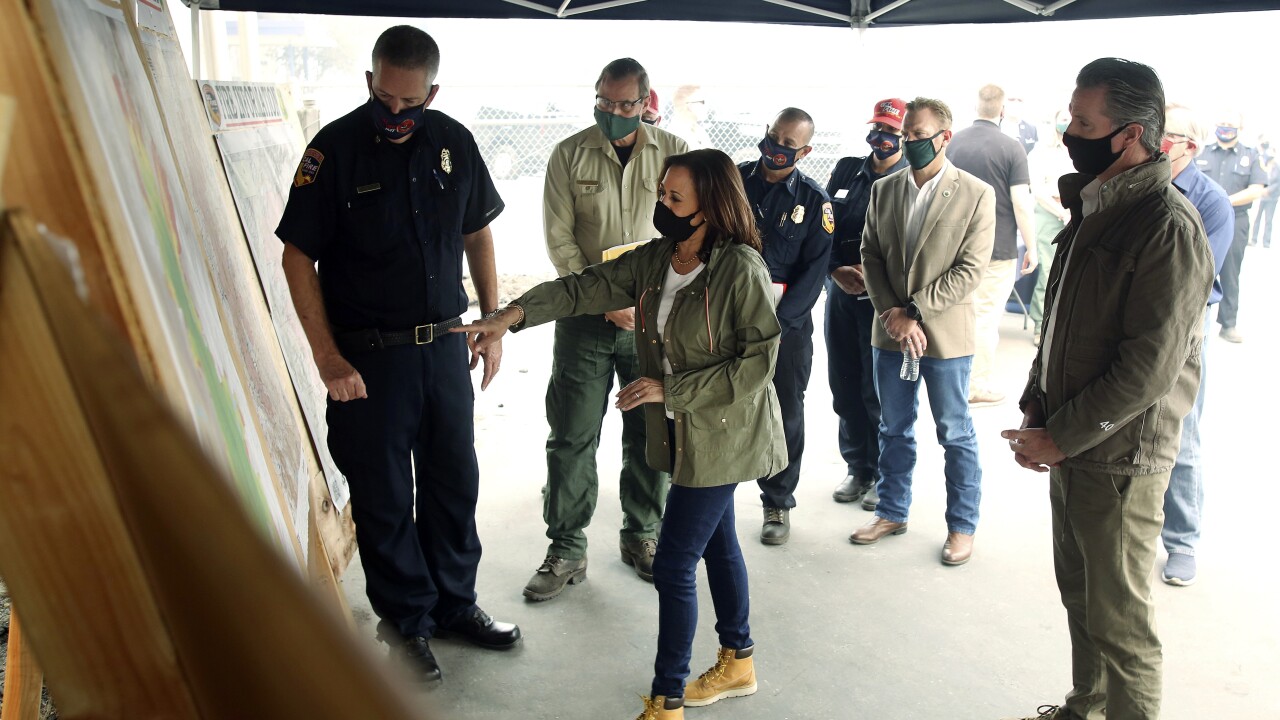 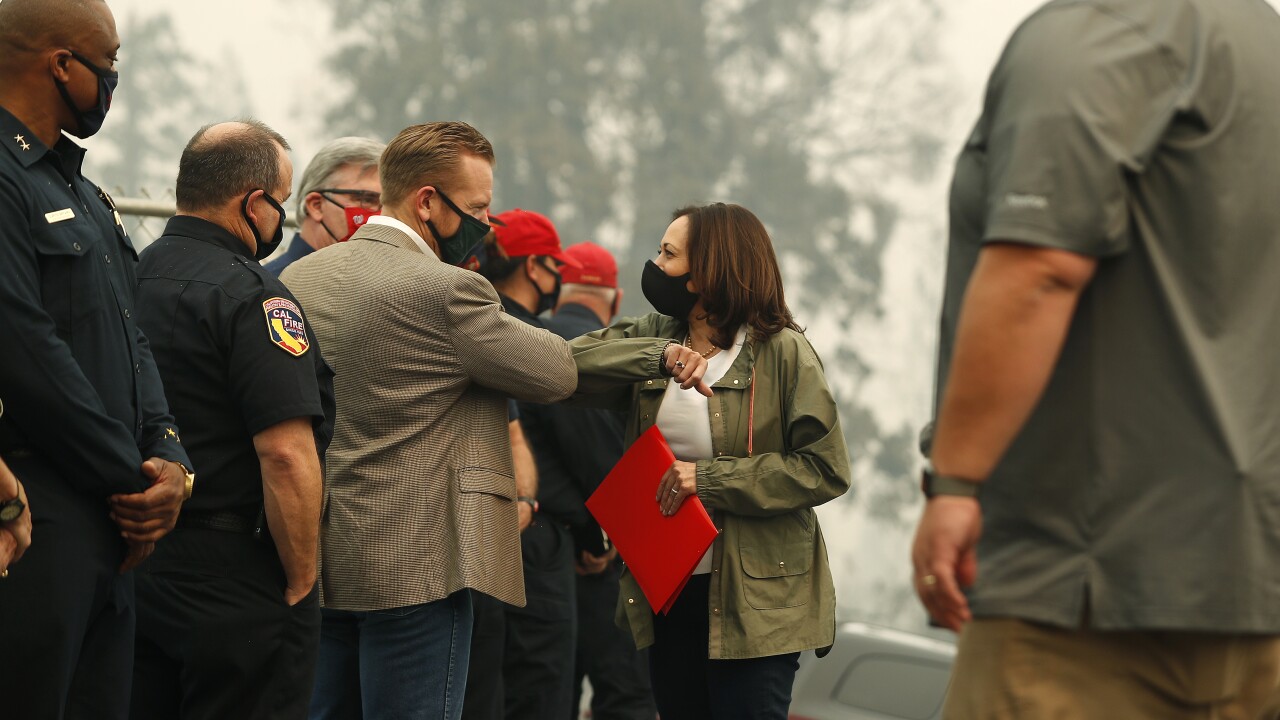 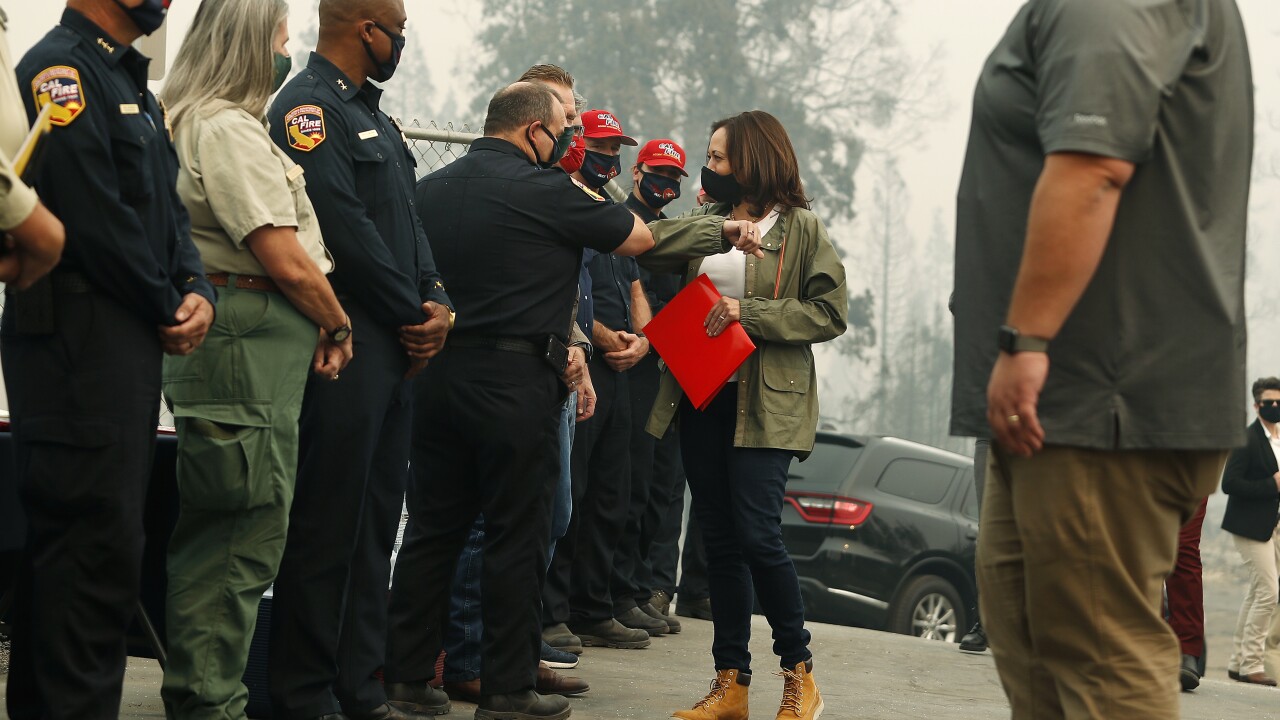 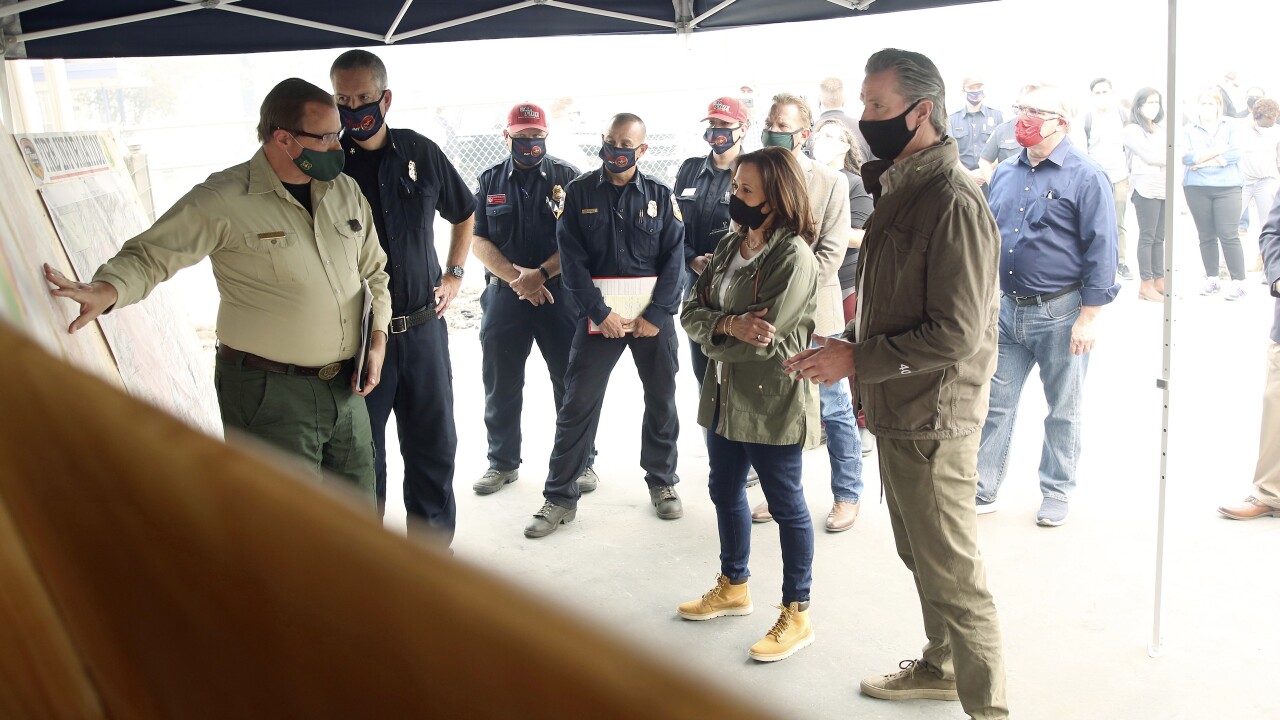 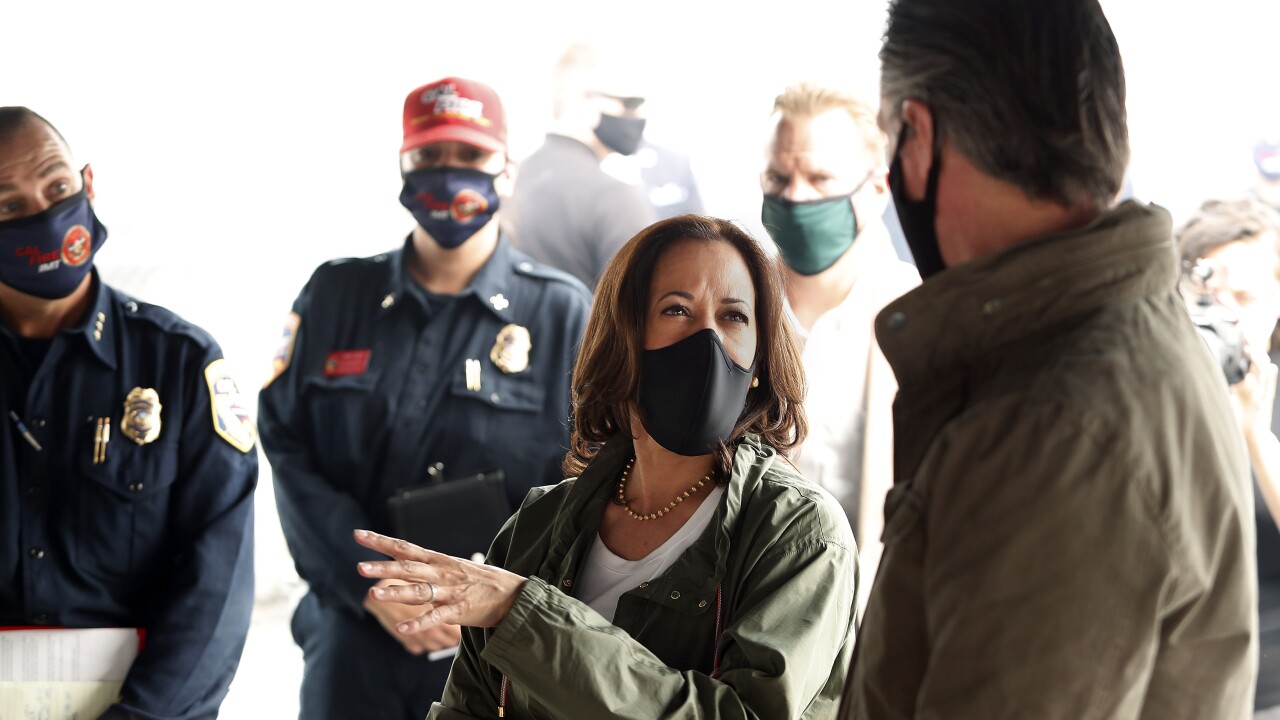 Her Tuesday remarks came as she toured fire damage in a small foothill community hit by a wildfire sparked in the Sierra National Forest over Labor Day weekend.

It was her first visit to California as the Democratic vice presidential nominee.

Her trip came a day after President Donald Trump visited the state and rejected the scientific consensus that climate change is worsening the state's fires.

Harris told reporters that it's not a partisan issue.