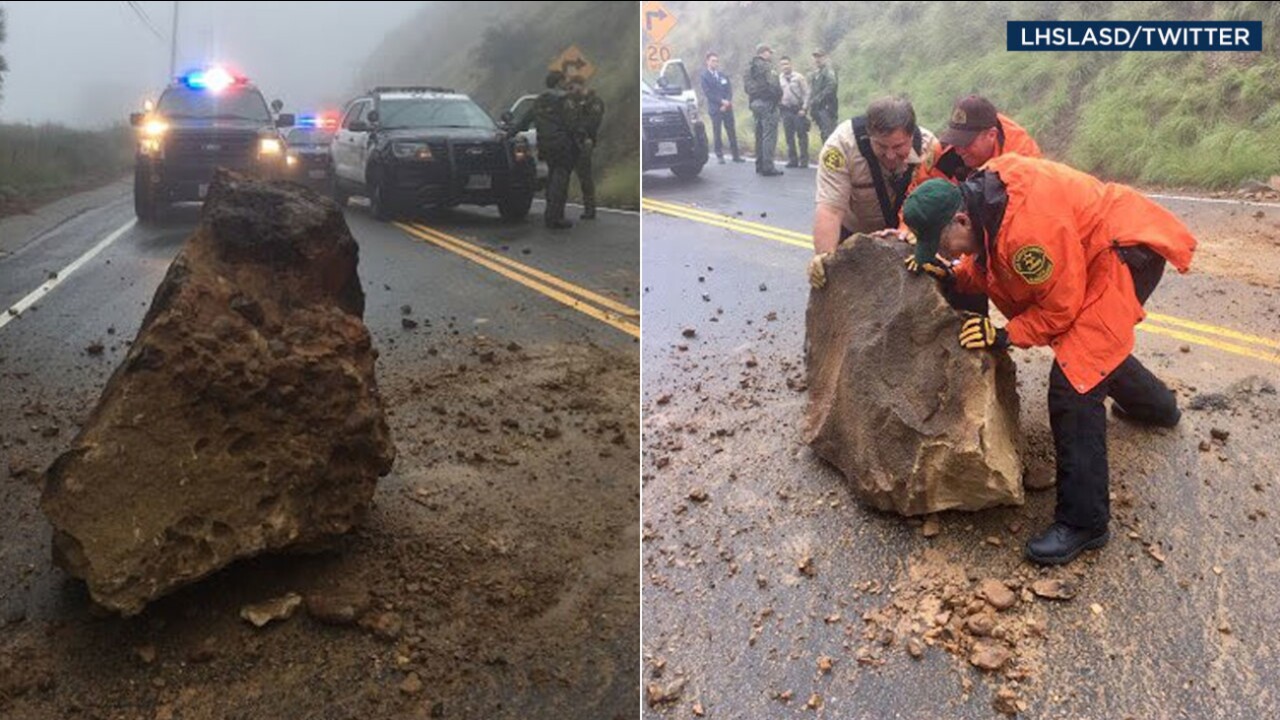 MALIBU, Calif. (KABC) — A hiker was critically injured after she was struck by a large boulder in Malibu, Los Angeles County sheriff's officials said Thursday.

The sheriff's department's Lost Hills station posted about the incident on Twitter. Authorities said the boulder tumbled down onto Rambla Pacifico Street and hit the 57-year-old female hiker.

The woman was described as being in critical condition. No further details were immediately disclosed.