Police searching for gunman who shot at Fresno family gathering 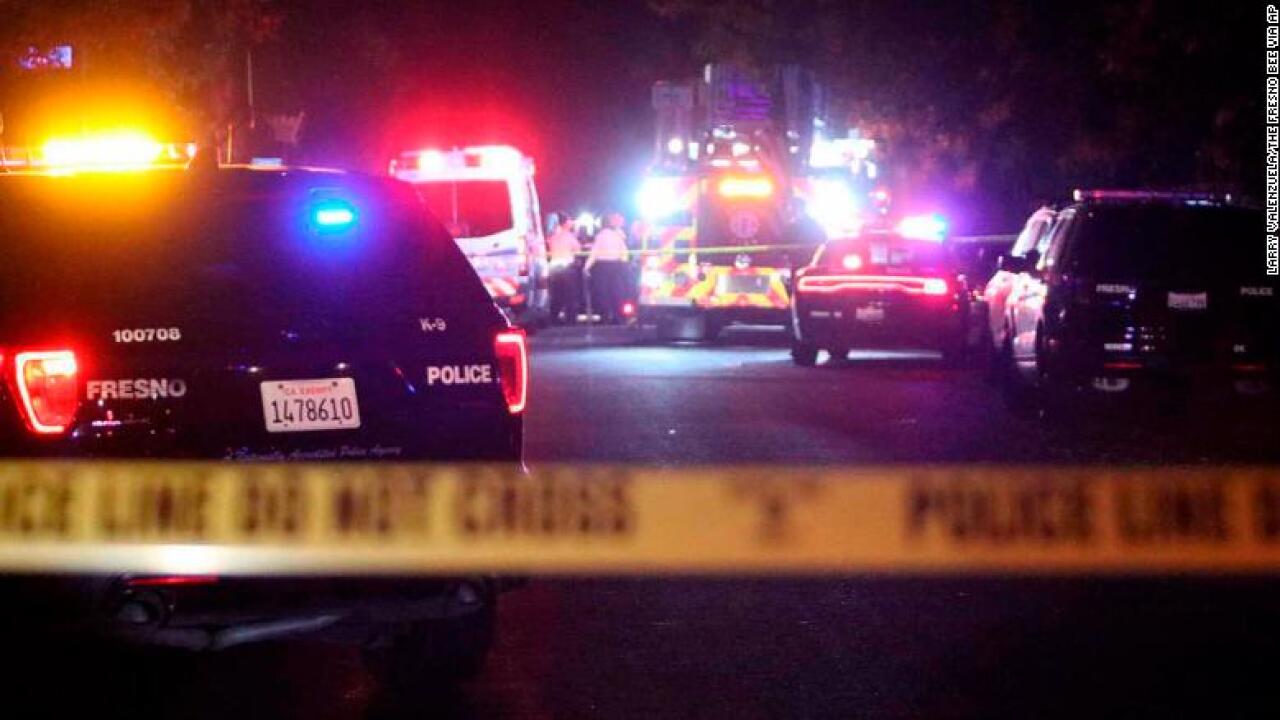 FRESNO, Calif. — At least ten people have been shot, and four are dead after Fresno Police say a suspect opened fire as a family gathered at an east-central Fresno home Sunday night.

Officers responded to a home on Lamona Avenue near Ceasar Avenue, located about three blocks south of the Fresno Yosemite International Airport just before 8 pm on Sunday.

Fresno Police say around 45 people were at the home to watch a football game on television.

The suspect came into the backyard and opened fire on the ten people that were in the yard. The other 35 people inside the home, which included women and children, were not injured.

When officers arrived, they found three people who had already died from their injuries. The fourth victim died at a hospital.

The Fresno County Sheriff's Office says the ages of the men killed range from 23 to 40.

Police have not yet released a description of the suspect, or possible motivation.

Streets in the area have been closed off as the investigation continues. Residents and drivers are advised to avoid the area.

Fresno Police say they are using their "mass casualty protocol" for this shooting.

The federal Bureau of Alcohol, Tobacco, Firearms and Explosives announced late Sunday night that it will be sending agents from its San Francisco field office to assist in the investigation of the shooting.

Fresno Mayor Lee Brand released a statement in response to the mass shooting:

"My prayers go out to the victims and their families, along with the promise that those responsible for this horrific crime will face the full force of justice. The City of Fresno will not tolerate this type of violence in any of our neighborhoods. We will add whatever resources that are necessary to find those responsible. This senseless tragedy does not define us - rather, our response and unity as a community will and I have complete confidence in our collective resolve."