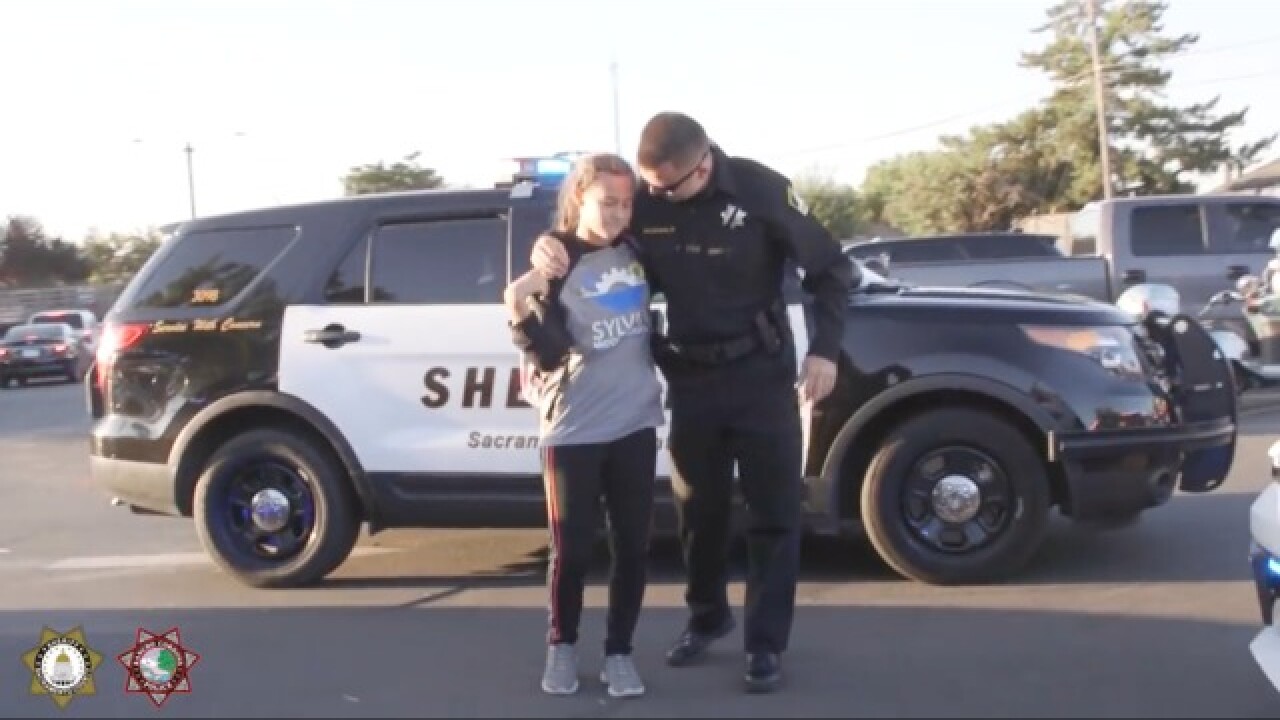 Officers from the Sacramento County Sheriff's Department escorted a fallen deputy's sister back to school on her first day back after the loss of her brother.

Aiyana Stasyuk is a student at Sylvan Middle School in Citrus Heights. On September 17, her older brother, Deputy Mark Stasyuk, was killed in the line of duty.

When Aiyana returned to school on September 21, she was greeted and escorted in by officers of the Sacramento County Sheriff's Department.

Deputy Stasyuk was a four and a half year veteran of the Sacramento County Sheriff's Department. He was a patrol officer for the Rancho Cordova Police Department. Along with his sister, he leaves behind a wife, mother, and father.

CAHP Credit Union has established a memorial fund in honor of Deputy Mark Stasyuk. One hundred percent of donations will go to Deputy Stasyuk's family.