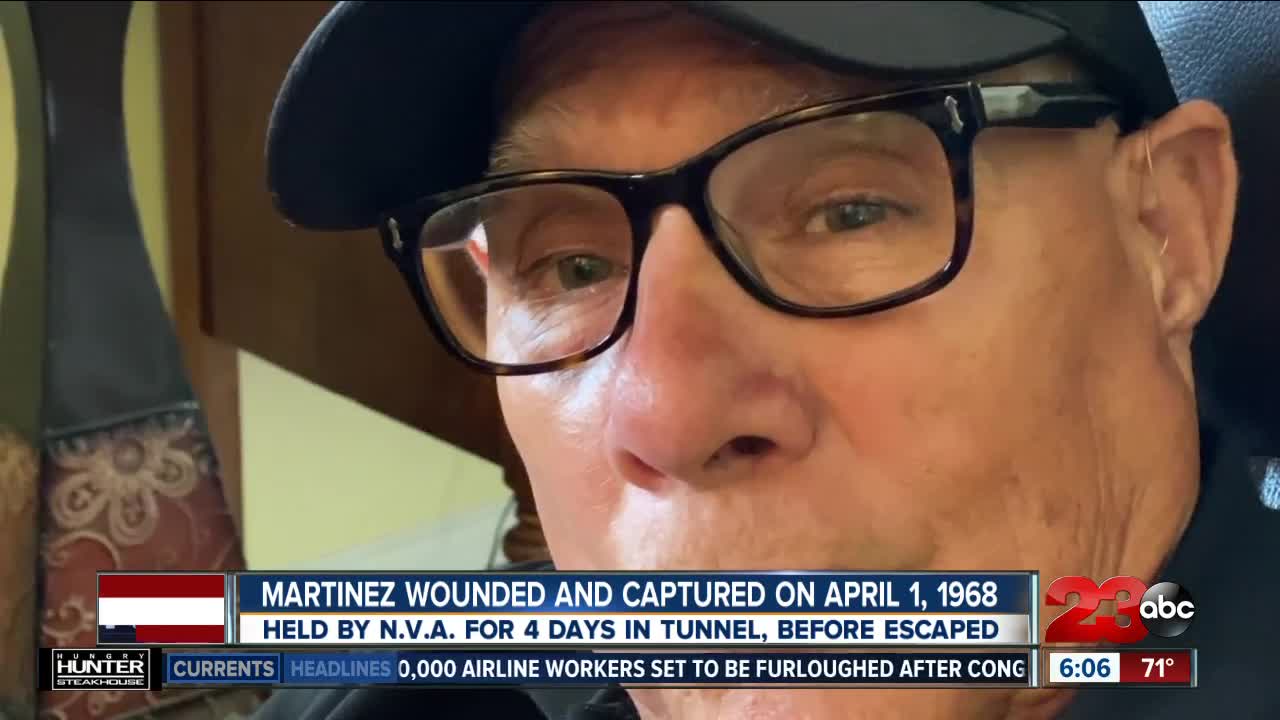 A local soldier in the Army's 1st Infantry in Vietnam, Gilbert Martinez shares his memories of his time in southeast Asia, including a brief time as a prisoner of war that resulted in 1 of 3 purple hearts he earned in combat. 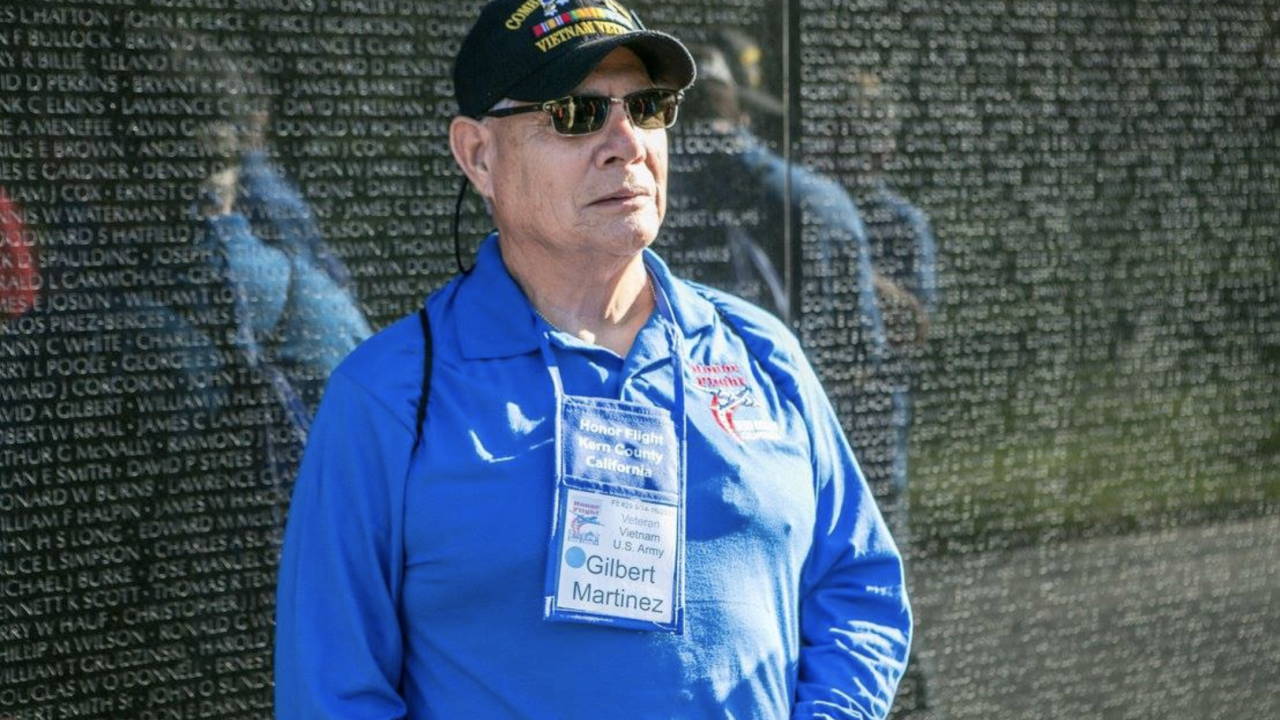 BAKERSFIELD, Calif. — Gilbert Martinez graduated from Arvin H.S. in 1966 and wanted to join the U.S. Army. A lofty aspiration for a young man who stood just five feet, five inches tall.
When he went to enlist, he took a test to become a medic but came up six points shy. But a couple weeks later it didn't matter, he was drafted and shipped out to Vietnam two days before Thanksgiving in 1967.
A foot soldier in the Army's 1st Infantry, Martinez saw action right away during an ambush on a night patrol.
"It was a big hairy fight," said Martinez, "we counted 18 enemy deaths and we had no casualties."
But it was also his first 'real' experience in war, one that he wouldn't forget.
"I'm just a kid from a small town," said Martinez who grew up in Lamont, "I only had a BB gun, so I was sick seeing all those dead bodies."
In the spring of 1968, as US forces moved further north, Martinez was wounded during a patrol on April 1st, and then captured by NVA regulars. He was hit in the face by a round and knocked unconscious. When he came to, he was in an enemy tunnel.
"They were beating me with the butt of the rifle," said Martinez, "and broke my nose. I was missing for four days."
But he was lucky. Gilbert says a bombing mission by the Air Force scared off the enemy, leaving him to crawl through the darkness to freedom.
"As I came out, my medic grabbed me," said Martinez, "they came back looking for me and got me to the hospital."
When he reached the hospital, Maj. General John Hay pinned a purple heart on Martinez and told him to call his family. His mother had just been contacted that Gilbert died in combat.
He would earn two more purple hearts and numerous other decorations before his year-long deployment was over, but he returned home with a lot of guilt. It was a trip on Honor Flight Kern County in 2017 that he credits with helping him to find closure.
"I tell people when I die I'm going to heaven, because I've been through hell," said Martinez, "and so have many of my brothers."
Gilbert is suffering from the early stages of dementia but holds on to keepsakes, like a book of the 1st Infantry's time in Vietnam signed by many of his friends. It's a chance to remember his time in the field, with moments that he's now at peace with.