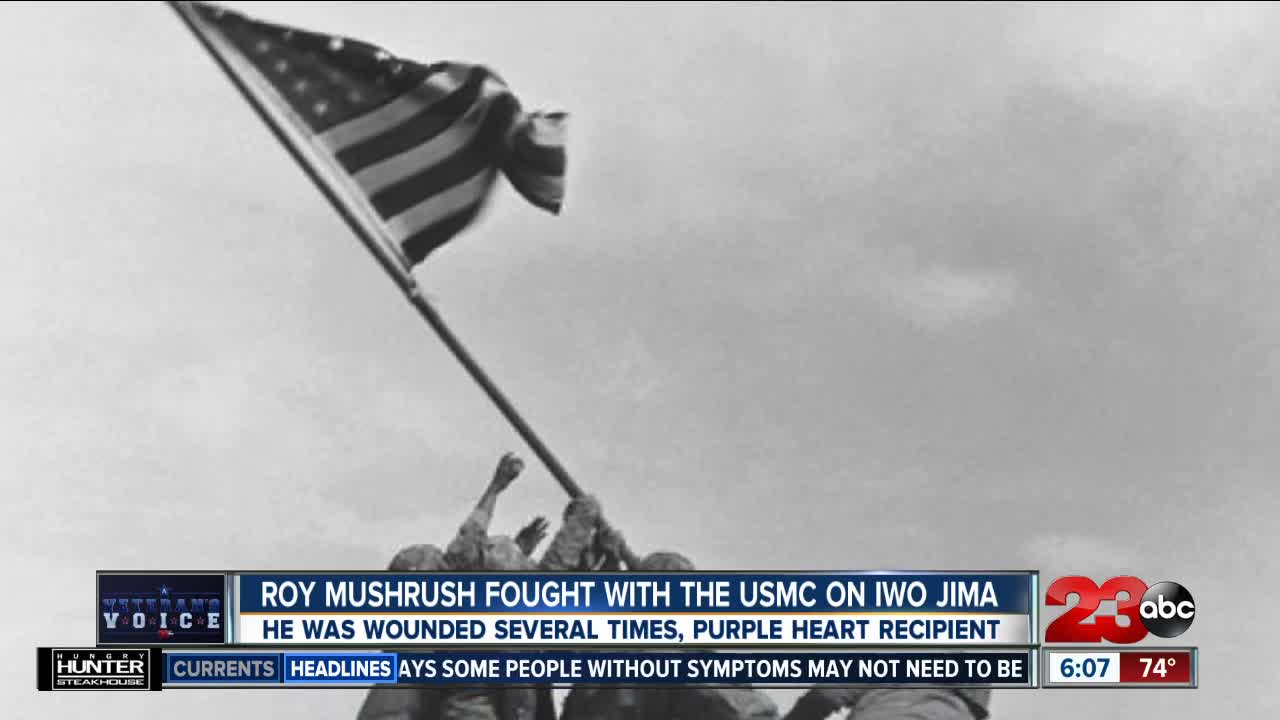 Veterans Voice: Roy Mushrush recounts the fight with the USMC on Iwo Jima, where he was injured and received his purple heart.

BAKERSFIELD, Calif. — World War II ended with a signature 75 years ago, when Japan surrendered to Allied Forces aboard the USS Missouri. For a Marine Corporal from the state of Missouri, the war for Roy Mushrush came to a conclusion after one fight. He spent just over a month on the island of Iwo Jima, from start to finish, getting wounded four times in the process.
Mushrush enlisted on his 18th birthday and was selected to be a Marine.
The 5th Marines, 26th Regiment was called to duty in early 1945 on Iwo Jima, one of the bloodiest battles of the war.
He was wounded four times during the course of the battle, twice by shrapnel from mortar fire, once when he was hit by gunfire in the helmet and finally with a shot to his pelvis.
He earned the purple heart and was sent back to Camp Pendleton for rehabilitation. When he was finally cleared to return to battle, the war was over.
He moved to Kern County and found work in the communications industry, and still lives in the same house he purchased 50 years ago.
At the age of 94, Roy still gets around pretty good. A 'no quit' attitude that keeps him marching following the loss of his wife Mildred 4 years ago.
There's hope that Roy can join Honor Flight Kern County on a trip to Washington DC next spring.