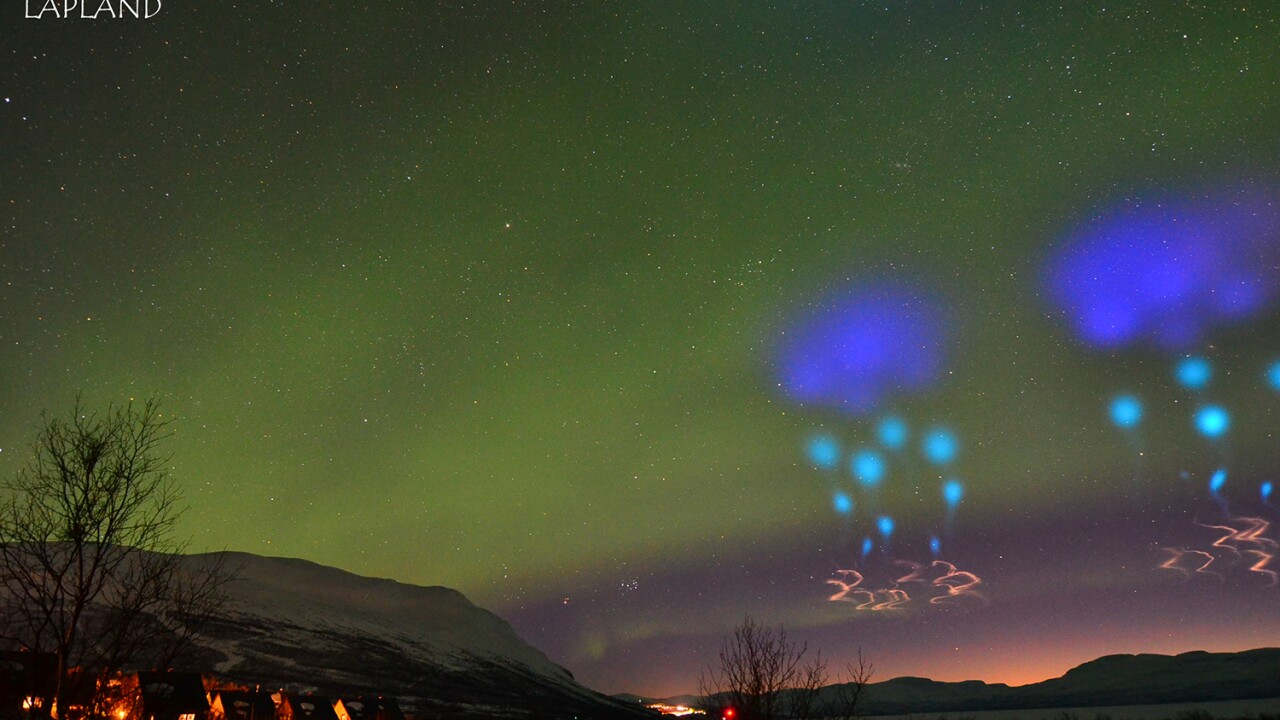 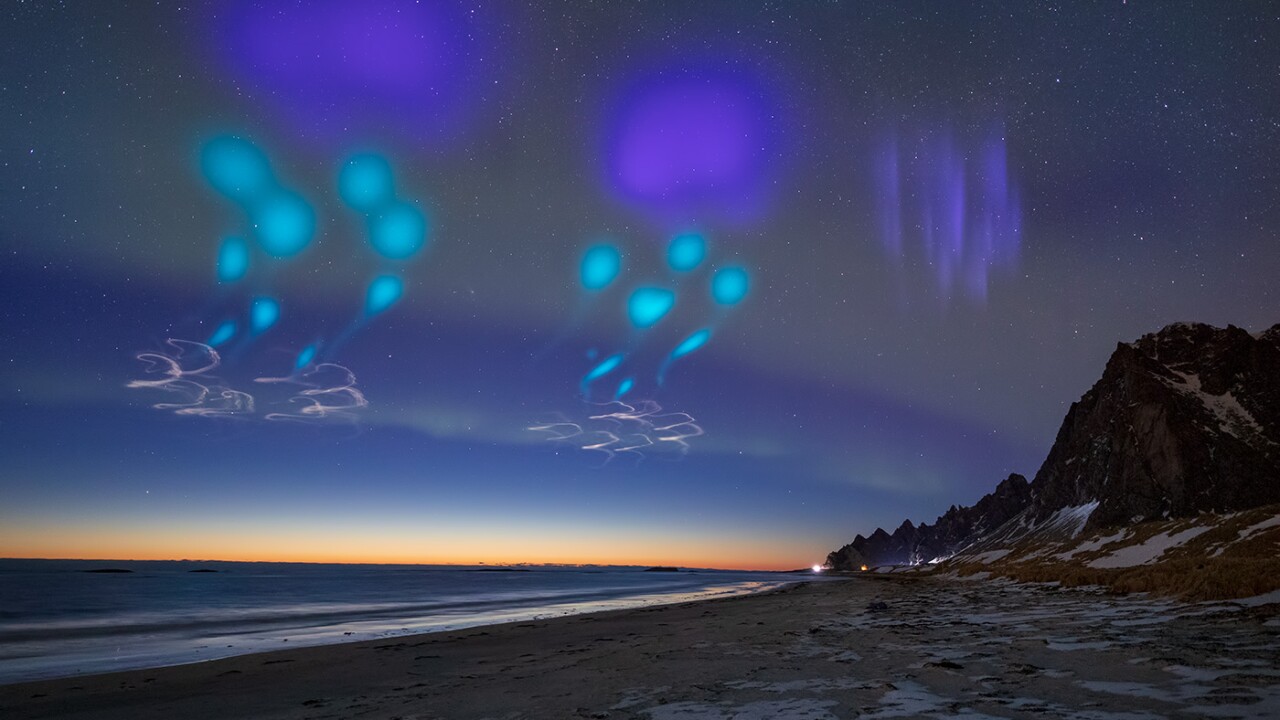 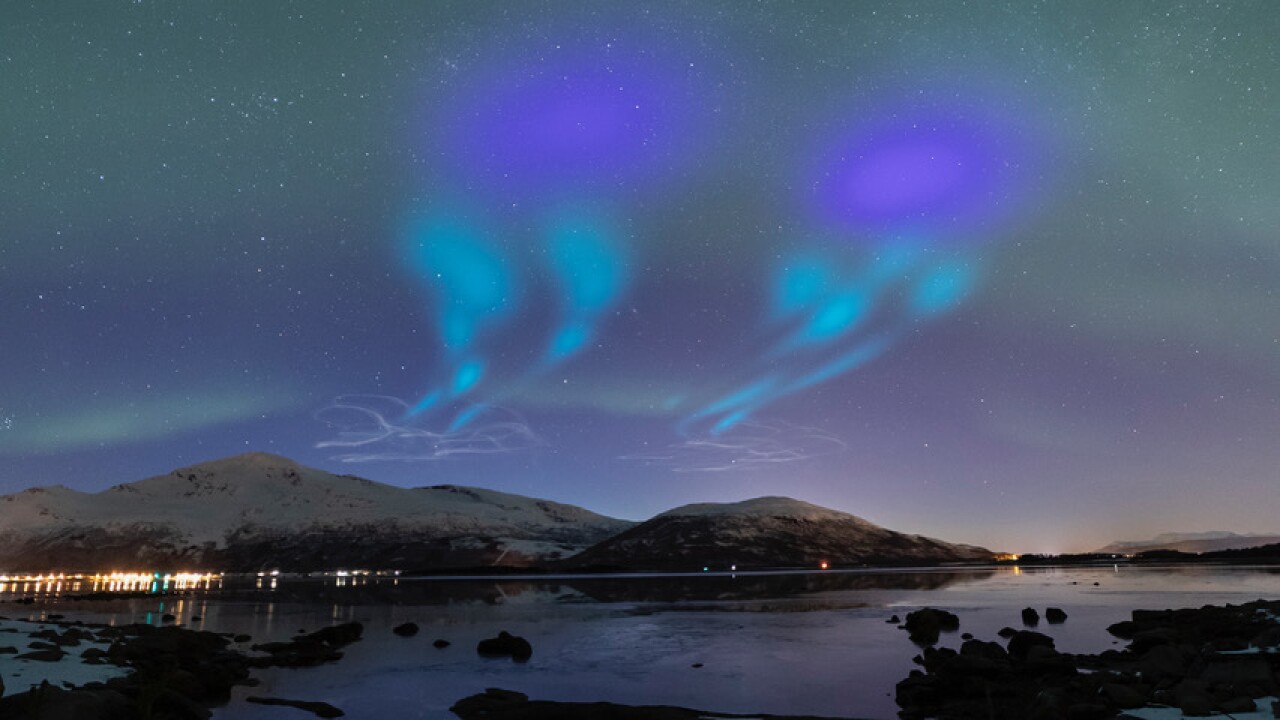 The Northern Lights were forecast to be weak over Norway Friday night, but two rockets launched by NASA created a much bigger show for hundreds of miles.

The rockets were launched two minutes apart from the Andoya Space Center in Norway as part of an experiment to study the Auroras. Two tracer chemicals were released from the rockets in the Earth's ionosphere (about 200 miles up), and created colorful, bright clouds, which helped researchers track the flow of particles in the Northern Lights. NASA says the chemicals pose no threat to residents.

The photos of the colorful clouds are spectacular, but you have to check out the video taken by Ole Salomonsen.