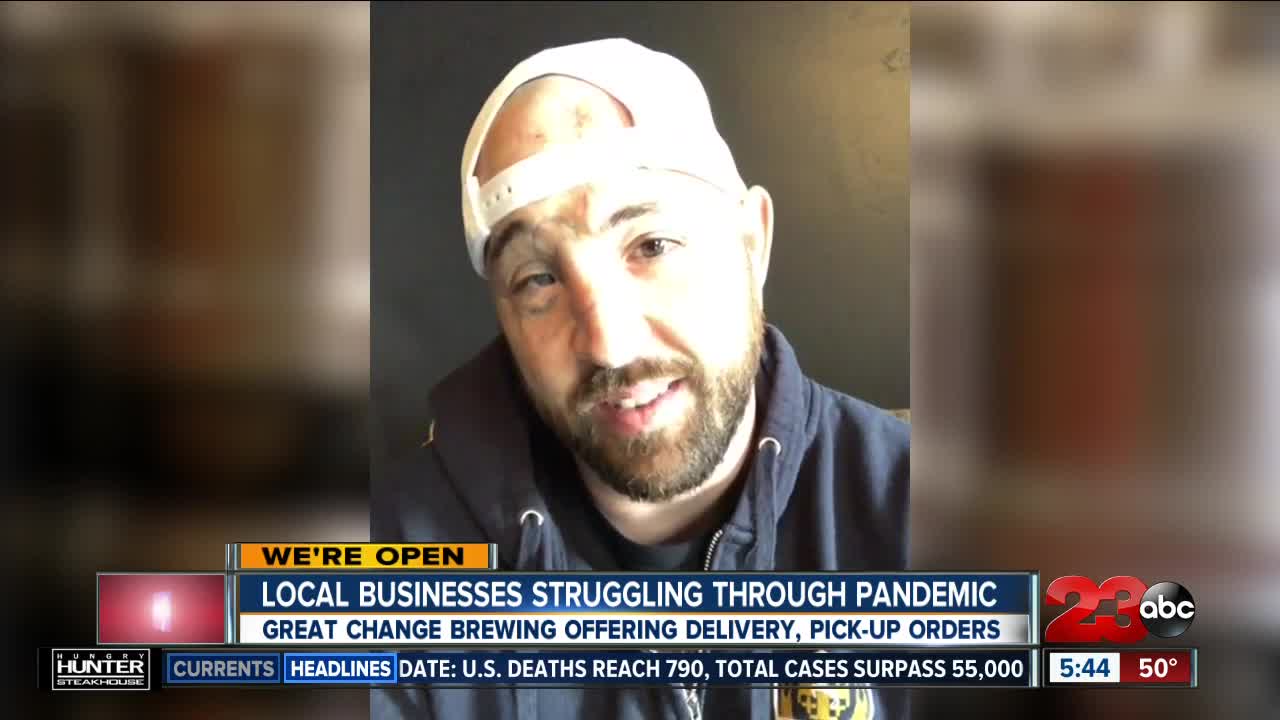 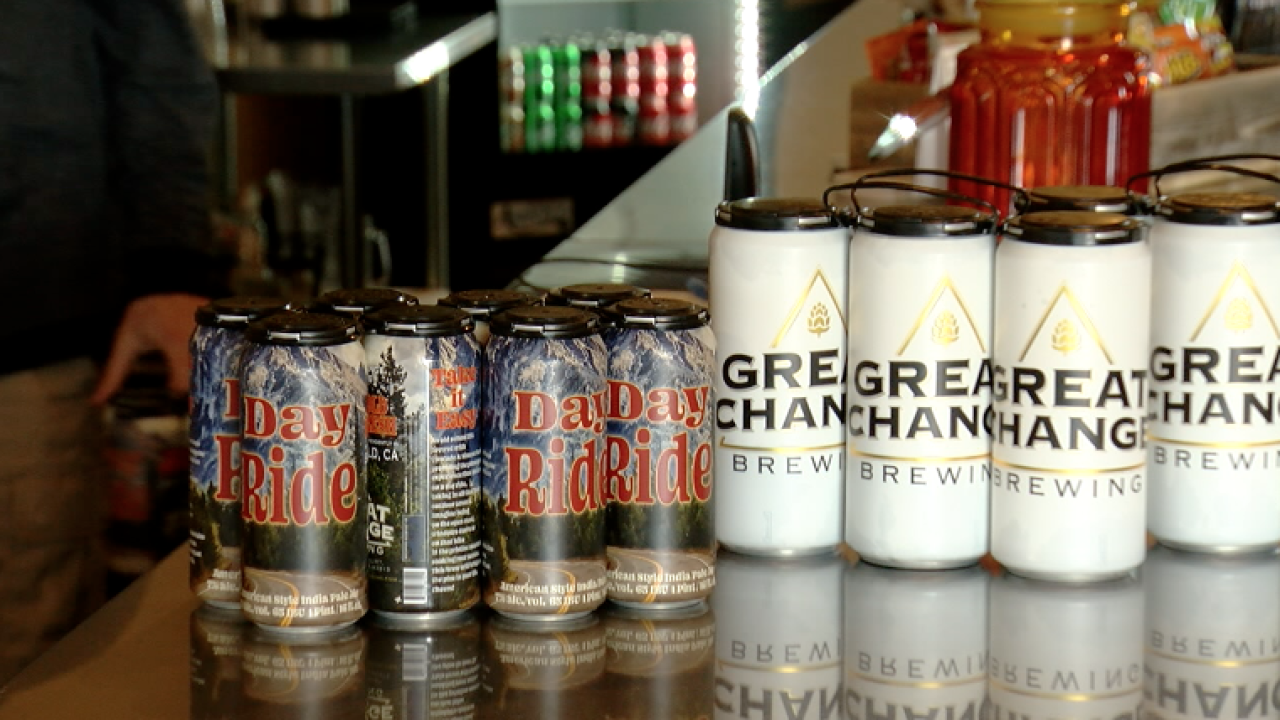 BAKERSFIELD, Calif. — It's no secret that small businesses are hurting right now.

"We have how to reduce our staffing which was very difficult," Kim Belmont, the co-owner of Great Change Brewing in Southwest Bakersfield, said. "Even before the outbreak of COVID-19 it's not easy being a small business."

Great Change Brewing normally has no problem filling their taproom, even on a weeknight. But that hasn't been the case lately. They've had to make quite a few adjustments to be able to keep their doors open.

"We are also delivering right now so that's also helpful for a lot of people that don't want to have to leave the house or can't leave their homes," Belmont said.

That's thanks, in part, to the state of California and the Department of Alcoholic Beverage Control.

"Some of the laws with the ABC have been relaxed so that people can do this delivery one on one which is something that was previously a lot more difficult."

It's also being made possible by the Bakersfield community.

"Bakersfield never really had a problem with this, supporting local businesses here," Evan Morgan, a local musician who also happens to work in the brewery industry, said. "I've been playing music for about a decade now, in Bakersfield."

But recently, all his gigs got canceled. So, he got an idea. He decided to put on a show through Instagram Live.

"I'm not the only one with the idea because when I tried to log on that night, it wouldn't let me, I was 10 min late because there were too many livestreaming at the moment," Morgan said.

He encouraged his followers to pick up an order from any local brewery in town, and tune in.

"I saw people sharing the post and showing the to-go beers that they were picking up that day," Morgan said. "You know I got some great sweet messages in my inbox after I was done, saying 'hey I really needed that', and 'that was great in this time.' and that kind of thing."

Both Belmont and Morgan agree, it's community reinforcement like this that keeps Kern County businesses strong.

"To have that kind of support is so crucial and we are so thankful for it," Belmont said.

Great Change Brewing can be found online here, and if you want to tune in to Morgan's next live concert, you can follow him on social media here.