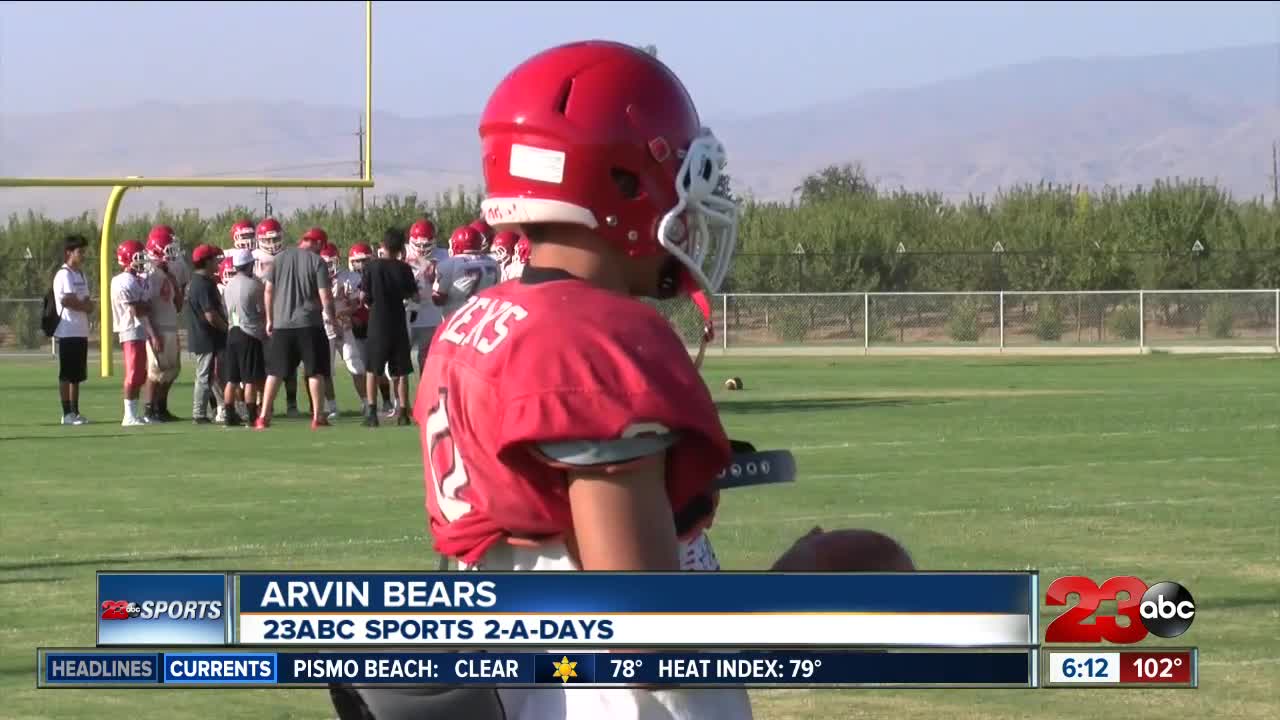 ARVIN, Calif. — The Arvin High School Bears are coming off of a 7-5 overall season that saw them advance to the quarterfinals of the Division 5 Sectionals.

This year, the Bears will have to resemble their mascot and play tougher than most. The participation numbers are down for Arvin when it comes to football, leaving the varsity squad with just 25 players on their roster.

Head coach Edgar Mares thinks this is their biggest concern coming into the season, and he knows his players will have to adapt to a new mindset.

The roster is made up of 13 seniors, a major plus for a team who needs all the veterans they can get.

Some of that leadership comes from senior Gil Medina who was used as a running back, wide receiver and kick returner last season. He’s taking aim at keeping the team focused on their goals.

“To make playoffs as last year’s team did and hopefully go a bit further,” Medina said. “Just stay committed and don’t quit, that just makes you look bad. Stay with the team, just believe in the season and just hope for a good season.”

If Arvin wants to be successful in 2019, it will take a full team’s effort and a vaccination from the injury bug. The Bears will kick their season off on the road against the Highland High School Scots.