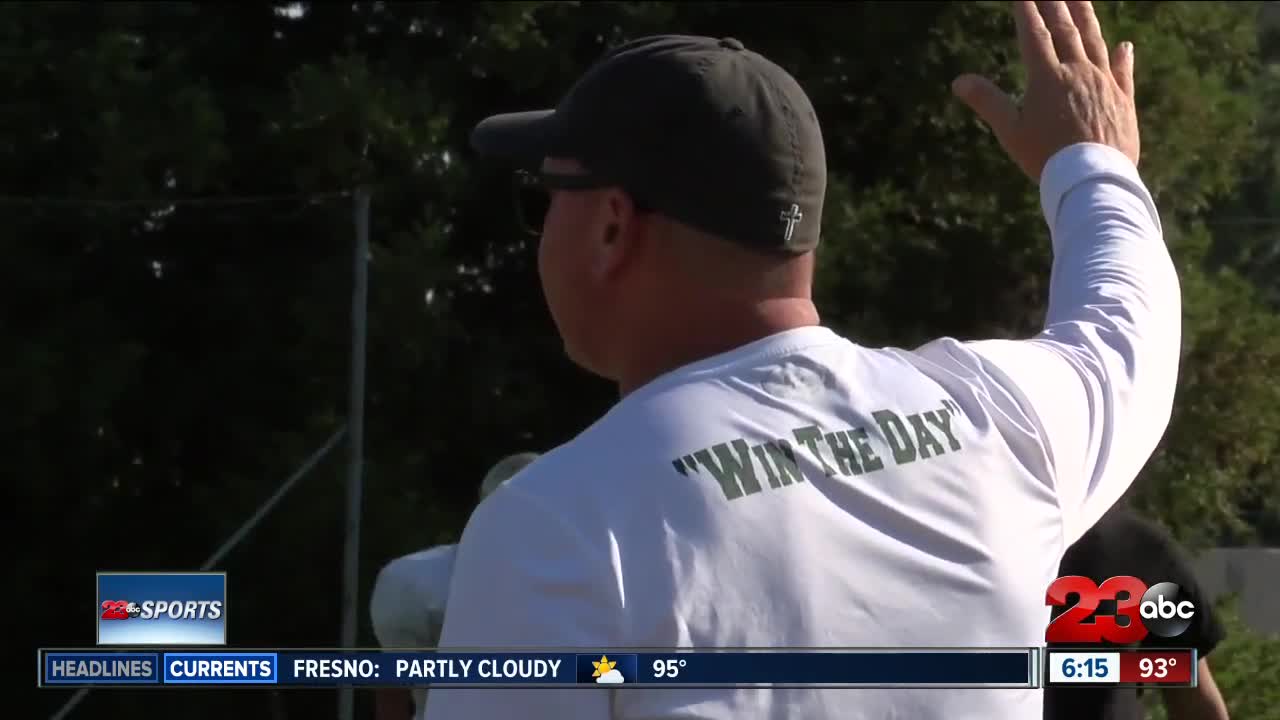 BAKERSFIELD, Calif. — After years of continuing tradition at Bakersfield High, Paul Golla is now creating a new one over at Garces Memorial High School.

Taking over a team that went 4-8 in 2018 but one that is returning talent to make a major shift on the field this next year.

That of course starts with Golla, who after 14 seasons at BHS and five Central Section titles and a Division One state championship in 2013.

He packed up his successful coaching career and took it across town to the Rams in 2019. And, for the players itching to have more success on the field this season, they have taken to the coaching style Golla brings to Garces.

“He really wants to win but in order for us to do that we got to buy in and for us to buy in we gotta, he’s really down to a T with coaching and teaching so as long as we follow what we gotta do we’re gonna win games,” junior running back Jalen Smith.

“We think differently and we play differently, playing better across the board, I think Golla really stresses practice like you play and we’ve been practicing really hard and I feel like that’s something different that we never had before,” junior tight end Zach Buckey.

And one highlight that will be returning to the field for the Rams are the guys up front as the team is boasting one of the biggest lines in the county, which is good news for returning quarterback Joseph Campbell.

After 14 years in the same environment, Golla appreciates the new experience.

“Going back through everything, starting over with philosophy and having a group of coaches and players buy in each other and it’s been fun and it’s been a very quick process so we really believe in our kids and our kids believe in us,” Golla said.

Garces opens up their season on Friday on the road for a big rivalry game against Bakersfield Christian in the Mission Bowl.