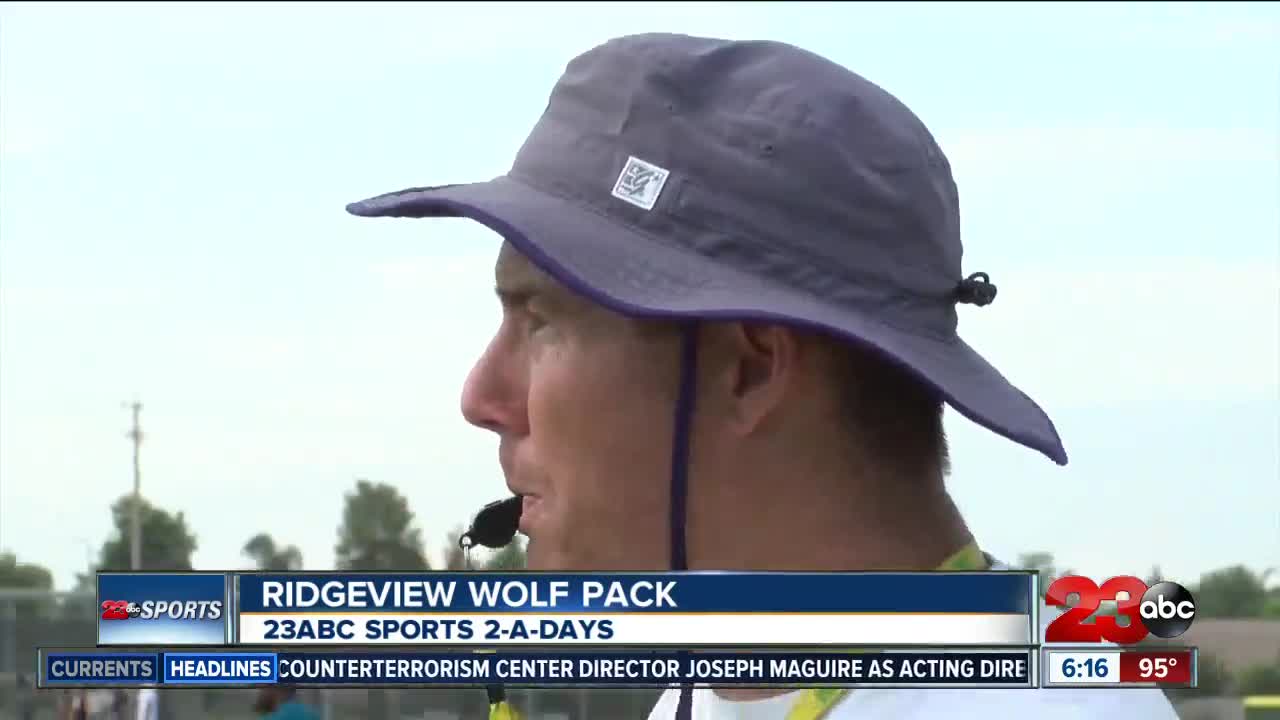 BAKERSFIELD, Calif. — Over at Ridgeview High School, there is a new leader of the Wolf Pack this year, but not someone in unfamiliar territory. After 16 years of head coaching experience, Rich Cornford takes over at the helm at Ridgeview in 2019.

The program went 7-4 overall in 2018 with a second place finish in the South Yosemite League, including an appearance in the CIF Division 1 Central Section Playoffs.

He's replacing longtime Ridgeview head coach, Dennis Manning, who still has a place on the Ridgeview coaching staff as a coordinator while also boasting a resume of working alongside Cornford.

“Manning has got a little different role, I've got a little different role, but the cohesiveness is there, the athletes are really good and they've come back in shape, they're excited about football,” Cornford said. “It was a chance to coach some kids that I coached when they were freshman, a few of these kids and then manning and I have been friends forever. I replaced him over the West High job and he just said, 'Hey, Rich, I think the time is right' I was more than excited to take over for him."

While the coaching staff builds on their chemistry, the team is focused on the same thing.

Although losing some key players from the 2018 campaign, including weapons like Tahj Wright and Daelin Degraffenreid, the current team isn’t worried about taking over the open spots.

“Kind of upsetting that we did lose a couple of star players but we still work our butts off it doesn't matter if we lose one person or two people, nothing is going to change, we just strive to get better and become the best that we can be,” senior lineman Maximus Hildago said.

Senior running back and defensive back, Alijah Alexander-Williams adds, “Just being on the same page and getting work done, having a bigger record, that's about it.”

Ridgeview opens up their season against Stockdale on the road on August 23.