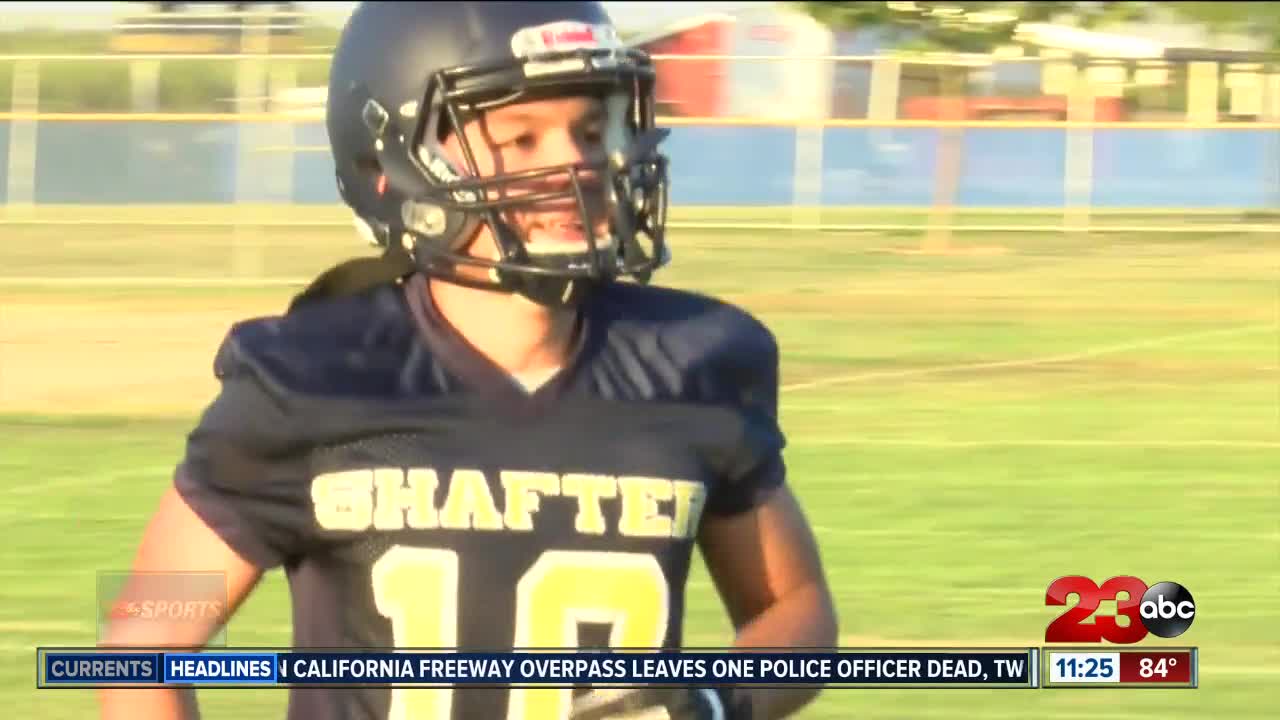 SHAFTER, Calif. — The Shafter Generals ended their season in heartbreak but still came away with 12 wins, their best under Head Coach Jerald Pierucci.

Shafter lost to Kennedy in front of 5,000 fans in the Valley Championship to close out their season.

You better believe Shafter is looking for revenge when they rematch Kennedy in Week 10. Pierucci doesn't have his calendar marked by any means, but he knows a win against the Thunderbirds would feel nothing short of sweet.

“When you lose to somebody in a big game like that, of course, there’s going to be some bad blood,” Pierucci said. “It’s not that its the Dodgers versus the Giants, but it’s something where you want to make sure you perform your best when you see them.”

One hurdle the Generals must overcome this year will be playing the first three to four weeks without Jackson Sanchez.

Shafter’s star wide receiver broke his foot during the off-season at a college football camp. Sanchez had over 1300 receiving yards and 16 touchdown receptions his junior season.

Both Pierucci and Sanchez are confident in the team as they’ve noticed a newfound leadership presence in Sanchez’s absence.

“They’ve really stepped up,” Sanchez said. “I was a leader to them but I think I taught them a lot before I was gone, so I think they stepped up and took that information. I think they’re doing the most of it, I think they’ll be fine.”

Shafter will have plenty of great match-ups this season. One of the highly anticipated games will be against Wasco High School, the school’s rival and Pierucci believes that Wasco will be the favorite to win the South Sequoia League in 2019.

Before they can focus on their league foes, the Generals open up the season against Mira Monte.