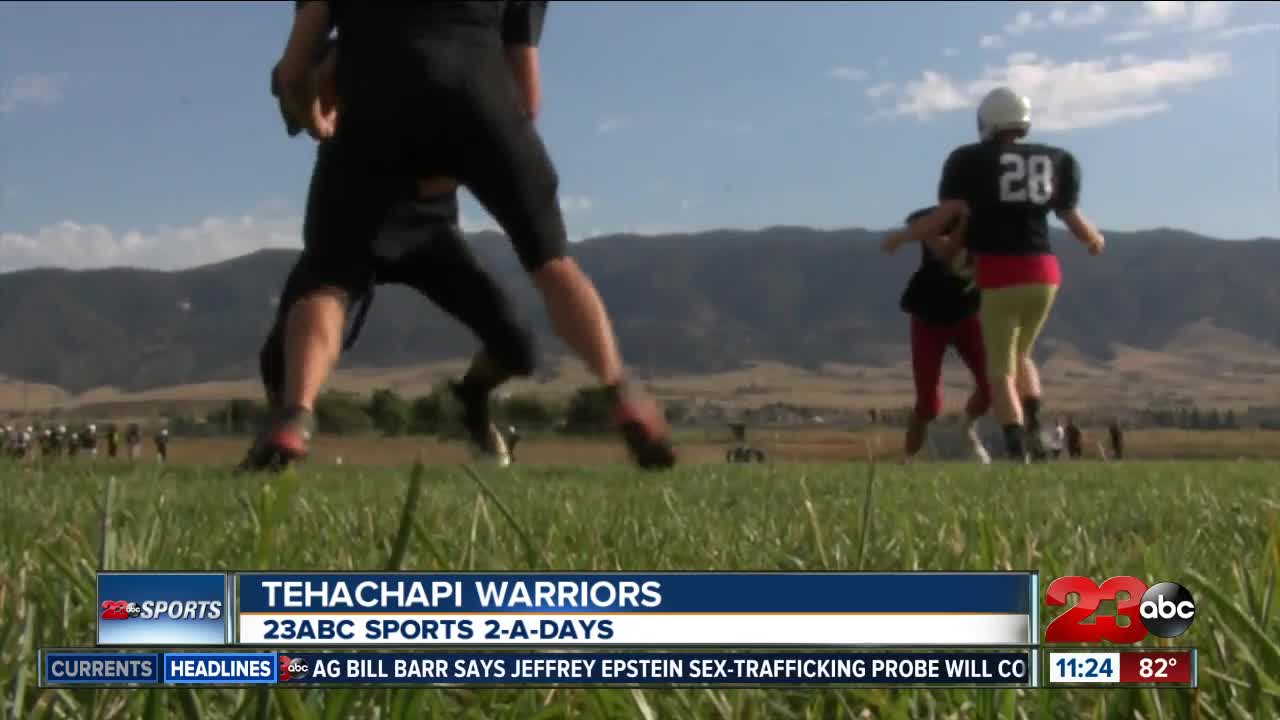 Degeer led the Warriors to seven wins in his first season, but the team has struggled since then. A year ago, they were only able to tally two total wins.

Their coach is looking to step back in 2019 and rebuild from last year’s woes.

"I'm just kind of simplifying some things. We're kind of looking to scale things back a little bit and just get good at the little things and focus on a few things rather than being too complex and trying to do too much, just play fundamental football,” Degeer said.

Something the Warriors would like to improve on is their passing game and senior wide receiver already has faith in his new quarterback, Jake Tye.

Tye has a chance to grab the reigns as the starting QB come week one after spending last season on the Warriors junior varsity team.

"He's an upcoming junior, he's just taken leadership of this team and it's great to see that. He knows the team very well, he knows how to read defenses very, very well and it's just a great time to be out there with him,” Batson said.

The throwing and catching duo will get to showcase what they've been working on when they open up in a tough matchup against Wasco.